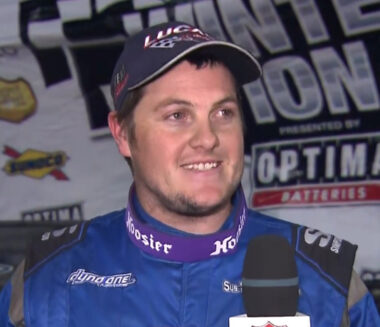 Ricky Thornton, Jr. proved in 2020 that he belonged at the top level of Dirt Late Model racing. And so far in 2021, he is continuing to demonstrate that very thing.

After pairing with SSI Motorsports last season, Thornton scored two very impressive wins when he earned $20,000 from a World of Outlaws Morton Buildings Late Model Dirt Series feature at the Jackson(MN) Motorplex in May then added another $20,000 Lucas Oil Late Model Dirt Series triumph in the Pittsburgher 100 at the Pittsburgh Pennsylvania Motor Speedway. And now, the Chandler, AZ native and his team are set to chase Rookie of the Year honors with the Lucas Oil tour in 2021.

The 30-year-old racer who has achieved numerous Modified wins got off to a good start this season by winning one of the features in the Keyser Manufacturing Wild West Shootout at FK Rod Ends Arizona Speedway. Thornton’s performance was particularly impressive considering that he was competing against the likes of Jonathan Davenport, Tyler Erb, Mike Marlar, and Brian Shirley in those races.

However, the No. 20RT Longhorn Chassis team did not get off to the start they would have hoped for when the Lucas Oil Late Model Dirt Series ventured to Florida to kick off its 2021 campaign. Thornton failed to make the feature in the first two events of SpeedWeeks at All-Tech Raceway and East Bay Raceway Park. When he did transfer to the feature in the third race of the season, the result was less than inspiring after a 20th place finish was recorded.

At that point, though, things turned in the right direction in a major way. Thornton scored five top-10 finishes over the course of the final six races of LOLMDS SpeedWeeks, including a $10,000 victory on Monday night at Bubba Raceway Park. 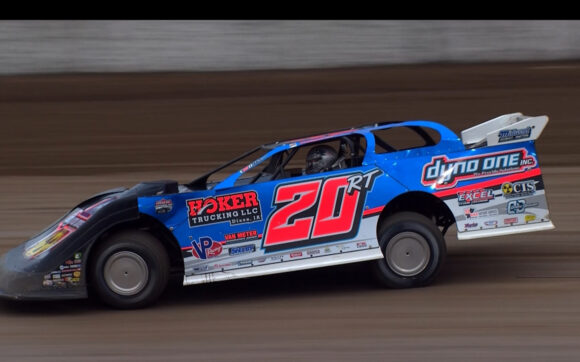 The series decided to count the best five finishes out of the nine races held in Florida toward season point totals which allowed the SSI Motorsports team to receive points for a win along with a 6th, 7th, and two 10th place efforts. With those results counting toward his totals, Thornton now sits 7th in the overall Lucas Oil standings.

In his victory lane interview at Bubba Raceway Park, Thornton stated his relief at picking up a win so early in the year.

“It definitely does,” Thornton told MavTV Plus. “We struggled at All-Tech and really at East Bay. It was more probably me than the car. The end at East Bay was a confidence booster and to come here and run as good as we did, this place is definitely tricky. It definitely says a lot about our team and how excited we are for the year.”

The Lucas Oil Late Model Dirt Series races next on the weekend of March 19th & 20th at Ohio’s Atomic Speedway and Brownstown(IN) Speedway.