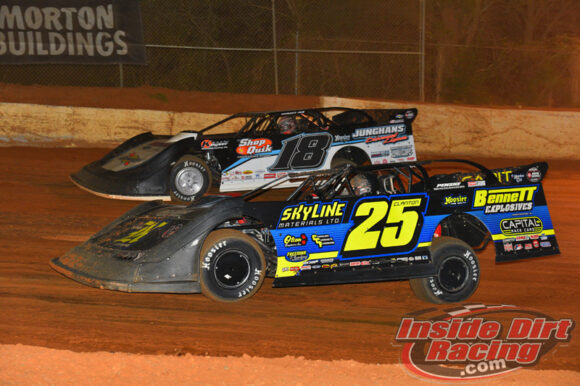 We don’t really have any way of knowing how much longer the postponements and cancellations of races will go on as a result of the Coronavirus pandemic. What we do know is that both the Lucas Oil Late Model Dirt Series and the World of Outlaws Morton Buildings Late Model Series have been forced to shelve multiple events and that most regional tours have also lost or had to reschedule some offerings. Furthermore, most tracks that operate on a weekly basis have delayed or paused their seasons. The possibility of no racing well into and perhaps even through April appears to be very real.

However, another thing we know is that tracks and teams want to race. We can see the evidence of that in postings made to social media as cabin fever has already begun to take hold throughout the racing world on all levels.

Before going any further, the major concern regarding the world-wide outbreak of COVID-19 is that everyone gets through this and comes out on the other side safe and healthy. Racing doesn’t matter very much in comparison life and death.

That said, many tracks very much depend the attendance generated from national touring races and regional series events to balance their bottom lines. As a result, facilities that have lost or expect to lose those races will, in all likelihood, want to reschedule. And it would seem reasonable to think that once given the go-ahead from national, state, and local governments, the populace will be ready to burst out of their homes in search of some form of entertainment.

Each series would no doubt love to run as many races originally posted on their schedules as possible in whatever amount of time is left in the 2020 season once the quarantines have been lifted. That will call for rescheduled races to be contested under some unusual circumstances.

In years past, the national tours have often worked in concert with each other by not scheduling races that compete against the bigger shows. That has allowed drivers and teams who normally race with one series to enter higher paying and more prestigious events sanctioned by the other series without missing contests on their own circuit.

That simply may not be possible throughout the remainder of 2020, whenever the racing is able to resume. We have already seen one instance of that as the Lucas Oil Late Model Dirt Series re-set the events originally slated for April 3rd and 4th at 411 Motor Speedway and Talladega Short Track to the weekend of June 26th and 27th.

That move will put those LOLMDS races in conflict with the Firecracker 100 weekend at Lernerville Speedway. Previously, Lucas Oil regulars have been able to compete for the $30,000 first prize in Pennsylvania but that will not be possible this year.

There will almost certainly be more instances of such scheduling conflicts once we finally see just how many national shows have to be moved around on the calendar.

Regional races will likely see the same type of impact on their schedules. Where tracks might have been able to work around each other in years gone by, that may not be as easy with a more compact calendar in place for whatever is left of the 2020 campaign.

Undoubtedly, most of the tracks and the series will do their best to accommodate each other. But the window is going to be much tighter and everyone ultimately has to do what is best for the survival of their track and/or series in the end.

Of course, the major stumbling block as of right now is that no one can say for sure just how many races will eventually be missed. We are accustomed to dealing with weather postponements and cancellations, particularly in this time of the year. However, multiple schedule changes due to the outbreak of an illness has everyone sailing in uncharted waters.

Again, the primary concern is that everyone emerges from this situation in the best of health. That said, there will be more need than ever for promoters, fans, and teams to have patience and understanding as this all plays out.