Playoffs Should Never Be a Part of Dirt Late Model Racing 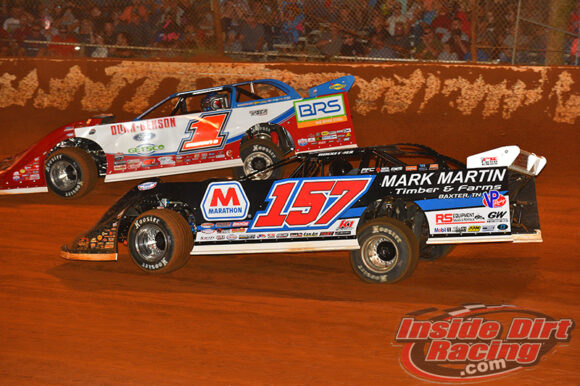 I recently posted a column on our sister website, InsideCircleTrack.com, describing how the NASCAR Playoffs format has finally won me over. For years I protested against the way in which the Monster Energy NASCAR Cup Series decided its champion by resetting the point totals with ten races remaining on their schedule then using elimination rounds in the style of a TV game show to finally whittle their way down to an eventual winner. However, watching the events of the past couple of years play out, I have come to the enjoy the drama, staged as it may be, provided by the format. With massive television contracts, sponsors dumping vast amounts of money into the sport, and multi-million dollar organizations vying for glory, I have come to realize that entertainment value has to be taken into account.

All that said, I hope Dirt Late Model racing never opts to use this type of system to determine champions. whether it be on a national, regional or local level.

With each of the two national tours having their titles decided prior to the final features of the season, this could potentially be a time in which someone might consider offering up such a plan. A ceremony recognizing Jonathan Davenport as the Lucas Oil Late Model Dirt Series champion was held before the season finale Dirt Track World Championship in Portsmouth, Ohio even took the green flag. And with two races still to run at The Dirt Track at Charlotte for the World of Outlaws Morton Buildings Late Model Series, Brandon Sheppard has already secured the trophy.

Still, it is my view that a NASCAR-style system would not be beneficial to dirt racing.

Consider some of the reasons why Playoffs could never work for Late Models.

First, it has always been my contention that the NASCAR Playoffs format takes away from the individual races, particularly those in the early and middle parts of the season as drivers simply race to accumulate points to assure themselves of a place in the final run to the title. A promoter that is putting up big money and running the risk of hosting a national touring show does not want to hear drivers who played it safe over the course of the feature get out of their cars and tell the assembled crowd over the PA system that it was a “good points day”.

Second, consider that each of the two national tours typically only have twelve or so drivers to run the full schedule. NASCAR issues 36 charters to its competitors and invites sixteen into their final stretch run which gives more teams something to race for and fans of more drivers hope that their favorite can be crowned at the end of the year. The number of drivers who would take part in a Dirt Late Model playoff would have to be greatly reduced from sixteen which could potentially generate less excitement.

Third, the weather would play too much of a role in a playoff format on dirt. NASCAR, with its next-clear-day policy, is going to run its scheduled races unless there is some sort of major catastrophe. Dirt racing does not operate under such guidelines. No promoter is going to agree to run a race on a Monday morning after a rainy weekend. As a result, the playoff originally meant to consist of ten races might wind up as a seven, eight or nine race affair instead.

And finally, the season for this form of racing is meant to be a marathon rather than a sprint. With races being conducted from February to November, those who can make the long treks from track to track on back-to-back nights and grind through the cold of winter and the heat of summer are those who deserve the accolades.

While some may not like the fact that both national series had somewhat anti-climactic endings in terms of the points battles, the drivers will still have plenty to race for at the end of the season with many of the sport’s biggest events taking place in the late summer and fall of each year. And don’t forget, the past two seasons prior to this one saw at least one of the two tours not have their championships decided until the final lap of the final race.