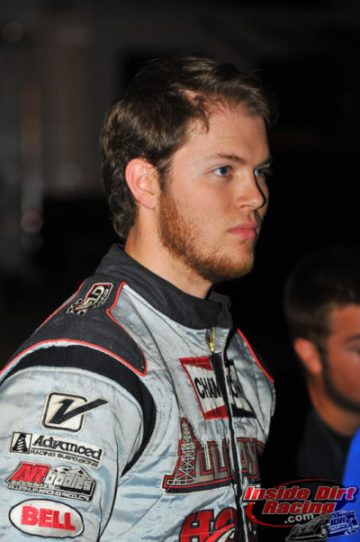 Rumors of a planned separation between driver Bobby Pierce and his Dunn Benson Motorsports team had been circulating for several weeks and those rumors were finally confirmed on Wednesday afternoon when a statement was released by DBM team owner Kemp Lamm. The Oakwood, Ill. driver plans to return to his family-owned operation following the upcoming Dirt Track World Championship later this month.

“Bobby has tremendous driving ability and talent for someone only 21 years of age,” Lamm declared. “It has been exciting to watch him drive our car this year winning 4 events and coming from the rear to the front on so many occasions. I offered him an opportunity to return as our driver in 2019 and compete for a National Championship, but he informed me that he wants to return to driving his family owned team in 2019. We wish him well on his 2019 plans. Hopefully we can get one more win with Bobby at the DTWC.”

According to the release from Dunn Benson, Pierce informed the team of his departure on October 9th but it would seem likely that planning for the move dates further back than that particular day. Despite the looming change, Pierce and the team have turned in two of their best performances in recent weeks.

Pierce currently ranks seventh in the Lucas Oil Late Model Dirt Series standings and has compiled four wins on that circuit. However, two of those wins have come within the past three weeks.

On September 23rd Pierce took the Dunn Benson car to victory lane in the $20,000-to-win Jackson 100 at Indiana’s Brownstown Speedway. A late race pass of Jonathan Davenport secured the triumph for the ‘Smooth Operator’. It was the first win for Pierce in 2018 that paid more than $12,000.

This most recent weekend saw Pierce and crew collect another $20,000 by winning the Pittsburgher 100 at the Pittsburgh PA Motor Speedway. The victory, much like that in the Jackson 100, came when the No. 32 passed by one of the sport’s top stars in Jimmy Owens as the laps dwindled away to take the checkered flag. 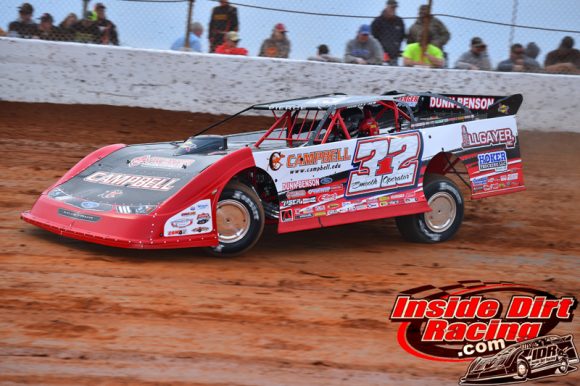 While the pairing of Pierce with Dunn Benson Motorsports may not have produced the number of wins and championship contention some might have expected, they have certainly saved their best efforts for last. And with the $100,000-to-win Dirt Track World Championship still remaining, there is still a major prize within reach.

Lamm stated in the press release that his team intends to continue racing next season and the plans are being finalized in regard to their future driver and sponsors.