Payton Freeman looking to gain experience on a bigger stage 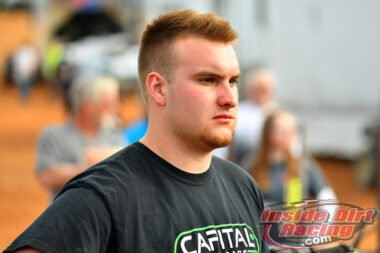 Payton Freeman went into the 2021 season with the intention of gaining experience as a first-year Super Late Model driver, but ultimately, he did much more than that. The Commerce, Georgia native earned the Southern All-Star Dirt Racing Series championship scoring two feature wins at Clayhill Motorsports Park in Trezevant, TN and I-75 Raceway in Sweetwater, TN along the way.

Now, the 19-year-old driver is looking to expand his racing efforts even further by tackling bigger shows in order to learn by racing against the best drivers and teams in the business.

This past weekend Freeman and his team did exactly that by entering the FloRacing Late Model Challenge at the Volunteer Speedway, and the Schaeffer’s Oil Spring Nationals races at Wythe Raceway and Tazewell Speedway. Those events featured the likes of Jonathan Davenport, Brandon Overton, Jimmy Owens, Chris Madden, Dale McDowell, Mike Marlar and even NASCAR champion Kyle Larson.

Freeman knows there will be struggles involved with taking on the best in the business but he believes his team will ultimately benefit. After all, this is a team that once had to overcome a shop fire that destroyed all of their equipment back in November of 2018.

“I think we’re getting close to there,” Freeman told InsideDirtRacing.com when asked if he felt good about how his career is progressing. “We’re competitive everywhere we go but we haven’t had much luck this year. We’ve been fast everywhere we’ve been whether it be late in the night or early in the night at most places. If we can get a few things to go our way, I think we have a really fast race car and I’ve got a lot more experience than what I had last year. Last year, that’s all we were looking for was experience and we ended up doing pretty good with that and being competitive and that’s all you can ask for. I think we’re on the right path to get where I want to go one day.” 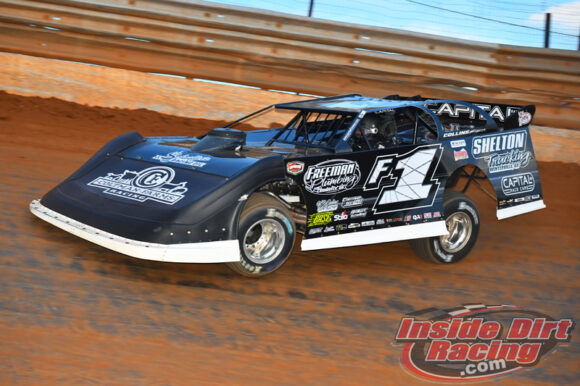 Payton freeman in the No. F1 Capital Race Car

Reflecting back to his Southern All Stars championship, the young driver was proud to have his name placed alongside those of previous series titlists such as Ronnie Johnson, Dale McDowell, Duayne Hommel, Randy Weaver and Riley Hickman.

“That was a special deal being the longest running series in the South, winning it was a rookie and everything like that was pretty cool,” Freeman declared. “That was a lot of fun and we learned a lot with that deal and got us a couple of wins out of it as well as the championship. I couldn’t ask for no more out of last year. I think we had the opportunity to win a few more races than what we did but that was part of learning. Like I say, I’m happy with where we are and I’m proud of what we’ve done.”

The No. F1 crew isn’t as focused on entering their Capital Race Car in a single series this season as much as they are on working to get better. Along with that will come some visits to new tracks and even more competition.

“I think this year, we’re going to try to win as many races as we can, but at the same time, we’re going to have to get our butts kicked a little bit,” the driver pointed out. “Stepping out is a part of that, going to these bigger shows such as here(Corum Memorial at Tazewell) and Eldora, and pretty much everywhere we’ve been have all been big races. That’s part of being young and trying to get experience is getting your butt kicked a little bit. That’s part of it but we’ll do everything we can to learn and hopefully in the future it will pay off.”

Going up against those he raced with this past weekend is never easy for anyone but the former high school football star’s inexperience adds even more difficulty. But the kind of experience he hopes to acquire cannot be gained by staying at home.

“That’s kind of what we wanted to do is race against those guys and see where we stand up. Anytime you race against them guys, no matter where it’s at, it’s super tough. On top of that, I’ve never been to any of these tracks that we’ve been to this weekend.”