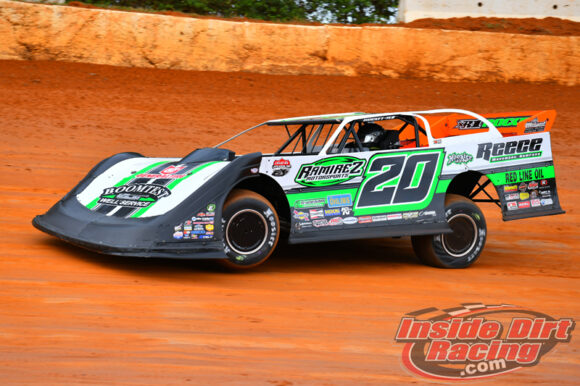 The Lucas Oil Late Model Dirt Series made its second ever visit to 411 Motor Speedway on Friday night to kick off a two-race weekend that will also see the national tour to Alabama’s Talladega Short Track on Saturday. At the end of the night on Friday it was series points leader Jimmy Owens who turned in a dominating performance and left the Seymour, TN facility with a $12,000 winner’s check and a trophy in his possession.

It was the Newport, TN driver’s 68th career Lucas Oil Late Model Dirt Series victory which was met with a loud ovation from the fans known as Owens Nation.

Jimmy Owens led Group A qualifying with a lap of 13.491 seconds around the 3/8 mile clay oval to better the efforts of Donald McIntosh, Cory Hedgecock, Vic Hill and Josh Richards.

Shanon Buckingham proved to be fastest in Group B time-trials with a time of 13.637 seconds to beat out Ryan King, Jonathan Davenport, Shane Clanton and Hudson O’Neal.

Jimmy Owens took the win in the first heat race of the night over Cory Hedgecock, Kyle Strickler and Josh Richards while Donald McIntosh topped the pack in the second preliminary by outrunning Vic Hill, Brandon Overton and Zack Mitchell.

Jonathan Davenport was the victor in the third heat ahead of Shanon Buckingham, Hudson O’Neal and Logan Roberson then Shane Clanton grabbed the win in the fourth and final heat race of the night by beating Ryan King, Dale McDowell and David Crabtree to the finish line.

Tanner English and Kyle Bronson won the two B-main races used to set the remainder of the starting grid for the main event. 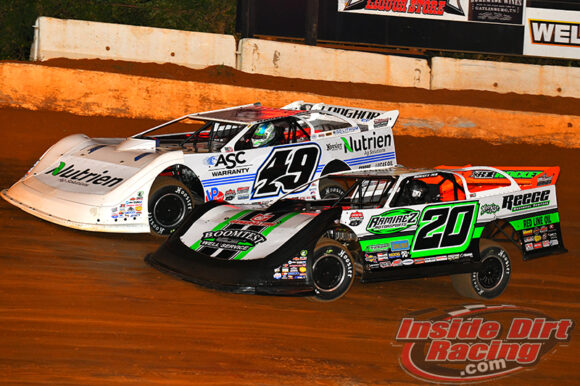 At the start of the 50-lap feature Owens surged to the early lead ahead of Davenport, McIntosh, Clanton and Hedgecock. Clanton went on the move early in the going as he took third away from McIntosh on lap 3.

Overton began to work himself into contention on lap 5 when he passed by Buckingham to grab sixth. As Owens began to pull away, McIntosh and Clanton renewed their fight for third while Overton moved around Hedgecock to claim fifth. 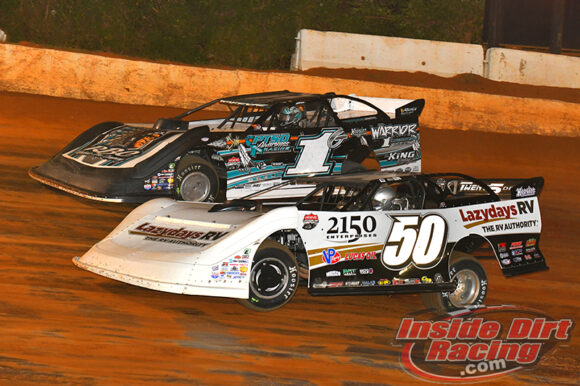 Overton’s climb continued on lap 10 when he wrested fourth away from McIntosh. But off in the distance, Owens had built up a lead that measured a full straightaway by that time.

Owens encountered slower traffic on lap 14 but the No. 20 Rocket Chassis maintained his significant advantage as he picked his way through the machines he was putting a lap down.

Just past halfway, Davenport, Clanton, Overton and Hedgecock raced in tight formation for positions 2-5. Overton took third away from Clanton on lap 32 then moved by Davenport for the runner-up spot on lap 36. 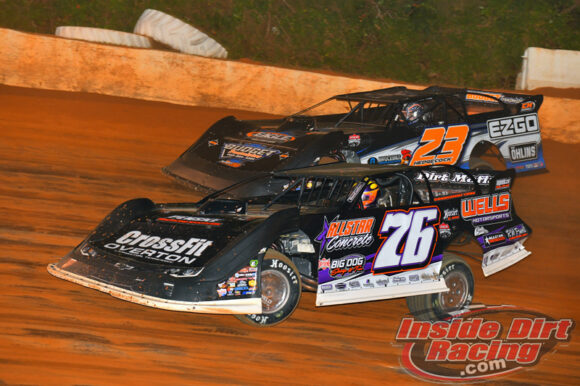 At the same time, Owens had jetted out to a lead of half the distance around the track.

With the leader cruising, those in arrears were left to settle the remaining positions over the closing laps. Hedgecock assumed third by passing Davenport on lap 43 in what looked to be the final move of the race within the top-5. However, the second running Overton tangled with the slower machine of Kyle Hardy on with just over one lap to go to bring out a yellow flag.

Owens went unchallenged on the restart and sailed under the checkered flag to stake claim to the win.