Home News Ogle cruises to Clash victory at The Gap

Ogle cruises to Clash victory at The Gap 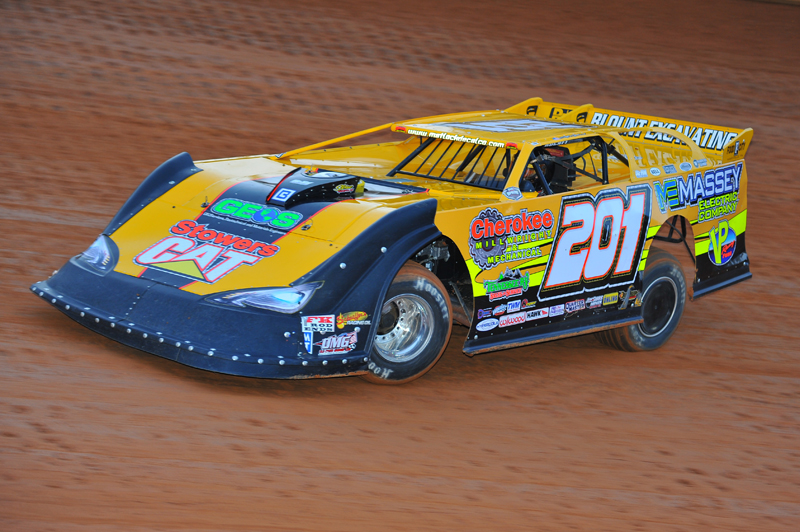 Billy Ogle Jr. turned around his recent misfortunes by dominating the Carolina Clash series race at Volunteer Speedway on Saturday night. In recent weeks, Ogle has had two engine problems before his night could begin and a poor qualifying effort in another. But Ogle put that, along with the rest of the field, behind him for the $4,000 win.

Ogle Jr. would zip to the lead on the first lap over Chad Ogle and Vic Hill. Ogle’s only threat came from lapped traffic and a couple of late cautions. Hill would get around Chad Ogle late in the race to score a second place finish. Anthony Burroughs and Kennie Compton Jr. rounded out the top 5.

The limited late model race also drew 24 cars led by Trevor Sise who claimed the pole position for the 35-lap feature. Ross White grabbed the early lead over Sise as the field took the green. Fourth place starter Jason Trammell moved by Sise into second and began to battle White for the lead. As the two battled for the lead, Jason Welshan got around a fading Sise for third. Welshan would chase down the two leaders to make it a three-car battle.

Trammell would grab the lead on lap 22 and went on to take his 80th career late model win in a 13 year-old Rayburn chassis. Welshan got around White for second. Jason Manley and Jensen Ford were the other top 5 finishers.

Welshan did score a win in the crate late model feature. Tim Byrd was second followed by Tim Maupin in third.

Kurt Owens made a late pass on Gary Blanken to win the modified hobby race.