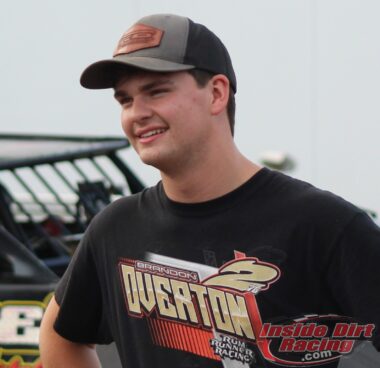 Ever since joining the ranks of Super Late Model racing midway through the 2021 season, Eli Beets had been knocking on the door of his first win in that division. That door has now been kicked in.

The Knoxville, Tennessee driver notched his first Super Late Model win in a $7,500 Valvoline Iron-Man Late Model Series event on May 14th at Lake Cumberland Speedway in Burnside, Kentucky then followed that up with another $5,031 victory on that same track in a race sanctioned by that same series on May 29th.

Those wins served as milestones in the career of this rising star. They also demonstrated that Beets is learning his craft effectively in these more powerful machines.

“I wouldn’t say it was like a weight lifted, but when you get the first Super Late Model win, or the first win period, the rest of them get easier,” Beets told InsideDirtRacing.com. “You learn how to lead races, how to work traffic, everything just sinks in and gets a little easier.”

Beets got plenty of practice at leading in his most recent victory as he paced the field for all 40 laps of that feature.

Beets, who had become an accomplished Crate Late Model driver before entering the Super Late Model ranks, is not sure any driver’s progression can be scheduled. Rather, success in the top forms of this sport is determined by feel and the gaining of understanding.

“I don’t know if you can put a timeline on it, Beets explained. “Some people learn it pretty quick and I would like to think I learned it pretty quick. You just kind of learn it as you go.”

Part of that learning is picking up on the intricacies of driving a Super Late Model compared to those of a Crate Late Model. Beets demonstrated that last Sunday at Lake Cumberland.

“Last night, it got kind of dirty around the middle and top but I had enough motor that I could drive off in the corner and let them know(slower cars) I was there by showing my nose and making some noise then drive on by down the straightaway,” Beets explained. “In a Crate car it would have been a lot harder to do, to get a big run like that and let them know I was there.” 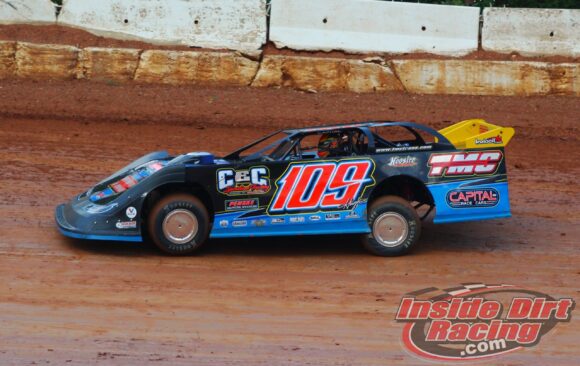 Eli Beets in his No. 109 Capital Race Car

Those intricacies apply to more than just driving style. Knowing the car’s needs and how to best suit the driver’s style is critical. According to this young racer, the setup window on a Super Late Model is very small compared to other cars he has driven which makes pre-race preparation important.

“It’s kind of weird because on the Super you have your box for a setup and the area where you can miss the setup is so small,” he pointed out. “But if you do a little bit too tight you can use the motor to turn the car. It’s almost a little easier to drive but a lot harder to race, if that makes any sense.”

There is more to Eli Beets than his racing career. He recently completed his education at Knoxville’s West High School and is looking forward to the next chapter in his life apart from racing. But racing will still be very much a focal point.

“I don’t think it’s really sunk in yet,” he said of high school graduation. “It probably won’t sink in until my first day at the University of Tennessee. I am enrolled at U.T. for Mechanical Engineering next year and I’m pretty excited about that. I plan to live at home so I can have some time to work in the shop instead of running around on campus.”