New crate series looks to keep costs down for racers

One thing is for certain, there is no lack of traveling series in dirt late model racing. But one series is looking at keeping costs down for the racers.

The new American Crate All-Stars series is set to hold its first race for the Charles Trammell Memorial at Tazewell Speedway on Saturday night. It is the first of what could be a 20-race schedule for the 2019 season. 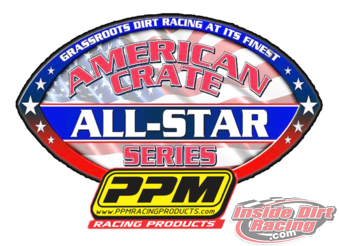 Former driver and car owner Sam Phillips came up with the idea to start the new series last June. Phillips said a number of crate late model drivers were discussing the rising costs in the crate late model division and were hoping someone would start a new series to keep down some of those costs. After several conversations, Phillips decided to start the American Crate All-Stars Series.

“Some of the drivers had been talking for about a year they wished somebody would start a series where they’d be on equal par with everyone else,” Phillips said. “So I decided to do it myself.”

Phillips said after he announced his new series last falls he has fielded calls from drivers in such states as Illinois, Indiana, Ohio, Maryland, Kentucky, and Tennessee as well as other states. He had several meetings with drivers and promoters in the Virginias plus Tennessee and Kentucky.

“When I had these meetings, the first thing they would ask is ‘what are you going to do different from everybody else’,” Phillips said. “My response has been there are two things we are trying to do. One is not to implement a spec tire or spec shock rule. The other is to allow them to race with things they already have. Many drivers asked us ‘don’t make us buy something else’ and that’s what we’re going to do.”

Currently, the American Crate All-Star Series has 16 races on the schedule, but Phillips expects as many as 20 races once other promoters take a look at his first few races.

Phillips has hired Joseph Rush out of Beckley, West Virginia to be the series vice president and race director. Veteran driver Travis Fultz will be the technical director.

Phillips said cars will be thoroughly checked both pre-race and post-race tech.

“We’re not going to turn out heads and look the other way,” Phillips stated about checking cars. “We’ve opened up the tires and the shocks so they can run what they already have. We have our rules in place and it’s up to the drivers to show up legal so everyone will be on a fair playing field.”

Phillips is excited about the start of the series and season this Saturday at Tazewell Speedway. He is hopeful many of the interested drivers will be at the first race to get off to a good start. A $20,000 points fund will available at season’s end along with a couple of mini-series that will pay bonus money.