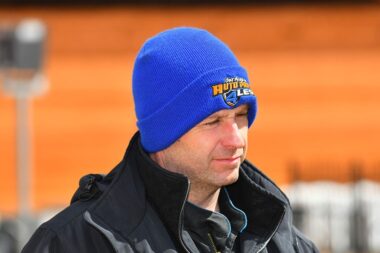 The 2022 season proved to be one of the best campaigns Mike Marlar has ever had. And that’s saying something considering the Winfield, Tennessee native has been one of the most successful Dirt Late Model racers of the past decade. In all, the No. 157 Longhorn Chassis wheeled into victory lane 15 times during the course of the year while also piling up an astounding number of top-5 finishes.

But it wasn’t just that the 44-year-old driver won features. Marlar’s season seemed to gain momentum throughout the year in much the same way other drivers have experienced leading into a big succeeding year.

Jimmy Owens ended 2019 on a strong note then went on to win the 2020 Lucas Oil Late Model Dirt Series championship. Brandon Overton and Tim McCreadie got hot at the end of 2020 which led to Overton piecing together a highly successful 2021 while McCreadie earned his first LOLMDS title that year. Jonathan Davenport had things rolling his way at the end of 2021 then recorded an amazing 2022.

Could it be that the momentum Marlar has built up at the end of 2022 will lead to a highly productive 2023?

“A lot of that is possible,” Marlar said in an interview with InsideDirtRacing.com. “I think we can. You know, every year they change rules. We’ve had runs going and they’ve changed the rules and slowed us down a little bit but I don’t think there’s any big rule changes coming. I think next year will be on the same type deal as this year. We’ve been a full year plus a couple of months in the Longhorn and we’re learning a little more and doing a little better with it, tuning it every night, and that’s helping a little bit.”

Always quick to point to his car owner and team members Josh Davis and Jerry Sprouse as contributors to his success, Marlar believes he has all the elements in place to compete at the highest of levels of Dirt Late Model racing. Further, his crew’s longevity works very much in their favor.

“We’ve got a great team and a great bunch of sponsors and Ronnie Delk has given us great equipment for a long time now,” Marlar pointed out. “Next year we’ll be starting our tenth season together and that’s kind of a milestone in racing. Yeah, there’s a lot of good indicators, I feel like.”

Marlar and the Delk team are hitting their stride with their Longhorn Chassis and Bilstein Shocks. The 2018 World of Outlaws CASE Construction Late Model Series champion explains how that will be beneficial as they face quick turnaround going from 2022 to 2023.

“There’s not much of an off-season,” Marlar stated. “We’ve actually got a new car built for next season already. We’re trying not to race it if we can get through the last couple of weekends without tearing anything up too major we can go home and just chill out a little bit.”

The relatively short period of downtime will give team members an opportunity to focus on activities outside of racing.

“Josh and Jerry are going to take vacations and I’m actually going to go to Florida to do some hurricane work this winter,” Marlar said. “After Senoia, we’ve got our Winfield Warrior 5K on a Saturday. Other than that, I think I’ll go to Florida and maybe take a vacation. But yeah, we kind of go at it all the time. There’s not a lot of time for anything else but it’s something we enjoy getting to do and we try not to take it for granted.” 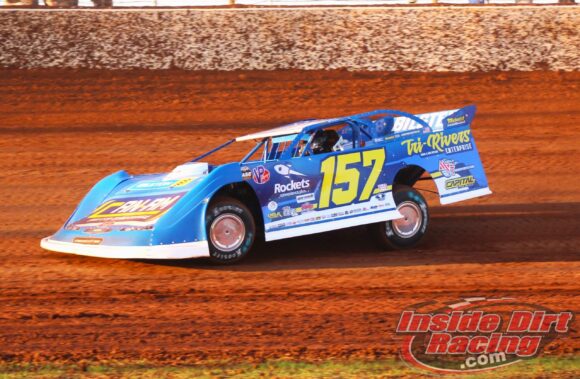 Mike Marlar had a strong 2022 season

The only three-time winner of the Lucas Oil Knoxville Late Model Nationals did a lot of racing in 2022 but with good reason. Not only was he winning, there was a lot of money available and the ‘Winfield Warrior’ certainly claimed his share.

“I think some of it is paying very good money and all of it’s paying a little better,” he declared. “It’s been cool to get to race a lot of races and to race for good purses. When we had Covid and introduced live streaming into it, some smart people saw this coming, but I wasn’t one of them. I didn’t realize we would be entertaining so many people now.”

With all the travel that was added this season by those who chose to chase the money, there has a great deal more recognition due to the increased audience. So, is this the same sport it was last year at this time?

“I think it is,” Marlar answered. “The racing, I feel like is pretty much the same, but the audience is a whole different animal. I’ve been places and I can tell more people are starting to notice who I am in public places because so many people are watching racing now. I can see that our reach is getting far broader than what it used to be and that’s helping the purses and they should continue to grow. It’s like a snowball rolling down a hill, it’s getting a little bigger and a little faster all the time. It’s a good time to be doing this, for sure.”

Even as difficult of a lifestyle as racing can be, this driving star counts himself lucky to be living it.

“There’s a lot of people out there doing jobs they don’t like. That we get to do this one makes us feel pretty fortunate.”