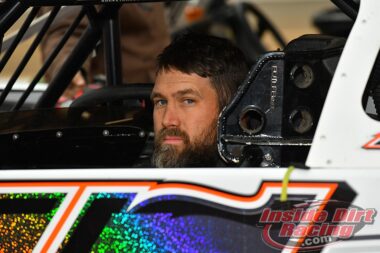 In what should have come as no surprise to anyone who follows Dirt Late Model racing, Michael Chilton turned in a very solid effort during this past 2022 campaign. In fact, the Salvisa, Kentucky racer performed well enough to be rewarded not once but twice for his accomplishments during the most recent season.

The 36-year-old driver earned championships in both the Valvoline Iron-Man Late Model Series North and South divisions. During the year, one victory was achieved in June at Portsmouth(OH) Raceway Park and another in September at Ohio’s Atomic Speedway. Those dual titles netted a total of $35,000 which will go a long way toward funding Chilton’s team in their future endeavors.

There were some unexpected twists along the way. The No. 97 Rocket Chassis was good at places where that had not necessarily been the case before and was not as good at other venues where success had come previously.

“We’ve only won twice,” Chilton told InsideDirtRacing.com. “We won at Portsmouth where I never thought we’d win because I’m not usually good there and we won at Atomic which is not one of my favorites. We usually win three or four races a year at places like Lake Cumberland and Ponderosa but we got our asses kicked there every time we went to those places. We weren’t far off but we just got beat there. It’s been a good year overall. Money wise, it’s probably been one of the better years I’ve had even though I didn’t have as many wins, but you’ve got to take what you can get.”

Following both the Iron-Man North and South tours caused Chilton and his crew to travel a bit more than usual over the course of the season. While there were times he might have had second thoughts about chasing two championships, that decision ultimately proved to be a good one.

“We’ve probably travelled as much or more than we ever have before,” Chilton pointed out. “Anytime you chase a points deal you might have to pass a $5,000 deal halfway between where you’re going that you might want to stop at but that’s part of it. It’s been a long grinding year doing this, but at the end of the year, it’s worked out for us.”

The 2022 season has seen a marked increase in the money being raced for by those Dirt Late Model stars who race all over the country. Those drivers may get more attention, but this regional standout says that is not without warrant.

“I feel like there’s definitely more attention on the national stuff,” Chilton explained. “They can go race for 20 grand at least once a weekend if not two or three times a week between Flo, Lucas, WoO and the XR stuff. The regional guys probably don’t get as much attention, but for what those guys do and the amount of work, I don’t see how they get done what they get done. It’s amazing that they get to race as much as they do and they get their stuff in tip-top shape. All of those guys work their butts off and they deserve every bit of that.” 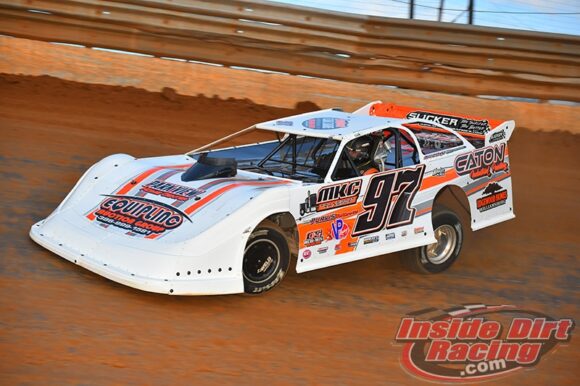 Michael Chilton in his No. 97 Rocket Chassis

At the same time, the veteran racer believes there has been a sort of ‘trickle-down effect’ for those who race on a less intensive scale.

“We might not have got shown(by streaming services) as much but that’s part of it,” he stated. “But the money has been good, even in the regional stuff, the money has been really good this year. We’ve raced for $10,000 more than we ever have. And this Iron-Man points deal, $10,000 to win the North and $15,000 to win the South and the $10,000 bonus(for following both) so that’s $35,000. For a regional team like us that stays within three or four hours from home, that’s pretty good money for us.”

Overall, Chilton gives his program a solid grade for their 2022 effort.

“Probably with our program and our maintenance I’d give us a B+ or maybe an A. Driver wise, I’m going to say B-. I’ve made some mistakes and probably lost us a couple of races this year, or maybe not lost races, but lost positions where I could have finished better.”