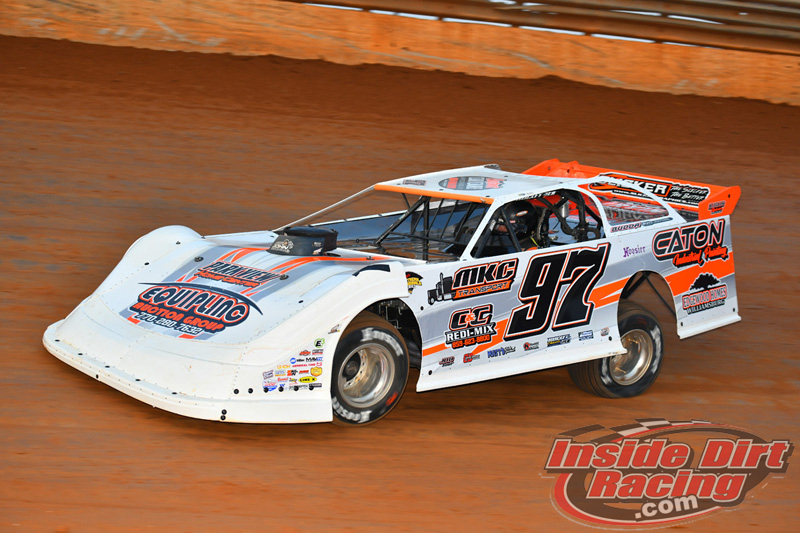 Michael Chilton got the win at the Taz

The Schaeffer’s Oil Southern Nationals staged its final points paying race of the 2021 version of the mini-series on Saturday night on the high banks of the Tazewell Speedway. When the dust settled, it was Michael Chilton who came away from the Tennessee track as the victor. The Kentucky racer received a paycheck valued at $10,053 for his efforts in a race shown live by FloRacing.com.

Donald McIntosh was crowned as the overall series champion at the end of the evening.

Cody Overton was quickest in Group B time-trials after he toured the track in 11.303 seconds besting Pierce McCarter, Vic Hill, Dakotah Knuckles and Michael Chilton.

Ross Bailes won the first heat race of the night and secured the pole of the feature by beating out Garrett Smith, Zack Mitchell and Brian Shockley then Dale McDowell took the second preliminary ahead of Kyle Strickler, Matthew Holt and John Llewellyn.

Michael Chilton earned a front row starting spot for the feature when he defeated Benjamin Cranford, Vic Hill and Ryan King in the third heat just before Dakotah Knuckles outran Pierce McCarter, Jason Trammell and Donald McIntosh in the fourth and final heat of the night.

Ahnna Parkhurst and Austin Neely won the two B-main races used to set the remainder of the starting lineup for the main event.

When the green flag waved over the 53-lap feature Chilton charged to the front of the field with Bailes, McDowell, Knuckles and Mitchell trailing. Just back of the top-5, Strickler and Pierce McCarter battled for the sixth position.

Things happen quickly at Tazewell and that was the case in this event as Chilton began to encounter slower traffic on lap 7. That allowed Bailes to close right onto the rear spoiler of the race leader. Soon after, McDowell closed in on the lead duo to make it a three car fight for the top spot on the leaderboard.

McDowell made a bid for second as he dropped inside of Bailes on lap 18. But the racing action came to a sudden stop on lap 19 when the sixth running car of Pierce McCarter flipped and end up on its top in turn three. The driver was uninjured in the mishap.

On the ensuing restart, Knuckles offered a challenge to McDowell for third and the two drivers raced side-by-side for two laps until Knuckles slid into the outside wall on lap 21 to bring out another caution.

King and McIntosh contested the fifth spot when the race returned to green on lap 26 while McDowell closed in and then passed Bailes for the runner-up spot.

Chilton appeared to be slipping away from his pursuers as the race hit the 15-to-go mark but slower traffic played a role and allowed McDowell to close in. As the laps clicked away, McDowell hounded Chilton for the lead but the No. 97 was able to fight off the threat and sail under the checkered flag for the win. 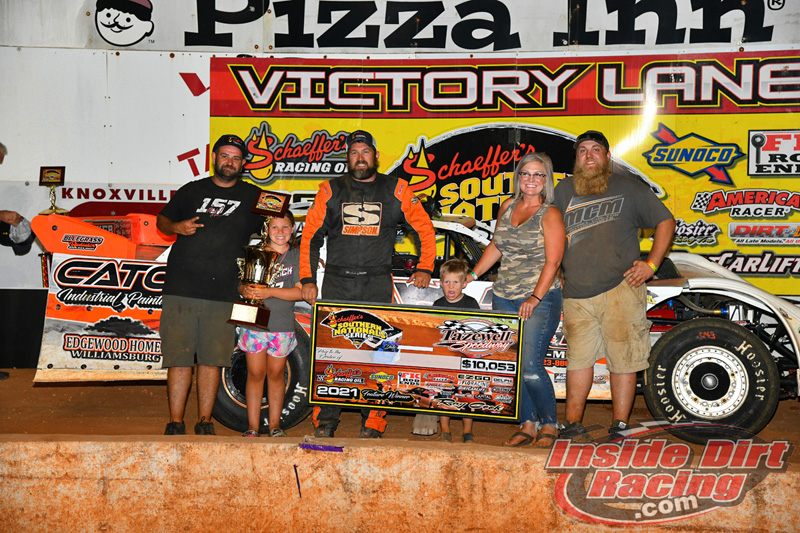 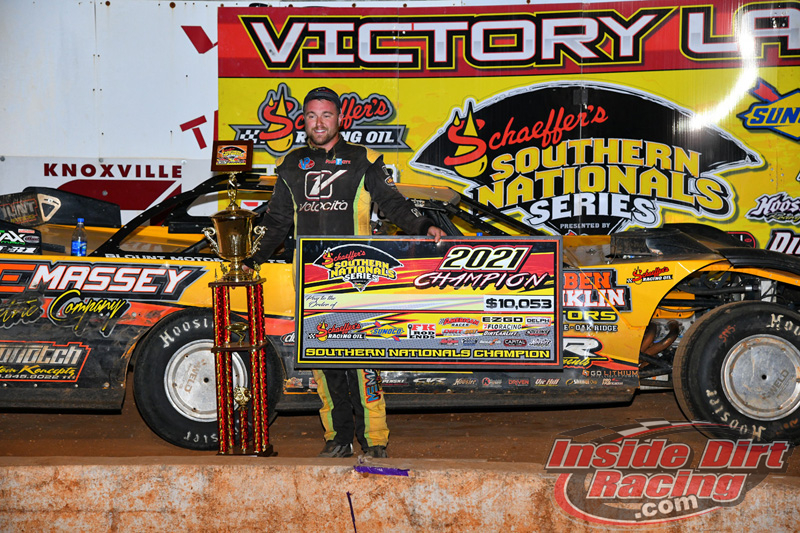