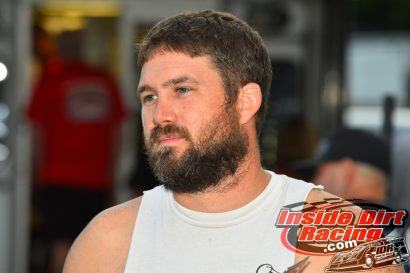 Michael Chilton has shown on numerous occasions that he can be very tough to beat when racing in his home state of Kentucky. However, the resident of Salvisa, Kentucky has also shown in 2018 that he can be a threat to win when he travels away from home as well.

Not only has the driver raced well in the Bluegrass State but he has also collected wins and scored solid finishes elsewhere this season. Chilton won a Spring Nationals event at Ponderosa Speedway in Junction City, Kentucky in April and followed that up the next night with a runner-up result at Florence Speedway. Since then, his greatest success has come outside the Commonwealth.

“It’s nice to get to race here at home,” Chilton declared in an interview with InsideDirtRacing.com. “We go out of our home area and we might struggle a little bit but we run pretty consistently tough whenever these guys come into town. With the cost of everything nowadays, who knows, if you run good and get your name out there you might pick up a sponsor.”

Chilton picked up a $4,000 Spring Nationals win on June 14th in Crossville, Tennessee to continue his success on that Ray Cook-promoted tour. And on August 24th the regular driver of the No. 97 Rocket XR1 Chassis proved that he could triumph in a relatively unfamiliar ride as he drove Chicky Barton’s No. 144 machine to a Southern All Star Dirt Racing Series victory at Smoky Mountain Speedway. Add to those wins, a pair of top-5 finishes achieved against the World of Outlaws Late Model Series regulars at Tennessee’s 411 Motor Speedway and Volunteer Speedway back in June. 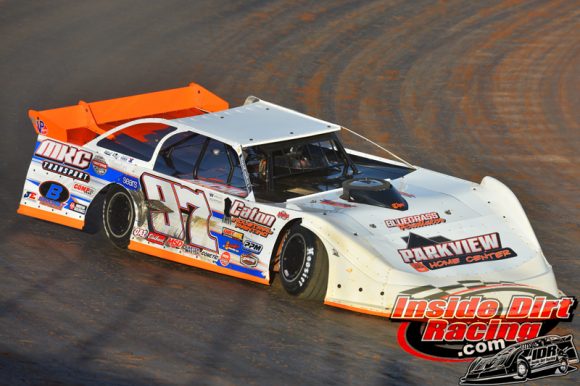 “We’ve been pretty good,” Chilton stated. “We started out real good but we went through a dry spell there for a little while. We’ve not been bad but we’ve not been as good lately as we were earlier in the year. I think we’ve stayed the same and everybody else has hit on something. We tried some stuff when we ran at Smoky Mountain in Chicky’s car and it worked pretty good. I think we’ve got something to build some speed off of now.”

The deal that landed Chilton in Barton’s car for the SAS race at Smoky Mountain was put together out of necessity on both parts. Barton was sidelined because of a recent knee surgery and Chilton’s regular car was having an engine freshened up.

“It worked out,” Chilton explained. “You couldn’t have asked for things to work out any better. We had a few breaks. I don’t know if we had the best car but we had a really good car either way. He had his knee messed up and I called him and asked if he was racing and he said he couldn’t with his knee messed up so I asked him if he would let me drive it and it worked out. It turned out to be pretty good.”

While there were similarities between the No. 97 and the No. 144, there were a few things to work out on race day. 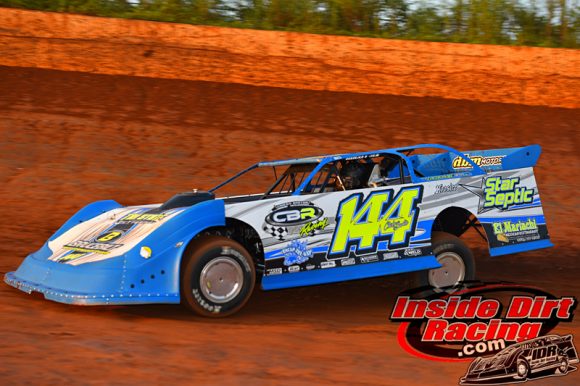 The racer says that comaraderie such as that shown between he and Barton is not all that uncommon in the realm of dirt racing.

“That’s kind of how it is,” he said. “You’ll get together with a guy one week and then the next week be big buddies. In dirt racing it seems like everybody kind of helps everybody else out. It’s like a big family thing. Everybody gets mad at each other sometimes but at the end of the day there probably isn’t a guy in these pits that wouldn’t help somebody else out if he needed it. It makes it nice to know that if you ever needed anything there are guys who would help you out.”