Every Dirt Late Model team has that one or two crew members apart from the driver or the team owner who are reliable and capable. But a growing problem in the sport, according to more than one crew chief, is that the number of people who are looking to get into racing as crew members and spend the time honing that craft is diminishing at an almost alarming rate.

In a recent piece posted on this site prior to this summer’s Southern Nationals, crew chiefs David Bryant(Blount Motorsports), Harold Holly(Rum Runner Racing) and Barry Wright(Barry Wright Race Cars) all expressed that a shortage of help who were willing and able to go on the road for two weeks was a concern. With all the traveling involved with this sport and all the work required in the shop it is becoming more and more difficult for teams to find capable crew members who can not only perform the work but are also willing to spend the amount of time necessary for success.

In this piece, Shane McDowell of Shane McDowell Racing and Mike Nuchols of Warrior Race Cars discuss the difficulty of finding workers for their race teams. Both team leaders point to long hours in the shop as well as on the road and a lack of desire to learn the craft of preparing a race car from the ground up as problems in regard to finding enough quality help. 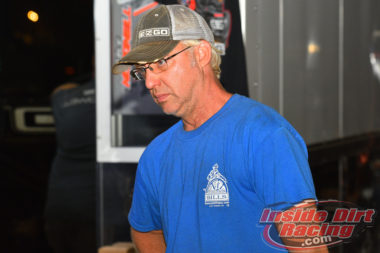 “It’s extremely hard,” McDowell told InsideDirtRacing.com. “A lot of the teams battle that and we’re one of them. I mean it’s just really, really hard because of the lifestyle it is and the hours. It’s not a set schedule and it’s a ton of work for what money is out there to be paid so you’ve got to have a passion for it. With the younger generation that’s coming up now, there just doesn’t seem to be as many involved in the sport as there was when I was coming up in it. We’ve fought trying to have good help on the race team for a long time but it ain’t got nothing but tougher and tougher.”

Nuchols, who has even used social media as a tool for reaching out to potential crew members, echoed McDowell’s thoughts, particularly regarding the number of new people coming into the sport.

“People don’t have motivation right now to work from sun up to sun down,” Nuchols insisted in a separate interview with InsideDirtRacing.com. “It’s hard. Like I’ve said on Facebook, I volunteered my time to learn this craft and now people don’t want to learn this craft. They expect to be paid a bunch of money to learn a craft that has taken most of us 20 years to learn and they want to be paid a bunch of money up front to learn it. A lot of us paid our dues and spent years and years and even paid for our own pit passes just to be around it.” 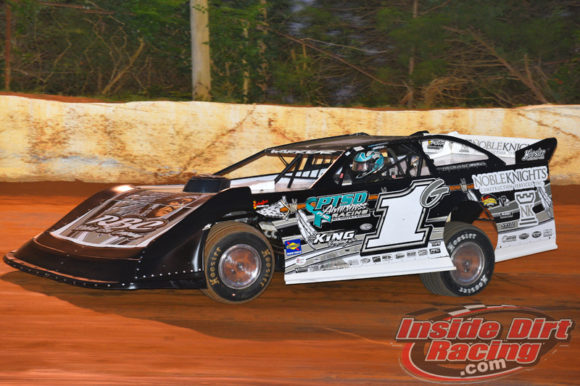 Like Nuchols, McDowell began working on race cars at an early age as he assisted brother Dale in his racing endeavors. Then after a short time in which he himself drove, the younger of the two brothers settled into the role he has maintained for years. As he sees it now, there just aren’t the same number of young people looking in that same direction.

“When I was younger the pay didn’t matter as much because I just wanted to do it,” McDowell recalled. “I was glad to be able to make any kind of money doing it. I was doing sheet metal work and I cut my first body out when I was nine-years-old. I grew up around it, my dad raced and there’s eight years difference between me and Dale. He started when he was 14 so I wasn’t but six. I started racing when I was 14 then I quit and me and him teamed up just so we could keep doing it.”

Long hours in the shop and on the road can serve as deterrents for many once they have gotten a feel for playing the role of racing crew member. Hours can lead to days which can even lead to weeks of time spent in a hauler running up and down the road to the next track and then the next track. And once off the road, the work only begins as chassis, engines, bodies, tires, shocks, and even the hauler itself have to be tended to in order to get ready for the next trip. 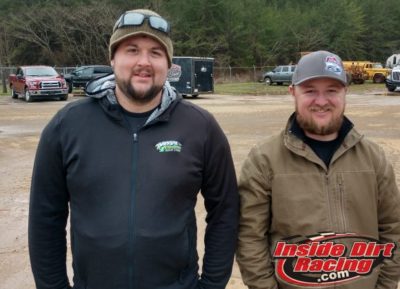 “The travel is both terrible and fun,” Nuchols declared. “This sport has shown me from one coast to the other. I’ve been from North Carolina to California just because of racing but it’s hard to convince a guy to get in the truck to ride eight hours to a race track then be there for six hours then pack it up and drive four hours to the next track over night. Then you wake up and work your butt off and race again then drive ten hours back home.”

From his point of view, McDowell says the shop time is perhaps even more difficult than the time on the road when it comes to finding good help. However, he is aided by the fact that his brother is able to lend a hand along with members of Brandon Kinzer’s crew.

“It’s a little easier to find people who will go to the races or who will meet you at the races,” McDowell explained. “But the shop help is definitely tough. Right now I have one boy with me who’s 21-years-old and he’s a good helper but he’s part-time and he’s going back to school. He has helped me a ton and I’ve got the Kinzer guys who come and help some at the shop and Dale’s been coming up to the shop too. But a lot of times it’s just me and Sara(Shane’s wife) at the shop so it’s been a constant battle finding help.”

McDowell adds other concerns regarding being on the road for long periods of time.

“Another thing you have to think about is that when you stay out on the road you have to live with people and that’s one challenge of it,” he said. “And if they’re married and if they have kids it’s about impossible for them to do it.”

Both McDowell and Nuchols believe that many who initially enter the profession of working on race cars are not fully aware of the work hours required to accomplish the goal of winning races and championships. Both agree that crew members must have great desire to do a job that will require much from them. 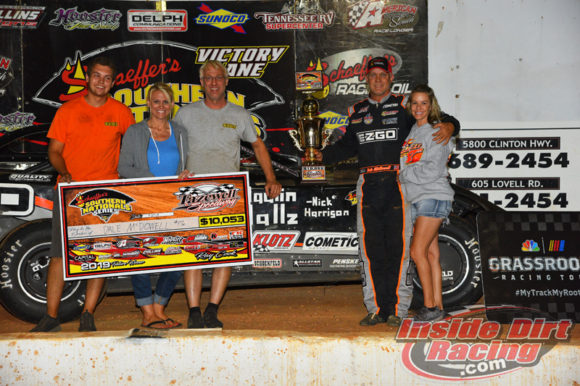 Shane McDowell in victory lane with brother Dale and crew

McDowell goes on to point out that even the most well known drivers and teams have the same issues as teams that may not travel nationally.

“You know, I have a building there next to Scott(Bloomquist) and he’s had some personnel change and he’s even struggled with it,” McDowell indicated. “One thing is that you can’t structure it more like a normal job and business because that’s the only way you can do it. Guys have to have passion to work a 12 or 14-hour day. If it’s just a job to them, they’re going to want to leave at 5:30 or 6:00 to have some time. When it ain’t a passion, it’s just a job.”

Even with these struggles, each of these accomplished team leaders considers what they do to be worth any troubles they may encounter, especially when all the right pieces fall into place.

“It is a dream come true for me to be able to do this for a living,” Nuchols stated. “But the problem I say to people is that dreams can also be nightmares and sometimes this dream is not a pretty dream. It’s hard and you’re not at home a lot. The first four months of the year, I was at home one or two days a week. But luckily, I’ve got a good wife who takes care of the kids and the house and the dog and enjoys what we do. If not, that would make it hard as well.”