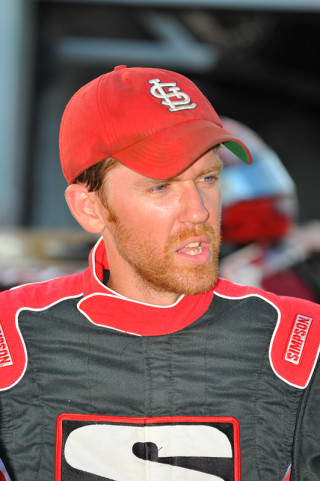 Matt Henderson has done a lot of racing in a relatively short period of time. And in 2018, he plans on doing some more as he looks to take on the NeSmith Dirt Late Model Series in hopes of contending for a series championship. The 30-year-old racer has long been a top contender in the Crate Late Model division(as well as other classes) in east Tennessee and all across the southeastern region and he believes he has put himself in a position for that to continue this season.

Henderson will have two Rocket Chassis race cars at his disposal. One is a car that had already been in his stable and the other comes from Mississippi-based B & M Motorsports. Both cars will be housed and maintained in Henderson’s Loudon, Tenn. shop.

“Marcus Minga is a good friend who I met on the NeSmith tour many years ago,” Henderson explained in an interview with InsideDirtRacing.com. “I’ve got my own Rocket sitting in the shop and I’ve got the Rocket that’s theirs that we’re teaming up on. That’s the car I’m going to be in this year. I’ll be in Rockets this year regardless, whether it’s mine or that one. I’m keeping that one in my stable this year.”

Henderson and his team have chosen to compete on the NeSmith tour for multiple reasons. He believes that series enforces its rules fairly and consistently. However, the result may be fewer races on Henderson’s schedule in 2018.

“We’re going to follow the NeSmith deal,” the driver declared. “I try to stay pretty exclusive to that because, of the series that I’ve followed, their tech is the most consistent, their rules are vigorously checked, and it don’t matter who you are- right is right and wrong is wrong. And if you’re not right, you’re tossed. That’s why I follow them exclusively. I try not to run many unsanctioned shows so I’m going to have kind of a low number of races attended because here we are about to approach May and they’re just now about to kick their season off because of weather. I may hit a few local shows when I want to test something or just get my program better.”

While following a touring series may call for a certain degree of travel, the racer believes the NeSmith schedule suits him well.

“There will be some hours on the road but their schedule isn’t as bad this year as it has been in the past for me,” he stated. “I don’t have near the number of miles to run up and down the road as I have over the past few years. It’s going to be a better year for me as far as being able to be home.”

Henderson is confident that his team will succeed in the coming campaign. After a couple of seasons in which he strayed, he is now back in the cars which have brought him the most success over the course of his career.

“We’re going to win races,” he insisted. “That sounds arrogant, but I’ve never been bad in Rockets. I’m back home, I’ve tried to experiment with some stuff the past couple of years and now I’m back. I’ve got friends in Shinnston, West Virginia(home of Rocket Chassis). All the Rocket employees help me and they’re good to me. We get some great information and their race cars are good.”

And the driver has already found the feel he was hoping for.

“I tested this car on Tuesday night and its got a familiar feel to it like we had in 2015 when we were dominant,” Henderson said. “My goal on the NeSmith side of things is to be consistent, to have a lot of top-5 runs and to have opportunities to win races. When you run in the top-5, you’re going to pick a win off when things go your way. Outside of NeSmith, I think this car is going to be good enough to go out and win some races.” 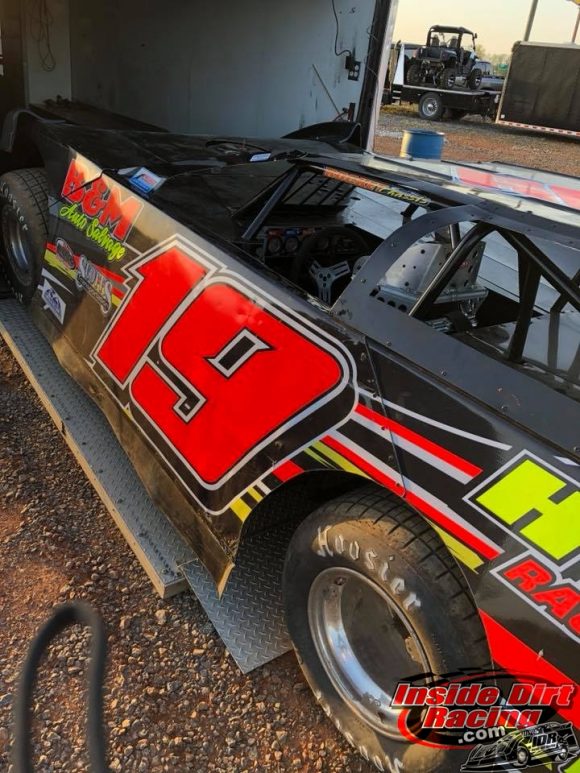 But the veteran racer knows that the task before him is not going to be an easy one. That is especially true in Crate Late Model racing such as that on the NeSmith Dirt Late Model Series. But he believes he knows the ingredient that will bring him success.

“The competition level is tough,” he pointed out. “The only advantage anyone has is for those who work hard on their stuff. They are the ones who go to the top. Cory Hedgecock has been dominant for the last two years because those guys work harder. I ran with them in 2015 and I had two full time crew guys and our stuff was prepared better than anybody’s.

“That’s the advantage in Crate racing- everything has to be perfect,” Henderson continued. “You don’t have horsepower to make up for a lack of maintenance or this and that. This year we’re making sure everything is prepared the way it needs to be. I’ve not just thrown something together and went to SpeedWeeks. I’ve not just thrown something together and hit these weekly shows. I’ve made sure I was ready for this moment and that’s what we have accomplished.”

There is, however, one possible caveat. Over the past several years, Henderson has suffered from chronic back troubles that have resulted in surgeries. He hopes that issue will not arise and take away the opportunity he now has in front of him

“I don’t need to have any setbacks. I don’t need any more injuries with my back anytime soon. I’m not 100% yet, I don’t know if I’m going to be. My time behind the wheel is winding down in the next five or six years, or maybe even a year. Anymore when I do get injured it doesn’t heal up as quick as it used to.”

The NeSmith Dirt Late Model Series will sanction two races this weekend. On Friday night the tour will be at the Camden Speedway in Camden, Tenn. and then will move to North Alabama Speedway in Tuscumbia, Alabama for a Saturday night event.