Mike Marlar took the white flag in Wednesday night’s Wild West Shootout presented by O’Reilly feature at New Mexico’s FK Rod Ends Vado Speedway Park as the leader with Bobby Pierce challenging from second. And although these are two of the most accomplished stars in Dirt Late Model racing today, neither would take the checkered flag as the victor in the $5,000-to-win affair. Both, however, did offer their views on the last-lap incident that opened the door for Garrett Alberson to claim the win. 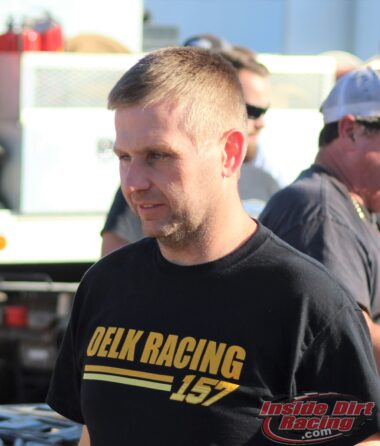 As the two drivers raced among slower traffic into turns one and two, Marlar held the lead as he took to the low side of the speedway with Pierce choosing to go around the outside. Pierce just nosed ahead as the two machines roared down the back straightaway toward turn three. However, neither driver appeared willing to lift as both were determined to claim the win. Contact ensued in turn three which sent Pierce for a spin and caused Marlar to slow drastically. Alberson drove by on the outside just edging Marlar at the finish line.

Marlar ended his night in the runner-up position while Pierce was ultimately credited with a sixth-place result. After the race, both offered their views on the incident.

Marlar was the 2018 World of Outlaws Morton Buildings Late Model Series champion and is a three-time winner of the Lucas Oil Knoxville Late Model Nationals. The Winfield, Tennessee driver was determined to hold his line as the two battled into turn three for the final time.

“I came up on some lapped cars there and they just switched lanes, they didn’t really know where they were going,” Marlar explained in his post-race interview with FloRacing.com. “I thought one was going to move over and he didn’t and that kind of broke my momentum. I heard Bobby coming around me on the back straightaway and I knew we was going to be trying to slide across my nose getting into the corner and I just didn’t let him do it.”

While the 43-year-old veteran considered the incident to be hard racing, he did not appreciate what happened afterwards.

“Listen, he didn’t do anything I wouldn’t have tried and he wouldn’t have let me in just like I didn’t let him in,” Marlar stated. “But the difference is, I wouldn’t have been around shooting everybody the bird after the race, that’s the damn difference. I hate that I let one get away there. But you know, these young kids stick it in there all the time and it’s all right when they do it but it ain’t when we(veteran drivers) do it.”

Marlar pointed out that he thought he and Pierce were coming to take the white flag when the mishap took place. He also insisted that he did not like the end result, but he did have some choice words for the Pierce team.

“I hate that it spun him around there, but I can tell you this, s**t happens to me all the time,” he said. “Me and my whole crew ain’t birding everybody in America when something happens. We’re tough, they’re just whinners.”

Although FloRacing.com typically interviews the top-three finishers at the end of each feature race, the also sought out Pierce to allow him an opportunity to explain his side of the accident. 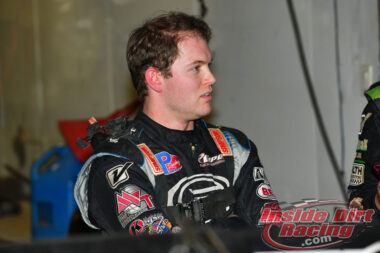 “I thought it was pretty bad in the cockpit, watching the video, it wasn’t as bad as I thought,” Pierce declared. “That lapped car being in there made me lift off the gas. I thought I had Mikey cleared a little but more but I feel like he drove in there for the win. It was two guys going for the win. Unfortunately, I got the bad end of the stick and it was a crazy race, I’ll say that.”

The 25-year-old driver from Oakwood, Illinois is a four-time DIRTcar Summer Nationals champion and past winner of the World 100 and the North-South 100. He deemed the ending of that feature to be one not worthy of his team’s efforts during their time in New Mexico.

“It sucks that it ended this way after we worked so hard,” Pierce said. “It’s been a really rough few days here at the Wild West Shootout for us. We’ve really had troubles with both cars. We finally got the thing rolling and we were really fast. Down that backstretch, I really though I had the deal wrapped up. I was just going to get back to that bottom like I was doing every lap into three and four. I felt like he went in there a little harder than what he was doing every other lap but it was for the win so it is what it is.”

The Wild West Shootout will continue on Friday, Saturday and Sunday with live coverage provided by FloRacing.com.