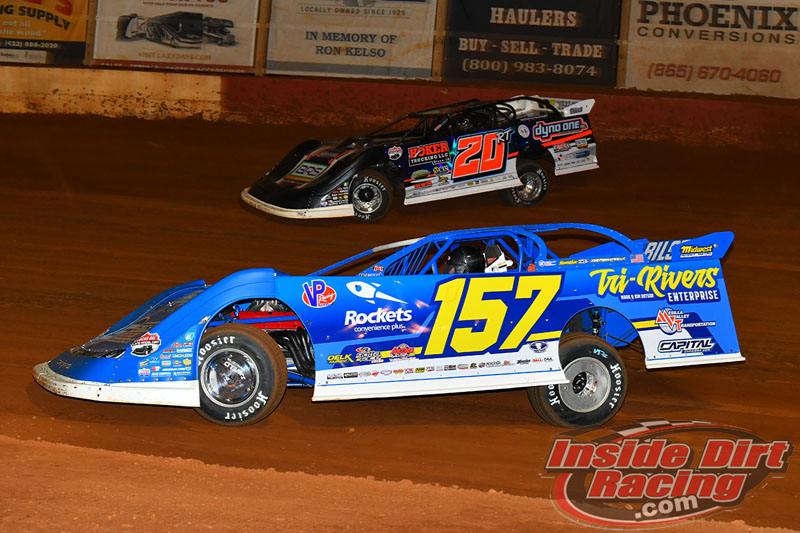 Three-time winner Mike Marlar(157) while have to come from deep in the field while Ricky Thornton Jr.(20RT) will start close to the front

***Note: The Lucas Oil Knoxville Late Model Nationals were rained out on Saturday, and thus, moved to Sunday.***

Points garnered during the racing events held on Thursday and Friday nights were used to set the majority of the starting lineup for the 75-lap $50,000-to-win feature on Sunday evening. That race will be shown live by MavTV and FlorRacing.com.

The top-24 starters for the main event have already been established with the remainder of the field to be determined by B-main races that will precede the Knoxville Nationals.

Here are the top-24 starters for Sunday’s big show:

Starting times have been moved up by one hour.