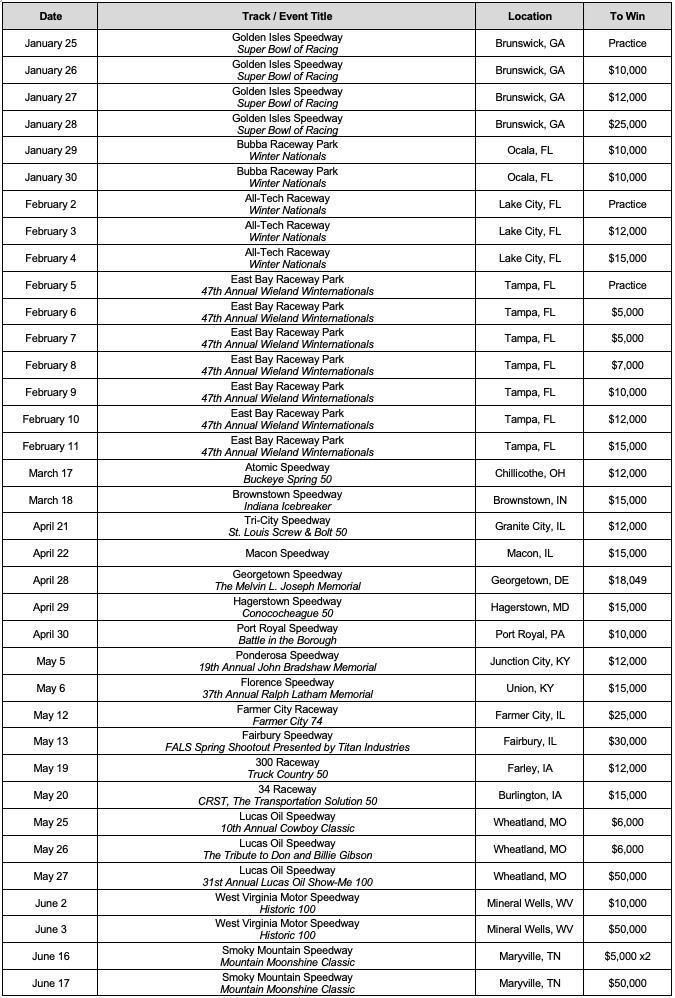 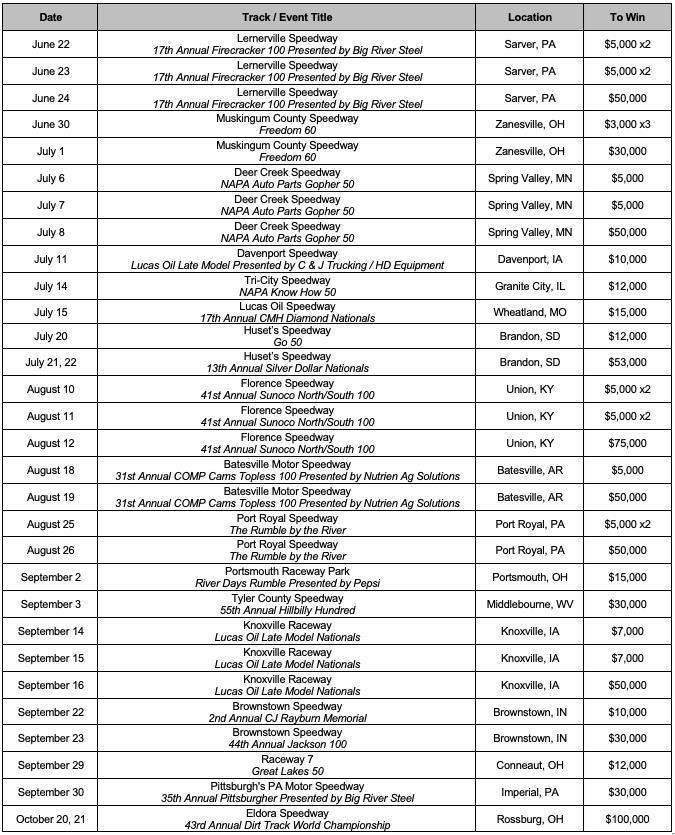 The national tour’s traditional finale, the Dirt Track World Championship, will have a new home in 2023. After having been contested at the Portsmouth Raceway Park in Ohio since 2012, that $100,000-to-win event will now take up residence at the famed Eldora Speedway in Rossburg, Ohio.

In another big scheduling move, the Silver Dollar Nationals, which was forced to relocate due to the closure of the I-80 Speedway in Nebraska, will now be contested at the Huset’s Speedway in Brandon, South Dakota in late July. That race will pay $53,000 to the winner as it did when held at I-80.

As has been the case for some time, the tour will open up at the Golden Isles Speedway in Brunswick, Georgia. A set of three races with purses of $10,000, $12,000 and $25,000-to-win will be contested from January 26th – 28th. From there, the series will remain in the deep south until February 11th with races being held in Florida at Bubba Raceway Park, All-Tech Raceway, and East Bay Raceway Park.

The Lucas Oil drivers and teams will only venture into Tennessee for one weekend when the Smoky Mountain Speedway in Maryville will, for the second consecutive year, host a pair of $5,000-to-win events on June 16th then a $50,000-to-win feature on June 17th.

Also for the second consecutive season, the Florence Speedway will dole out $75,000 to the winner of the North-South 100 on August 12th when that Kentucky track concludes a three-day weekend. 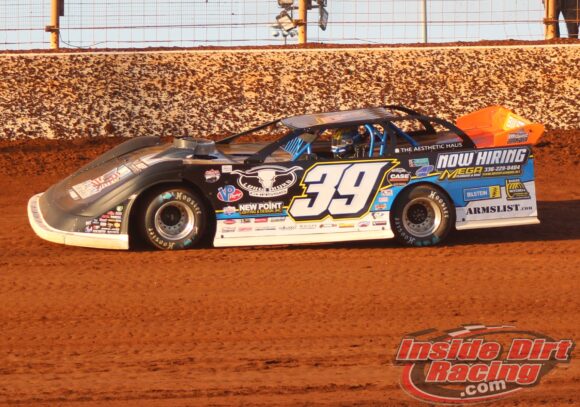