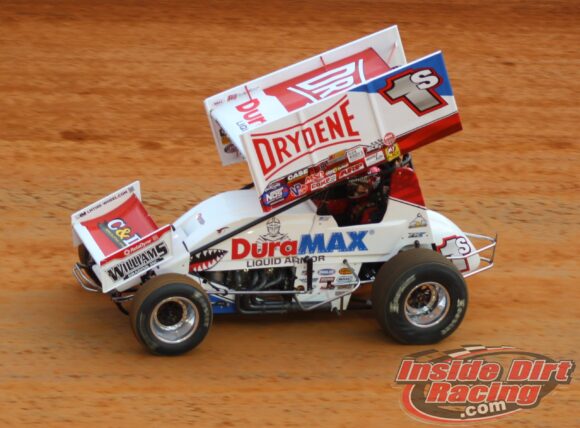 Logan Schuchart came to the World of Outlaws NOS Energy Drink Sprint Car Series-sanctioned Bristol Bash having not won a feature in 2022 but all of that changed on Friday night for the driver of the No. 1s after he took the lead on the second lap and controlled the race from that point.

The Shark Racing driver from Hanover, PA earned $25,000 for his efforts on the half-mile track located in Bristol, Tennessee

Feature Re-cap: At the start of the 25-lap feature it was Reutzel who bolted to the lead with Schuchart, Kinser, Macedo and Gravel trailing. Schuchart moved by Reutzel for the lead on the second circuit. Further back, Macedo, Gravel and Bayston fought over positions 4-6 as Larson looked on from just behind.

At that point, Schuchart built an advantage of more than two seconds ahead of Reutzel, Kinser, Macedo and Gravel. Most competitors began to employ the high line just after the halfway point with no one able to close in on Schuchart, even after the leader caught up to the tail of the field.

When all was said and done, Schuchart claimed his first win of 2022.