These updates are brought to you by Smoky Mountain Speedway in Maryville, Tenn. The next event at SMS will be the King of the Mountain Fall Classic with the Southern All-Star Dirt Racing Series competing for a $7,500-to-win purse and the Topless Outlaws Late Model Series racing for a $3,000-to-win purse on September 25, 2021.

Weather Forecast: Daytime high in the 80s with nighttime lows dropping into the 60s with a slight chance for rain.

This is the third of a three-race weekend for the Iron-Man Late Model Series. Donald McIntosh won on Friday night at Boyd’s Speedway then Chase King won on Saturday night at Mountain View Raceway.

6:15- Drivers being called to the drivers meeting as a light rain has begun to fall.

6:30- Drivers meeting about to begin.

7:00- Because of the earlier shower, it’s going to take a while to get the track ready.

7:15- Another shower came in. This race has been postponed. Track and series officials are looking for another date if possible. 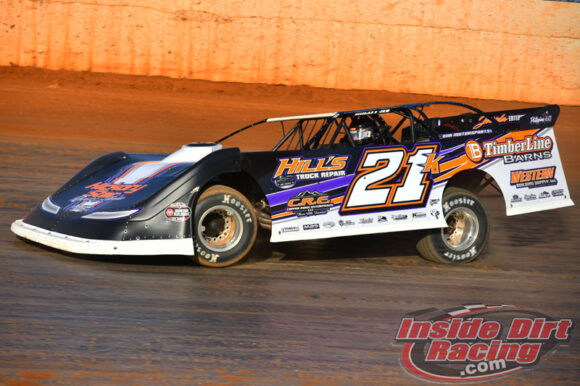 Dakotah Knuckles is expected to race at the Taz