Kyle Strickler looking to make the most of Late Model opportunity 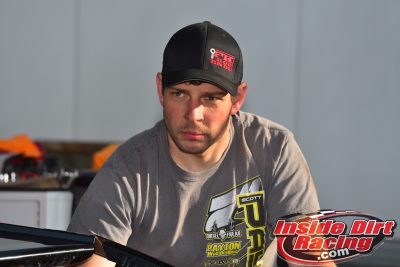 Kyle Strickler has amassed a very impressive record as a Dirt Modified racer. As a matter of fact, his victory total is approaching 200 feature wins. And among those triumphs are some of the biggest events in that form of racing including the Modified Super Weekend at Iowa’s Farley Speedway in 2017 which paid $50,000 and the $20,000 Race for Hope 74 in Batesville, Arkansas just last year. The ‘Highside Tickler’ has also proven victorious in the Short Track Championship at The Dirt Track in Charlotte on two occasions.

But now the Pennsylvania native who relocated to Mooresville, NC several years ago is taking on a new challenge. It had long been a dream of Strickler’s to race in the Super Late Model ranks and he is currently getting that chance. The 35-year-old driver’s association with Longhorn Chassis led to a pairing with David and Eric Wells which has landed him in his new ride.

The veteran racer points out that the transition between the two very different types of cars is going smoothly as he takes the reins for the Kentucky-based operation.

“So far it’s been easier than I could have ever expected,” Strickler declared in an interview with InsideDirtRacing.com. “Getting into a quality ride was the biggest hurdle I had to overcome. If you get into good equipment with a good team, the driving aspect of it isn’t really that much different. I mean you’re going faster but you’ve got way more grip too. Making adjustments to the cars and doing tire work and shocks and all that stuff, that’s different from the Modifieds to the Late Models and that’s the hard part. Getting the opportunity to jump into a team like this gave me equipment that we know is going to be fast and it’s been a dream come true for me.”

While a Super Late Model machine certainly has more power than the Modifieds he has been so successful with, Strickler points out that there are certain aspects of driving those cars that are actually made easier than what he had been used to.

“These things drive like Cadillacs compared to a Modified,” he explained. “The Modifieds are so stubborn they don’t want to turn and they don’t have any traction. These things have everything you want in a race car- they steer really good, they have a ton of traction, and have a lot of horsepower with a lot of downforce.” 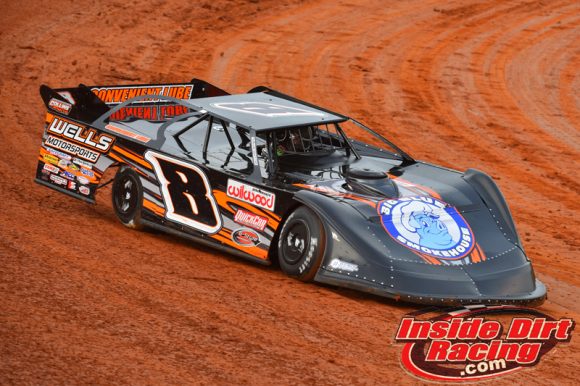 While the physical part of driving a Late Model may not necessarily be as taxing as with the Modified, the Late Models do require more of their drivers in other ways.

“The mental end of it is where you’ve got to make the adjustments,” Strickler pointed out. “You’re racing with guys that are my heroes that I watched race Late Models. Don’t get me wrong, there’s great Modified drivers, but with the Late Model guys there are a lot more of them who do this for a living and there’s definitely a lot more competition in Late Models. As far as the driving end of it, you really don’t even realize how much faster you’re going because the cars do everything you want them to do. The last time I was here at Smoky Mountain was the first time here in a Late Model and I actually felt like I was going faster in the Modified because the Modified is sketchier entering the corner.”

So has the previously successful driver had to change his mindset as he transitions into a different form of racing?

“Yeah, absolutely, but I’m a professional race car driver so I think I’m just as good as the rest of these guys here,” Strickler said. “I want to win and that’s what they’ve hired me to do. With that being said, I also want to earn the respect of these guys who have been doing it for a long time. I have a lot of Late Model buddies that I’ve run around with for a long time, especially with the Longhorn connection there- Tim McCreadie, Jonathan Davenport, and even Brandon Overton- having guys like that who I can bounce ideas off of and they can help me with little things is a huge help to me. But I’ve got a job to do and I can’t thank the Wells family enough for giving me this opportunity.” 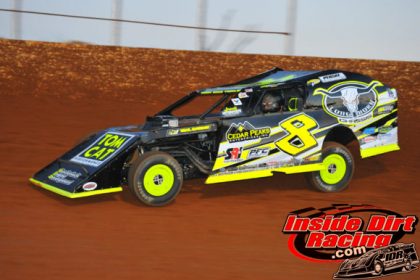 Strickler’s arrival signals somewhat of a reshaping of Wells & Sons Motorsports. Eric Wells will continue to drive on a part-time basis but the company hopes to focus more on the sales and supply aspect of the business while leaving the driving to someone else.

“Eric had gone to Longhorn and said he wanted to do more of the business stuff like selling parts and stuff and they recommended me because I was coming right out of the Longhorn Modified house car,” Strickler explained. “They thought it would be a perfect fit for somebody who wanted to start out with some regional stuff and then do a national tour down the road to build a relationship that’s going to last for a long time and be able to build something together.”

Longhorn Chassis played a pivotal role in bringing about the initial meeting that would eventually put the two sides together.

“They got us in touch and I called Eric and he said he would watch me in Florida and see how I did with the Modified during SpeedWeeks. We went down there and had a lot of success and won the big gator(at Volusia Speedway Park). As soon as we got back we had a meeting and immediately hit it off. Eric and I get along great and Mr. Wells has been phenomenal. He loves to go racing and he wants to win and gives us all the tools necessary to do that. So far it’s been a dream come true. This is he opportunity I’ve been looking for my entire racing career. We’re looking for big things here from the whole team.”