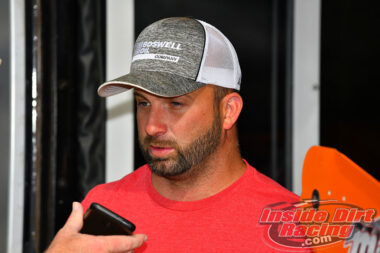 After having competed full time on the Lucas Oil Late Model Dirt Series since 2018, Kyle Bronson and his team have adjusted their scheduling a bit for this year. Rather than running on that national touring series, the No. 40B crew has opted instead for a pick-and-choose sort of a slate hitting many of the higher paying events. But unlike some Dirt Late Model racers who have adopted similar plans, Kyle Bronson Motorsports isn’t necessarily avoiding a series for the sake of running the more lucrative shows.

Rather, the 31-year-old native of Brandon, Florida had other obligations earlier in the season that played a role in his decision to not run the full tour in 2022.

After having relocated from Florida to Tennessee for the purpose of being more centrally located, Bronson found himself rolling back down I-95 after taking on the responsibility of running Golden Isles Speedway, which this year served as the host for the opening weekend of the Lucas Oil tour.

The KBM organization now works out of a new shop located on the property of that track located near Brunswick, Georgia. The building of that facility played into the reason for Bronson not to race full time with LOLMDS this year.

“We were kind of in the middle of a lot of things,” Bronson explained in an interview with InsideDirtRacing.com. “We wound up building a new garage, and moving, and this and that. We didn’t have our stuff 100% there. We sat back and went to work trying to get our cars better, we built two brand new cars.”

Bronson has tried to make the most of his new situation by using the time he and his team might have spent traveling to prepare for the races they are entered in.

“We’ve been trying to test a little bit to prepare for these big races,” he pointed out. “Overall, it’s nice to have all these big races pretty close to home. We don’t have to be gone for a month at a time and we can pick-and-choose the races we want to go to. It’s been awesome to be able to do that this year.”

That said, however, the driver who won last year’s $53,000 Silver Dollar Nationals at Nebraska’s I-80 Speedway misses the life he has enjoyed over the past four seasons.

“I miss racing with Lucas Oil,” he declared. “Those guys have always been great to me and hopefully we’ll be back on the road with them next year. The only thing that I’ve felt is better and nicer that I like so far, if there’s an 80% or 90% chance of rain and we figure something is going to rain out, we can sit our ass at home instead of driving 10 or 12 hours to watch it rain. Other than that, I really miss racing with the Lucas guys. But overall, it’s nice to be able to race in these big paying races, that’s pretty special for us.” 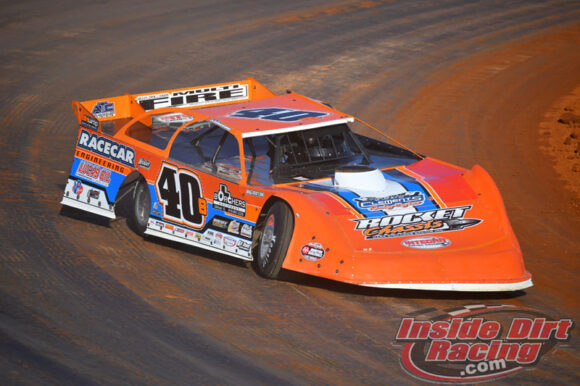 Bronson finished within the top-10 of the Lucas Oil Late Model Dirt Series standings from 2019 through 2021.

Like every other team in Dirt Late Model racing, Bronson and his crew are feeling the sting of shortages of tires and other pieces and parts. As is the case with weather forecasts and distance of travel, those shortages impact when and where they decide to compete. Not running a series allows Bronson to not have to run the risk that he might get to the track and not have everything he needs to race competitively.

“It’s definitely a big, big deal right now. You pretty much can’t get tires no matter where you go. With everything going on, when you order tires, you may be getting 40% of them. It’s just tough right now but it’s the same way for everybody. Everybody’s doing the best they can to get the stuff we need but that’s just the way it goes sometimes and it’s part of it. Everybody’s doing the best they can so we can do what we love to do- race.”