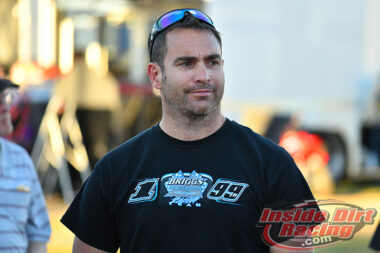 Josh Richards is one of the most accomplished drivers in the history of Dirt Late Model racing. The native of Shinnston, WV has been crowned as the World of Outlaws CASE Construction Late Model Series champion a total of four times and has also earned one Lucas Oil Late Model Dirt Series title. A total of 78 WoO and 33 LOLMDS feature win trophies have been collected over the course of his stellar career. With all the success he has already achieved in the sport, it is sometimes easy to forget that this driver is only 34 years old.

Consider too that Richards missed seasons in dirt racing due to a diagnosis of nerve damage that caused him to lose feeling in his hands and there were attempts to make it in the NASCAR Camping World Truck Series and the NASCAR Xfinity Series that took time away from the dirt. With that in mind, all of those wins and championships have been earned during a relatively short period of time.

However, 2022 has not gone so well for the current resident of Houston, Ohio. After spending three seasons with the Dirt Late Model team owned by Clint Bowyer, Richards found himself in search of a ride at the end of the 2021 season after parting ways with the former NASCAR driver and current NASCAR on Fox broadcaster’s organization. Ultimately, the two-time USA Nationals victor would land in the seat of a car owned by fellow racer Boom Briggs.

Like with virtually every other Dirt Late Model operation during the early part of the season, there were difficulties in acquiring the necessary pieces and parts needed to go racing. Furthermore, there have been shortages of crew members across the board in a sport that requires long and difficult hours at the track followed by days and even weeks on the road.

To say that this season has been a struggle for the No. 1 Rocket Chassis driver would be an understatement. No feature wins, a fire that destroyed his RV, and a serious injury have made his return to the WoO Late Models circuit a challenge.

So where would this season rank compared other years when difficulties arose?

“I don’t know that this one is even worthy of being ranked,” Richards replied to InsideDirtRacing.com. “It’s been a rough year, so many things behind the scenes. There have been a lot of things that have happened. Performance wise, it’s been rough for sure. The thing with racing is that it’s all temporary. When you’re winning it can go bad, but when you’re running bad you can always turn it around. We’ve definitely been struggling, it hasn’t been a secret. I know it’s not anything from lack of effort.”

Richards showed strength on the first night of competition in the Stateline Showdown this past weekend at Boyd’s Speedway. A second fastest time in his qualifying group and a heat race win placed him third on the starting grid which put him in contention for a podium finish until late-race mechanical trouble left him 9th in the final rundown. That effort was followed by another top-10 on Saturday night.

“We’ve just been missing something that’s performance based with our cars,” the two-time Dirt Track World Championship winner explained. “We had a little speed last night, which was good. Hopefully we can get a little bit of momentum towards the end of the year to try to get something turned around. Even last night we broke a rear end towards the end of the race and faded. We just haven’t had the speed we needed to compete. That’s been frustrating but I still can’t thank everyone enough for not giving up.”

The Johnny Appleseed Classic held this past May at Eldora Speedway added to the difficulties Richards has experienced during this season. On the opening lap of that race he was struck by a large chunk of mud that caused multiple injuries to his face. As a result, races were lost as he recovered.

That injury came at an inopportune time as Richards and his Briggs Transport team appeared to have turned things in the right direction scoring three podium finishes in five starts. Ultimately, he missed the Eldora Million that was contested in June.

While some might have questioned whether or not he has lost his edge following the injury, a recent test session dispelled that notion.

“There’s so much that’s gone on and everyone’s like ‘Well, he’s running bad because this has happened and that has happened’,” Richards said. “It’s not anything that I’ve been doing wrong, it’s just been a struggle. I was able to jump in another car and was really fast in it- another competitor’s car- so it’s obviously something that we’re missing or doing wrong. Hopefully we can get that straightened out and try to do a little better.” 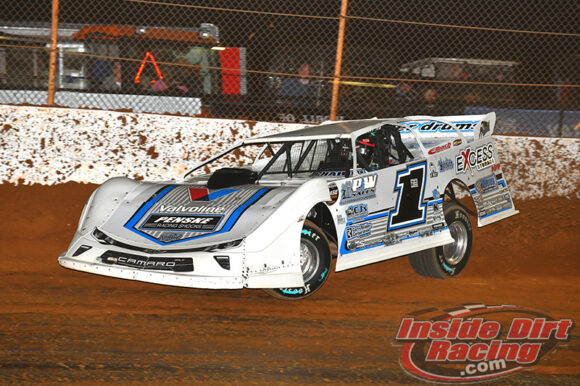 All the championships and race wins give Richards confidence that he has the ability to take on the best in the business when circumstances allow.

“If I ever thought for a second that I doubted my ability, I would never race,” he declared. “I know that I can race and compete and beat anyone who has came and gone over the years. It’s just a matter of in our sport, your equipment means a lot. It’s more than just a driver’s ability, it’s takes the team, the equipment, the mindset, all the finances and everything in between and just to have things rolling your way.”

The highly competitive nature of Dirt Late Model racing cuts no one, including former champions, any slack.

“It’s a really tough sport and it’s gotten a lot tougher over the years,” Richards stated. “The cars are so close that your hands are tied a lot as a driver. That’s the way it is these days. Some tracks are a little more forgiving than others, but for the most part, it’s really tough to make up for anything that’s off. All you can do is adapt and try to get better at it.”

Through all of the trials and tribulations 2022 has brought, Richards has found solace in one source.

“I’ve been a born again Christian for over ten years now. I love racing but it’s certainly not my number one. Jesus is certainly my number one. This is all temporary. God offers us an eternal life with Him and this will fade away and His kingdom will last forever. This year has certainly been a struggle, but throughout all of it, I’ve had peace. However the racing shakes out, I want to run better, but it certainly doesn’t change my attitude with it.”