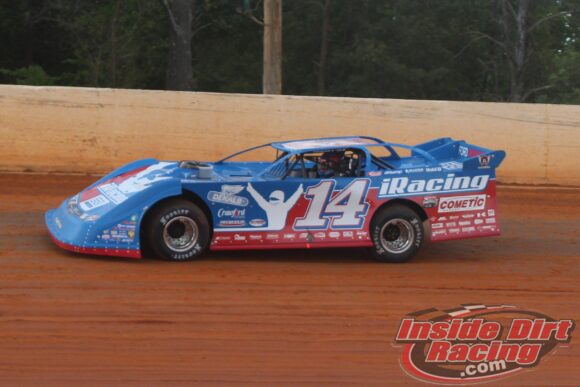 Josh Richards led all 30 laps at Eldora on Thursday

With no World 100 in 2020, the Eldora Speedway played host to the Intercontinental Classic beginning on Thursday night with the first of three consecutive races. At the end of the night, it was Josh Richards who left the legendary Rossburg, OH track with the win. The Shinnston, WV driver ended the night by collecting the $10,000 first prize.

Cory Hedgecock won the first B-main ahead of Gregg Satterlee and Zack Dohm then Shannon Babb beat Mike Marlar and Steven Roberts in the final B-main.

On the initial start pole sitter Josh Rice suffered a mechanical issue and fell out of the race. That, in turn, moved Josh Richards up one row to the pole position.

At the start of the 30-lap feature Richards went to the early lead with Weiss, Overton, McCreadie and Ferguson trailing. On the second lap Ferguson made a move to take fourth away from McCreadie.

Richards Began to pull away as Weiss trailed with Ferguson and Overton battling for third further back. By lap 11 the leader found himself in slower traffic but he was still able to keep distance between himself and his pursuers.

A lap 14 caution for the slowing car of Mitchell allowed the competition to catch up with Richards briefly. But on the restart the No. 14 machine again pulled away as Overton rose to the runner-up position. McCreadie also began to move forward when he passed Davenport to take fourth.

A string of yellow flags between laps 18 and 21 provided opportunities for drivers to gain positions on restarts but Richards continue to prove that he was fastest.

When the race finished out with a longer green flag stretch, Richards was able to maintain his advantage with Overton trying valiantly to catch up. In the end, it was Richards who would take the checkered flag to earn the win.