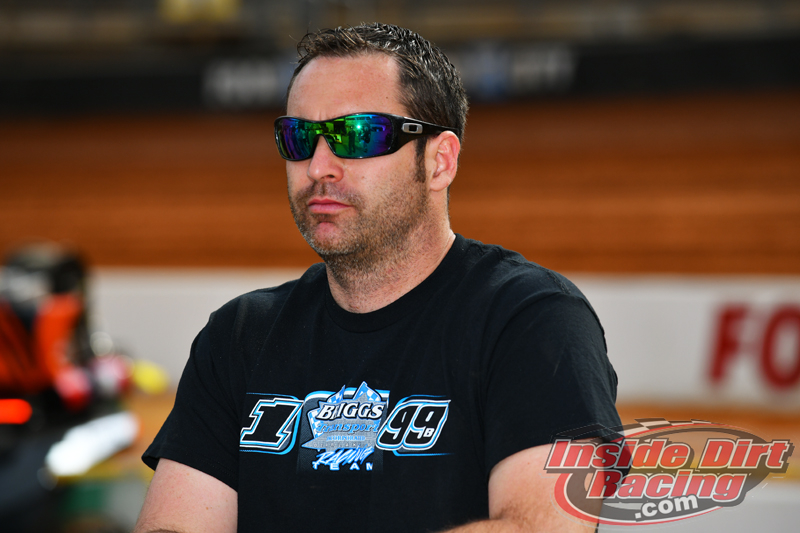 Without question, Josh Richards has been one of the most successful drivers in the sport of Dirt Late Model racing over the past couple of decades. The 34-year-old native of Shinnston, WV is a four-time World of Outlaws CASE Construction Late Model Series champion as well as a Lucas Oil Late Model Dirt Series champion. Among his major victories are two Dirt Track World Championship triumphs, two USA Nationals wins and a Firecracker 100 victory.

However, the trips to victory lane have not come as frequently over the past couple of seasons or so for ‘The Rocket Man’. After a 2021 season that saw him and his Clint Bowyer Racing team finish eighth in the final Lucas Oil Late Model Dirt Series standings, that ride went away when the former NASCAR driver and current Fox commentator decided to scale back.

Richards then joined forces with Boom and Steve Briggs to drive a Rocket Chassis out of that stable on the World of Outlaws tour.

Unfortunately, the beginning of the 2022 season has not gone particularly well for Richards and his new team until the last two races. Now, though, things seem to be on the upswing for the No. 1 ride and its crew.

Richards recently piloted his car to a season-best third place finish in the finale of the three-race WoO Late Models-sanctioned Dairyland Showdown at the Mississippi Thunder Speedway in Fountain City, Wisconsin on May 7th. Then on Thursday night, Richards followed that effort up with a second consecutive third-place run at Pennsylvania’s Bloomsburg Fair Raceway.

Richards admitted that his team has had its struggles this year following the podium finish at Mississippi Thunder. Perhaps one thing that helped to turn things in the right direction was another driver to help sort the car out. Rocket Chassis house car driver Brandon Sheppard drove a third Briggs entry in those races.

“Man, it feels good,” Richards declared in his post-race interview at Mississippi Thunder with DirtVision.com. “I don’t even know how to give an interview anymore. I can’t thank Boom and Steve Briggs enough for giving me this opportunity. It’s been a rough year, we never quit trying. It’s been a rough battle. I want to thank Sheppy for coming, he helped us out quite a bit. Everyone thinks it’s them, but it’s not. You have to have a good car.”

Some good fortune following a late caution helped Richards to earn his first top-5 result of the 2022 season.

“We had a pretty good car early and I got to where I was zinging the top pretty hard and I was getting by guys when it seemed like we were kind of getting stretched out,” the driver explained. “I could pick one off then get back in line. Then the caution came out and I got put on the bottom(for a restart) and I wasn’t sure how that was going to be but the track transitioned right in that spot. The car just rolled around there nice and smooth and felt really good for a change. Hopefully we’ve got some momentum now and we can build on this. I’m certainly itching to get back to victory lane.”

During the feature held at Bloomsburg on Thursday evening, Richards found trouble. On lap 8, top-5 runner Jeff Rine slammed into the turn one wall. The No. 1 car suffered significant damage to its right rear quarter panel and its rear deck when Richards took evasive action in an attempt to avoid.

“I needed a quarter panel and a deck panel there at the end,” Richards said when asked by DirtVision’s Hannah Newhouse what he needed to move further up the leaderboard. “I didn’t realize it was that bad. I guess it was the same lap the 2 car(Rine) hit the wall, I went to charge the outside and then I had to woe up to keep from hitting him and I ended up ripping the deck out. It was definitely a handful after that. I want to get this thing turned around and get us to where we can have a little more speed throughout the night and try to get back to victory lane.” 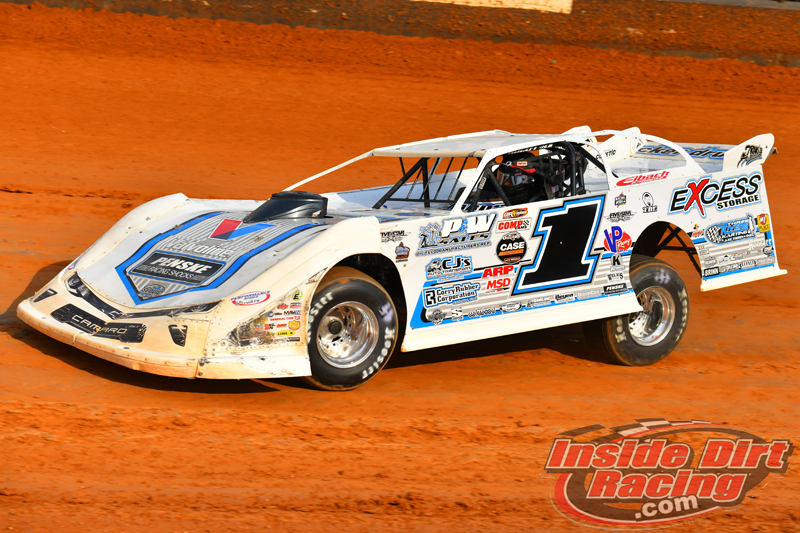 Josh Richards in his No. 1 Rocket Chassis

Obviously, the former champion hopes this newfound momentum will continue to bring good results. Still, finishing just behind the top-2 in series points(Max Blair & Dennis Erb Jr.) with a damaged race car on a rough track is a clear improvement over where his team was just a few weeks ago.

“I hope so,” he agreed. “Tonight it was hard to compare anything. We were way too tight early and didn’t qualify as good as we needed to. Max has been doing a great job all year, him and Dennis both. Hopefully we can put something together here to try to compete with them a little bit. We’re going to keep digging.”

Richards has now risen to fourth in the World of Outlaws CASE Construction Late Model Series standings. That tour will complete its busy weekend by staying in the ‘Keystone State’ for events at Marion Center Raceway and Port Royal Speedway on Friday and Saturday.