Josh Collins plans to expand his racing efforts in 2014 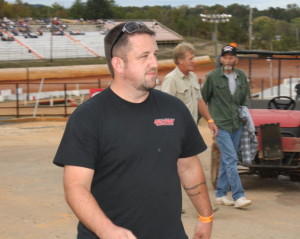 Josh Collins has been one of the most successful Late Model racers in the east Tennessee region over the past few years. He has three track championships at the 411 Motor Speedway and multiple race wins on several tracks to prove that. And now, the driver plans to look for even greater success by expanding his racing program.

In 2014, Collins will continue to race in partnership with Tyler Jenkins in some Super Late Model and Steel Head Late Model races, as he has done for the past couple of years. Also, he will team with Brad, Josh and Dylan Lowe to drive for them in a select races as well.

“I hadn’t really told anybody about that but if the word’s out, that’s good,” Collins said of his new alliance with the Lowes. “They’ve got a new Rocket car and Eagle is going to build the motor for it and they were wanting me to drive it in the bigger Steel Head stuff at 411, Smoky Mountain, or wherever. I’m going to go one day next week and sit in the seat of it and get fitted and all that good stuff.

“I’ve driven for Brad and Josh a bunch in the past and I think we’ve won just about every time we’ve run together,” Collins added. “We’ve had good luck and success, and we get along real good. We’ll see how it works out.”

Collins intends to race frequently at the Tazewell Speedway in the Late Model class for the team he and Jenkins operate together. Those will be Warrior Race Cars with Vic Hill Racing Engines supplying the power.

“Tazewell has kind of become more of a home track for me lately ,” Collins said. “We’ve run good up there and won a few races. So as far as the weekly stuff goes, that’s where we’ll be most of the time when there’s not something big going on around here.” 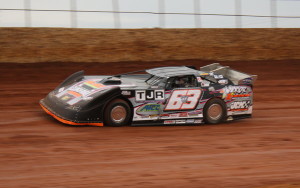 Collins and Jenkins also plan to build on their SLM efforts of a year ago.

“We’re going to run some of the Ray Cook Spring Nationals with a new car that we’re going to put a super motor in,” the driver explained. “We’re going to start off up at Bulls Gap because we’ve got provisionals for the first couple of races in that series based off of last year.

“We may run some Southern Nationals too along with the Steel Head stuff. Just like last year, we’re going to try the super stuff in the first half of the year then in the second half it seems like there’s more bigger paying Steel Head races. And we feel like we’re a contender to win those so we’ll concentrate on them.”

Collins believes that the experience he gained last by running in bigger races helped him tremendously. He also attributes lessons learned from others along the way will continue to produce dividends. “I do a lot of my shock stuff on my own now. Vic(Hill) helped me with that and got me going. I still have a lot to learn and figure out there, but it just makes it more satisfying when you win if you do that kind of stuff yourself instead of relying on somebody else to do it.”

The alliance with the Lowes will fit into Collins’ schedule nicely. “I’d race three nights a week if I could, but they don’t want to do it every week. This is a way for Dylan to get going as a crew chief and for me to get in some more races. It won’t affect my deal with Tyler in any way.

“It will be another car for me to drive,” he added. “I wouldn’t drive for just anybody or in just anything. If it isn’t good stuff, I wouldn’t want to do it. But I know with them involved, it’ll be capable of winning. It ought to be a top notch piece.”

Whether it be in his usual ride or the Lowe owned car, fans will readily recognize Collins when he takes to the track in his familiar No. 63.