Jonathan Davenport wins the FloRacing battle and the war at Volunteer 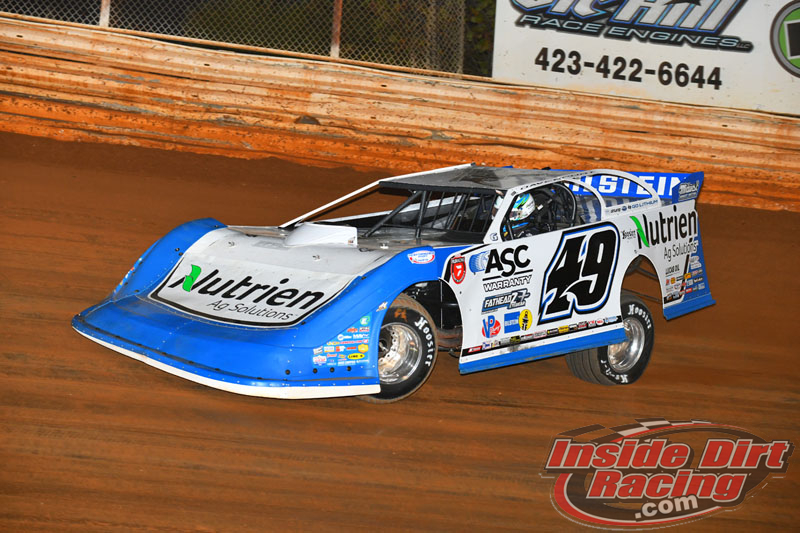 The Castrol FloRacing Night in America Series made its second visit to east Tennessee in as many weeks and produced a second consecutive thriller. The Volunteer Speedway was the site of the penultimate contest on the fledgling tour’s schedule for the 2021 season and the Bull Gap, Tennessee track did not disappoint. at the end of an intense feature race, it was Jonathan Davenport who claimed the victory. The Longhorn Chassis driver earned $10,000 for his efforts and assured himself the series title in the process.

Ross Bailes took the win in the first heat race of the night ahead of Jonathan Davenport, Forrest Trent, Cory Hedgecock, Benjamin Cranford and Jadon Frame.

Finally, it was Ricky Weiss who won out in the third heat by besting Mack McCarter, Bobby Pierce, Ryan King, Travis Stickley and Eli Beets.

At the start of the 40-lap feature it was Bailes who roared to the early lead with Davenport making a bold move to grab second ahead of O’Neal, Weiss and McCarter. Weiss, McCarter and Larson then began to mix it up for positions 4-6 on laps three and four. Meanwhile, Bailes and Davenport began to inch away from the field until they began to encounter slower traffic by lap 8.

McCarter’s troubles were not over as he slowed with mechanical issues to bring out a caution flag on lap 14. On the ensuing restart, Larson jumped up to fourth the the NASCAR star continued his climb as he took third away from O’Neal on lap 16.

O’Neal continued to slide as Weiss passed him by for for fourth on lap 19.

The race up front tightened just past the halfway mark as Bailes, Davenport and Larson darted through slower traffic while battling each other for position. On lap 26, Davenport found the opening he had been looking for and wrested the lead of the race away from Bailes. Two laps later, Larson assumed the runner-up position as he too moved by Bailes.

Further back, O’Neal and Weiss engaged in a slide job swapping fight for fourth with Weiss eventually winning out. Up front, Larson briefly moved in to challenge for the lead on lap 34 but Davenport was able to slip free of the slower traffic that had been holding him back and eventually charge to the checkered flag to score the win and secure the first ever Castrol FloRacing Night in America championship. 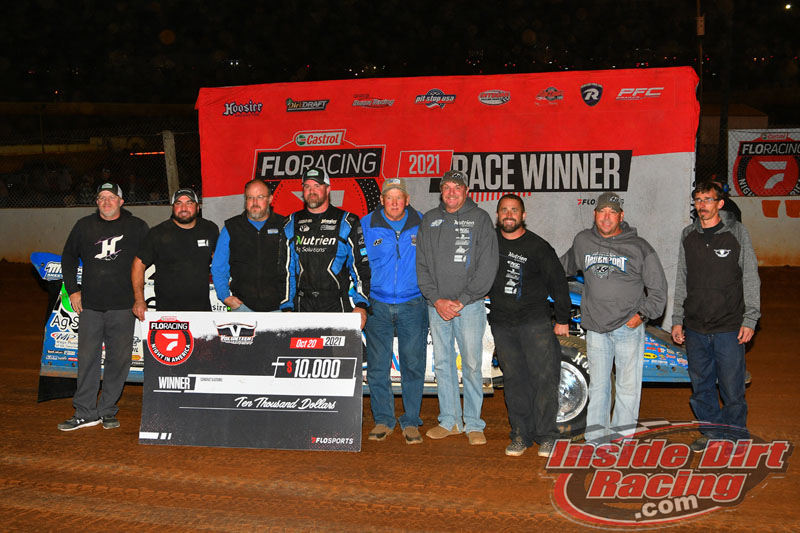