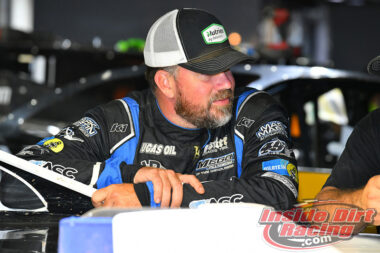 The Lucas Oil Late Model Dirt Series will once again sanction one of Dirt Late Model racing’s biggest events when that tour makes its way to the Batesville(AR) Motor Speedway for the $50,000-to-win Topless 100 this weekend. And once again, Jonathan Davenport will have an opportunity to add yet another crown jewel trophy to his collection.

The Blairsville, Georgia native has made a habit over the past several years of beating the field to the checkered flag in the sport’s biggest events. And this season, ‘The Fast 49’ has been highly proficient in scoring those types of wins with none bigger than the Eldora Million which came with a winner’s payout of just over $1,000,000.

To focus more on those premier races, Davenport and his Lance Landers-owned team have not stuck to one of the two national touring series. And it isn’t just Davenport but other racers who have opted for a pick-and-choose type of schedule in 2022 for the purpose of giving their full attention to the most lucrative shows.

Is this type of scheduling going to be the way of the future in Dirt Late Model racing?

“Maybe so,” Davenport told InsideDirtRacing.com following his win in last weekend’s North-South 100 at Kentucky’s Florence Speedway. “It seems to be spiraling that way ever since we had our amazing year in 2015. Brandon Overton had a good year last year and Brandon Sheppard, I think it was in ’19, had a hell of a year. We just keep setting the bar higher and higher and try to reach for bigger goals. Records are meant to be broken.”

Davenport has not only won most of the biggest races on dirt, but he has now reached the point where he is winning those races multiple times. Along with single victories in the Dirt Million, the Dirt Late Model Dream and the Show-me 100, ‘Superman’ has won the World 100, the North-South 100, the USA Nationals, and the Silver Dollar Nationals multiple times each. 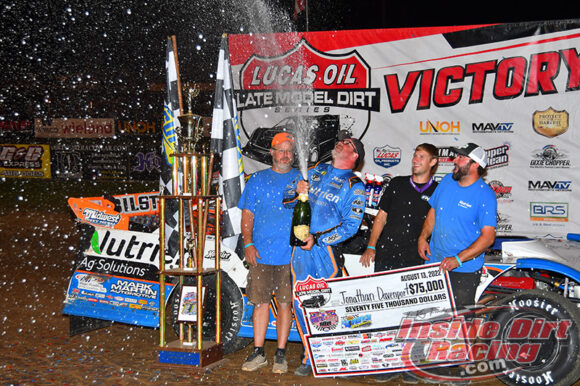 So does this driver who is beginning to tread on historic ground ever think about his place in the history of Dirt Late Model racing?

“Maybe when I’m at home drinking a beer drowning in my sorrows,” the 38-year-old driver answered with a smile. “I don’t know, not really. I still feel like I’ve got a few years left. It’s just trying to win these big ones whenever you can. I feel like I’m in the latter part of my career now instead of the earlier part. I ain’t going to get to go to these races twenty more times, maybe five or ten more times and I’ll be done. I just try to get ’em when I can. Wherever I end up, if I’m in any history book, it is what it is and we’ll try to do our best when we get there.”

Davenport has never won the Topless 100 but he will be trying to rectify that this weekend in Arkansas.