Jonathan Davenport on the development of a new race car 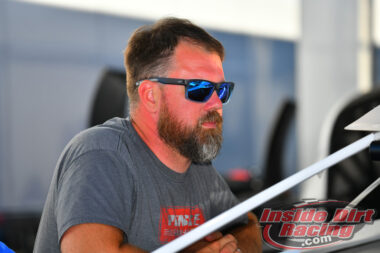 Jonathan Davenport and his Lance Landers-owned team rolled into the Cherokee Speedway in Gaffney, SC on Sunday with the obvious intention of winning the 30th annual Blue-Gray 100 and collecting the $10,000 prize that would go along with that accomplishment. At the same time, however, the No. 49 team also unveiled a brand new Longhorn Chassis in hopes of using that competitive situation as somewhat of a test in order to prepare for the 2021 Lucas Oil Late Model Dirt Series season.

Davenport ended the 2020 campaign in the third overall position of the Lucas Oil Late Model Dirt Series standings with three feature victories on the tour. Along with those wins, the Blairsville, GA native also claimed a trophy from an Iron-Man Late Model Series event at Ponderosa Speedway in Junction City, KY while his most lucrative triumph of the season came in the $50,000-to-win Intercontinental Classic at Eldora Speedway in Rossburg, OH.

Even after a season that many competitors would consider a success, it did not end as well as the three-time LOLMDS champion would have hoped. The 37-year-old driver and his team are always looking to improve. For that reason, the No. 49 crew raced in the non-series event at Cherokee in order to prepare for the fast-approaching new season.

“Well, we’ve just got to work out some bugs for next year and work on some new things,” Davenport explained in an interview InsideDirtRacing.com. “It’s never too early to start testing for next year. Everybody knows we were a little bit off last season so we’re just trying to get better. We’re going to work hard and we’re going to work early so this will give us a little tell-tale for what we need to do going into the winter months. You know, we start right back up in January so we ain’t got much time to go test so we might as well test while everybody else is out here and see how we measure up.”

On a positive note, the new car was fast as was evidenced by the fact that Davenport won his heat race then ran near the front of the pack for much of the 100-lap feature. But the evening ended on a sour note when a flat tire led to contact with the outside retaining wall which did damage to the right front of the machine.

Please also consider reading “What has 2020 taught us that we should have already known?“

So where do the ideas for improving the next chassis come from in this ever evolving sport?

Part of that answer can be garnered from cooperation with other Longhorn Chassis teams such as that of Paylor Motorsports and driver Tim McCreadie.

“Well, I really don’t know,” Davenport said of his new ride. “They’re not a whole lot different from what we ran this past year, just a little bit. We’ve got notes off McCreadie. Me and him have been working back and forth pretty well, and all the 39 team. We’re just trying to get a good, balanced package that’s a little bit better everywhere.”

But there is no magic formula for producing the perfect car. 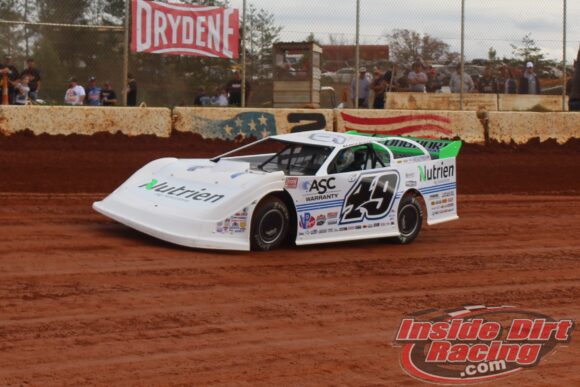 The newest Longhorn for Jonathan Davenport

Due to the fact that dirt tracks can change from day-to-day or even from hour-to-hour, one car may prove to be good at some times and not so good at others.

“Circumstances change so much and track conditions change in dirt racing so much,” the driver nicknamed ‘Superman’ pointed out. “It might be really good in the mud or really bad in the slick so when we start off it might not be that good in the mud so we might qualify bad but yet we come to the front in the feature. We’ll just make the adjustments that it tells us it needs and we’ll take it from there.”

While all cars are intended to be durable, circumstances might dictate that some will last longer than others. And in some cases, it might be best for his team to build a new car so that a Longhorn customer who races less often can use one from the 49 stable.

“It all depends,” Davenport said. “We race a lot and we race a lot of long races. Some cars we race a full season and into the next year and some cars we beat up pretty bad and we only run 10-15 races with them. And it comes to our customers too. If they’re needing a car and we’re wanting to switch out some parts, it’s just as cheap for us to basically build a brand new car and sell that (older)car to somebody who races locally and is only going to put as many laps on it in two years as I would in half a year. It just works out good for both of us to keep evolving and keep changing out new parts.”

The Lucas Oil Late Model Dirt Series will kickoff on January 22nd & 23rd at the Golden Isles Speedway in Brunswick, GA before moving further south to continue Georgia-Florida SpeedWeeks at East Bay Raceway Park in Tampa, FL then to Bubba Raceway Park in Ocala, FL, and finally to All-Tech Raceway in Lake City, FL. Expect to see Jonathan Davenport and the No. 49 Longhorn Chassis play a major part in those events.

For those who would prefer to watch the video, here it is in its entirety: