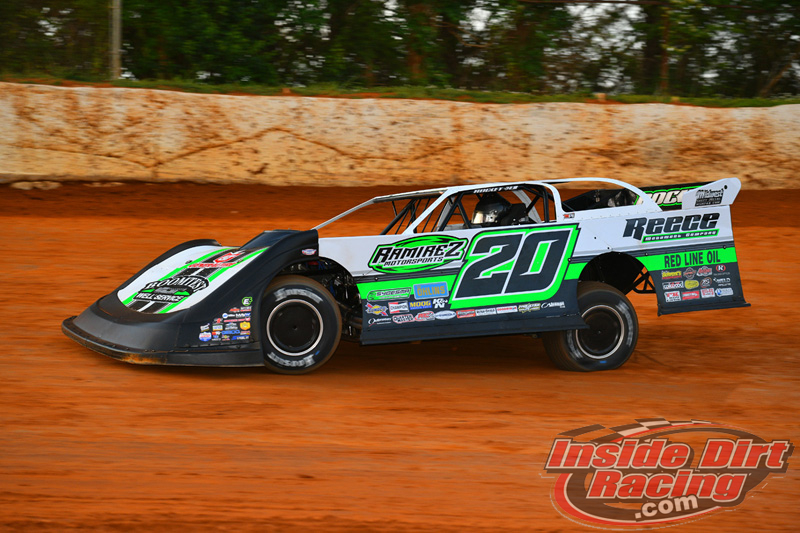 Super Late Model competitors descended on 411 Motor Speedway on Saturday evening to contest an event in front of empty grandstands that was broadcast live by DirtonDirt.com. At the end of the night it would be Jimmy Owens who would leave the Seymour, TN track with the $5,000 first prize along with other bonus awards.

Cory Hedgecock was fastest in Group A qualifying with a lap of 14.086 seconds around the 3/8 mile clay oval beating out Devin Gilpin, Casey Roberts, Kyle Strickler and Jackie Boggs.

Kent Robinson proved to be fastest in Group B time-trials with a time of 14.218 seconds topping Jimmy Owens, Josh Rice, Donald McIntosh and Chase King.

The top-3 from each group went to a dash race that would set the first three rows on the starting grid for the main event.

Logan Roberson took the win in the first heat race of the night ahead of Kyle Strickler, Hudson O’Neal and Josh Putnam while Zack Dohm was the winner of the second preliminary over Jackie Boggs, Zach Leonhardi and Travis Stemler. 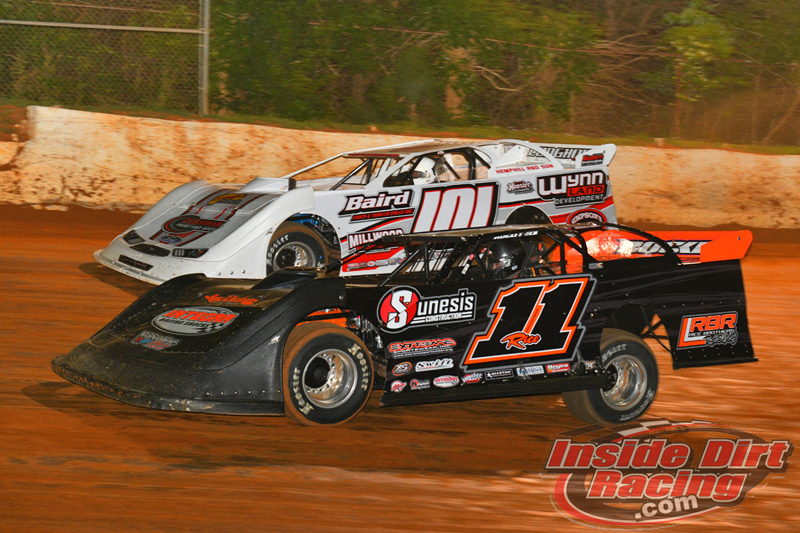 Owens used his outside front row starting spot to his advantage at the start of the 40-lap feature as he won the drag race with Roberts to the first turn. Hedgecock, Robinson and Rice trailed the lead duo during the first circuit around the track.

Gilpin moved up to challenge Rice for fifth in the early going while Hedgecock took the runner-up spot from Roberts on lap 4. Meanwhile, Rice eventually broke away from his battle with Gilpin and engaged in a fight for fourth with Robinson.

Owens began to slip away from the field during the race’s first quarter but slower traffic would intervene on lap 12 the leader found himself among a pack of slower machines. Further back, Rice continued his climb as he moved around Roberts to assume the third position in the running order. 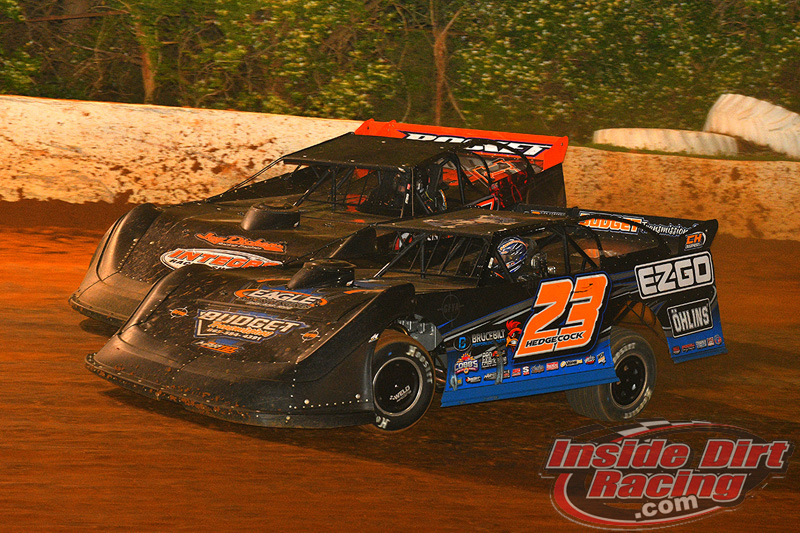 Owens managed to keep slower traffic between himself and Hedgecock as the feature neared the halfway mark but even heavier traffic would bottle up the lead duo on lap 23.

A lap 26 restart saw Hedgecock and Rice exchange slide jobs as they battled for second as Owens again got away from his pursuers.

However, Hedgecock broke free from Rice and moved his car to the high line with ten laps remaining and began to reel Owens in. But the veteran driver moved up into the lane being employed by Hedgecock and then held his advantage. 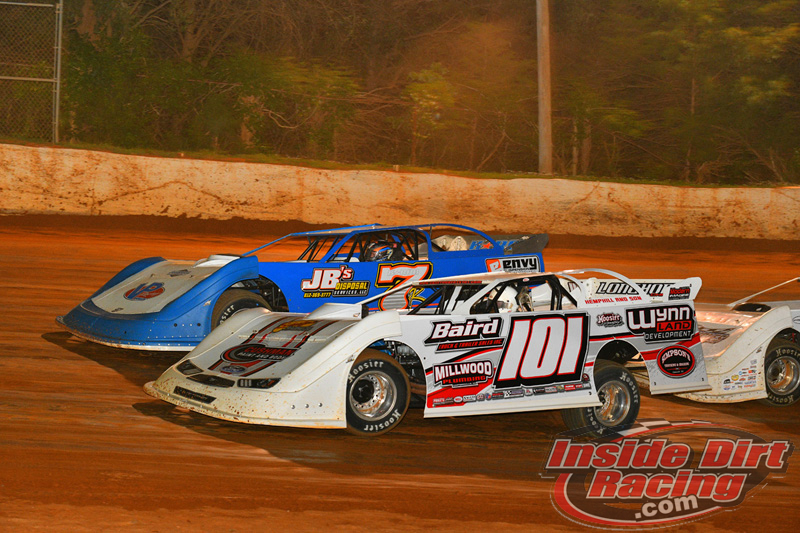 A lap 37 restart proved to be no problem for Owens as he drove on to victory. 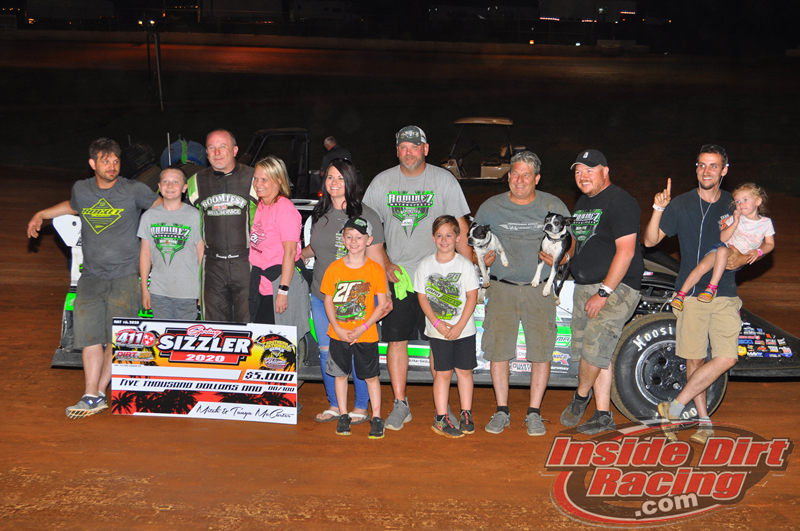 Jimmy Owens and crew celebrate their win at 411.