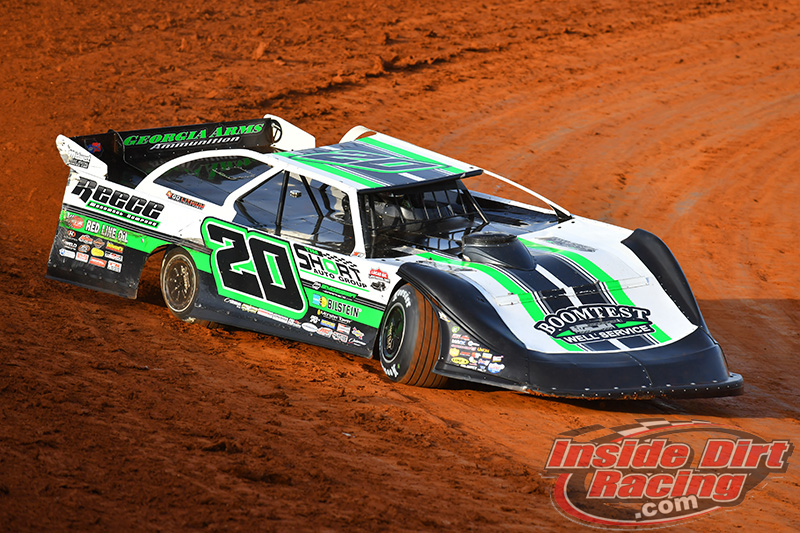 The Longhorn Chassis driver from Newport, TN earned $5,000 for his efforts at the Maryville, Tennessee track.

A total of 45 cars were signed in for competition in the A & B Groups combined.

Results from the Group A and Group B features will be used to set the heat race lineups for Saturday’s $50,000 main event.

Feature Re-cap: When the 30-lap feature took the green flag, Owens went to the lead with Davenport, McCreadie, Ferguson and Mitchell in his wake. Ferguson moved in to challenge McCreadie for third on the second lap but their battle would continue for much of the race.

Owens began to pull away during the early laps while the battles continued further back. Ferguson got around McCreadie to take third on lap 8.

A caution on lap 11 for a tangle involving Seawright and Alberson briefly slowed the action. On the ensuing restart, Ferguson jumped around Davenport to take second then pulled alongside Owens to wrestle for the race lead. However, Davenport would retake the runner-up spot one lap later.

Ferguson got back to second and once more moved in on Owens to fight for the lead. A lap 19 caution for the slowing Cory Hedgecock opened the door for another restart. This time, Davenport would go back to second while Owens continued to lead.

A battle for second that featured exchanges of slide job passes ensued between Ferguson and Davenport took place with just under ten laps remaining. That fight would eventually be won by Davenport.

But in the end, it was Owens who would beat the field to the finish line to claim victory.