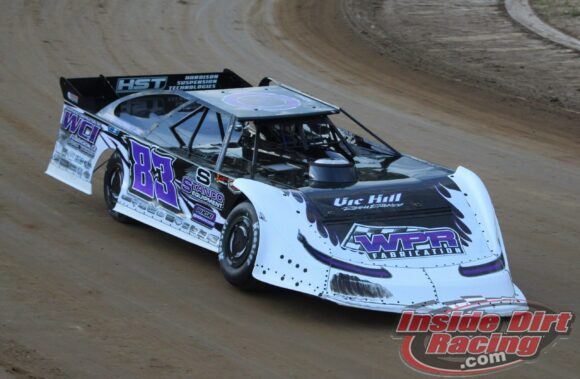 The Valvoline Iron-Man Series carried on with its 2021 season on Friday night at the Wartburg Speedway as part of what is scheduled to be a two-race weekend. After an intense night of racing, it was series points leader Jensen Ford who was celebrated as the race winner. The Johnson City, TN driver earned $4,000 for his triumph in his first trip to the Wartburg, TN track.

Jordan Rodabaugh proved to be the fastest in Group A qualifying as he turned a lap of 12.530 seconds around the quarter-mile clay oval to beat out Jensen Ford, Dan Tipton, Garrett Smith, Drew Kennedy, and Anthony White.

At the start of the 40-lap feature, Rodabaugh went to the early lead ahead of King, McIntosh, Ford, and Delaney. On the second lap, McIntosh went on the hunt as he took the third position away from Ford. Soon afterward, however, a caution for a multi-car tangle at the rear of the field would slow the pace.

On the lap 4 restart, McIntosh jumped up to second while Ford moved around King to claim third one lap later. But King would fight back as he moved under Ford in an attempt to take the third spot back. The two drivers raced side-by-side for multiple laps before a lap 11 caution for a spin by Doug Smith broke up the action.

The lap 11 restart would prove to be pivotal. When the green flag waved, McIntosh moved inside of Rodabaugh in a bid to grab the lead of the race. Contact between the two machines sent both spinning in turn one. As a result, both drivers were sent to the tail of the field.

At that point, Ford inherited the lead with King, Kennedy and Garrett Smith trailing. However, Kennedy would spin for the fourth spot when the next attempt at a lap 11 restart was made.

Once the race got into a rhythm, Ford continued to show the way with King following closely as White, Garrett Smith and Weeks followed the lead duo in single-file formation.

Another caution waved on lap 31 when Dakota Smith’s car stopped on the track. This gave the competition one last chance at a restart but Ford would not be denied as he eventually sailed under the checkered flag to score the win.

The Iron-man Late Model Series will again be in action on Saturday evening at the I-75 Raceway near Sweetwater, TN. 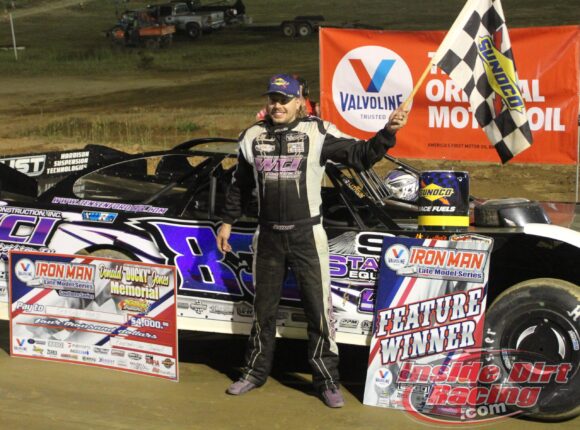