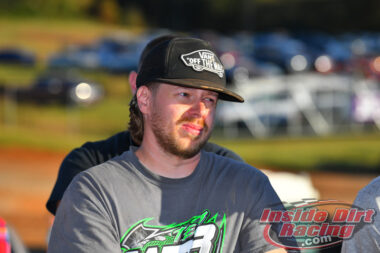 This promises to be a monster weekend at the Volunteer Speedway as the historic high-banked track will play host to a big double-header for the American Crate All-Star Series on both Friday and Saturday nights. The first evening will feature a 50-lap main event that will pay out $5,000 to the driver who is first to cross under the checkered flag then the champion of the second night will take $15,000 away from the Bulls Gap, TN facility.

One driver who will almost certainly be a factor during the two-day happening will be Jensen Ford. The Johnson City, TN resident has turned many laps at Volunteer and is excited to be taking part in such a big pair of races so close to home.

“We’re real excited being at the home track,” the 33-year-old driver told InsideDirtRacing.com in a telephone interview.  “We normally run pretty good at Bulls Gap but we’ve been kind of been hit and miss there this year. We’re trying some new things on the car to see if we can get a little bit faster. It’s going to be a tough field with a lot of the national touring guys there.”

Ford picked up feature wins in the Crate Late Model division in June and August on the 4/10 mile clay oval located just off of I-81. But even with his experience on the track, he knows that the additional laps in this weekend’s features will not only add to the excitement but will add to the demands placed on both man and machine.

“Yeah, especially at Bulls Gap,” Ford answered when asked if the extra laps would factor into this weekend’s racing. “That place is hard on the driver and it’s hard on equipment too, really. Hopefully by Saturday, the race track will be slowed down enough that the 100 laps won’t be as bad on you. On these bigger races for the crates, we’re usually forty or fifty laps so you’re basically doubling the race.”

Ford added that the differing levels of experience among the drivers involved will be a factor as well. National touring series stars such as Jimmy Owens, Ricky Weiss and Kyle Bronson are among those expected to compete along with a number of racers who primarily participate in local shows around the east Tennessee region.

“It’s going to be interesting for a lot of the normal crate guys, it’s going to hard on them because it’s hard on some of them to make forty or fifty laps the way some of them beat and bang and carry on,” he said with a chuckle. “But I think with the national touring guys coming in, you’ll have a really good class of cars so hopefully the attrition won’t be as bad and we’ll have a lot of green flag laps.”

Make no mistake, though. Just because Ford has raced here numerous times and won, he doesn’t believe anything will be easy this time around.

“I wouldn’t say comfort, I mean it’s tough,” the driver of the No. 83 TNT Race Car declared. “I was talking to Ricky Weiss and he was saying he was going to run the crate deal there and I don’t think he realized it’s as tough as what it is. These regional boys who race at Bulls Gap and all around east Tennessee are tough. I told him before he ran that race last Saturday that he would have to run his butt off for $1,500. I told him that he would race harder in a crate car than he ever did in a Super Late Model. I feel like we might have a little bit of an advantage with as many laps as we have here but Jimmy Owens has a lot of laps there too. The main thing for us is to be competitive and hopefully have a shot at the end.”

Ford says the nationally known drivers won’t have it easy either.

“These guys coming in will be tough but they don’t understand how good these boys are around here,” he insisted. “They’re good, we’re all good. Everybody that runs in this region is tough. I think you’ll see several of us up in the top-10. That’s what I’m hoping anyway. It’s going to be tough to make it because I’d say they’ll probably have 75 cars and I’d say 50 of them will be able to win the race if everything falls right for them.” 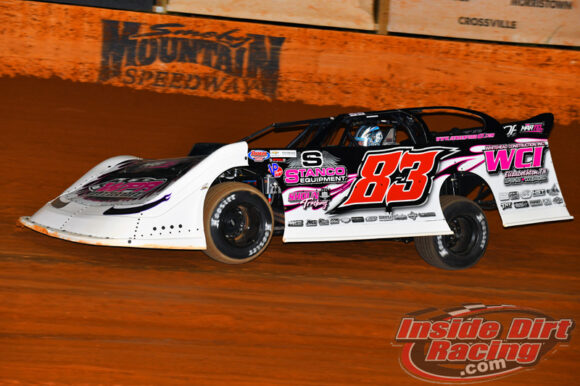 As far as his own preparation is concerned, Ford says that his team has done some extra work in order to put their best foot forward in these big money features.

Should Ford be able to pull into victory at the end of either night, it would rank as a career highlight.

“The biggest race I’ve ever won was a $4,000 race at Crossville,” the driver recounted. “I’ve run second twice in the Fastrak Grand National, or World Championship is what they called it then, and it paid $7,500-to-win. I won a Fastrak Grand National race at Bulls Gap for their end of the year national championship deal. If I win either of these two races this weekend, it would be the biggest of my career.”

Racing action is slated to begin at 5:30 on Friday night and 3:00pm on Saturday afternoon.