Jason Trammell has numerous wins and track championships at Tazewell Speedway. Few are as big as his win Friday night in the Iron Man Championship Series race.

Twenty late model signed in for the 40-lap, $5,000 to win race. Josh Sneed, in his Tootle Estes throwback, had issues in hot laps and retired for the night. It was up to 19 late models to battle for fast time.

Vic Hill led the way in group A of time trials with a time of 11.487 seconds. Jason Trammell set the pace in group B qualifying with a lap of 11.478 seconds.

David Payne won the last chance heat to set the starting grid for the main event.

As the green waved in the air, Hill jumped into the lead heading into turn 1. Trammell got off to a slow start and Donald McIntosh quickly grabbed second. After the first lap was completed, fourth running Michael Chilton slowed going down the back stretch. That set off a chain reaction spin as cars attempted to dodge the slowing Chilton. Steve Smith got the worst of it with major damage to the front of his car.

When the race returned to green, Hill set the pace with McIntosh maintaining second over Trammell. Ryan King and Pearson Lee Williams battled it out for fourth and the lead three cars pulled away. The pace was quick and the bottom groove was the preferred line around the 1/3-mile track. Hill easily navigated slower traffic, but appeared to be slowing as the race near the midway point. 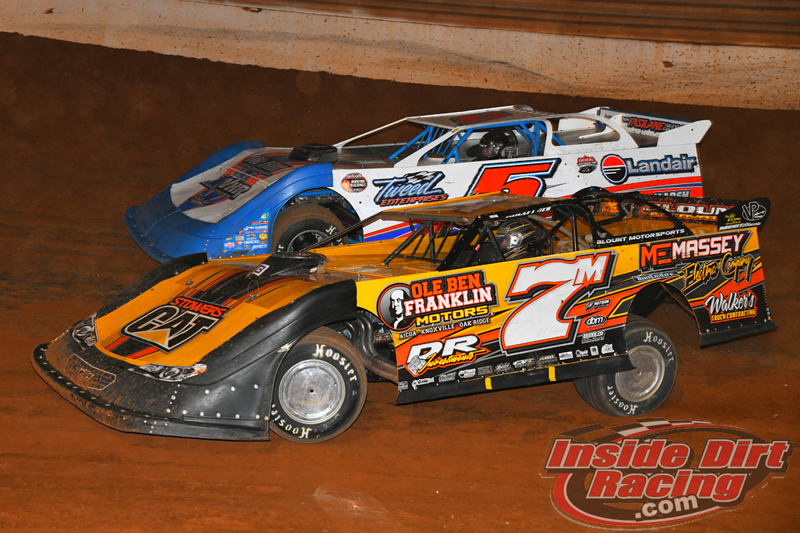 McIntosh became glued to Hill’s rear bumper as the raced halfway. Hill got a little out of shape on lap 22. That allowed McIntosh to zip by for the lead. But on the following lap, Hill made contact with McIntosh going into turn 1. That sent McIntosh spinning and cut and left, rear tire.

On the restart, Hill slowed in turn 2, allowing Trammell to go by for the lead. The caution quickly waved for Hill to avoid another melee. 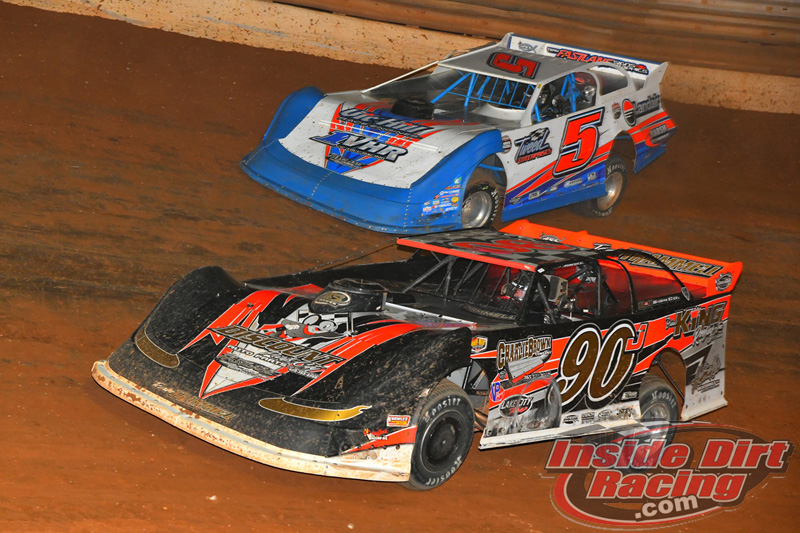 The next restart saw Pearson Lee Williams get sideways going down the front stretch. Williams made contact with King, then made more contact with King in turn 2. King spun in turn 2 and numerous cars scattered. Several cars involved received minor body damage and were able to continue. Williams was charged with the caution and King retained his spot which was now second place.

After going to a single file restart, the race went back to green with no incidents. Trammell and King gapped third place Greg Estes as the laps began to wind down. As those two were in their own zip code, the battle for third through sixth remained hot. Dakotah Knuckles spent numerous laps pressuring Estes for third. Fifth running David Payne kept pressure on Knuckles. Those three kept looking for opportunities to gain a spot.

As the race wound down, King closed in on Trammell to make it a race. Trammell maintained his line and won the race over King. Knuckles got by Estes for third on the final lap. Payne held off Jake Knowles for fifth. 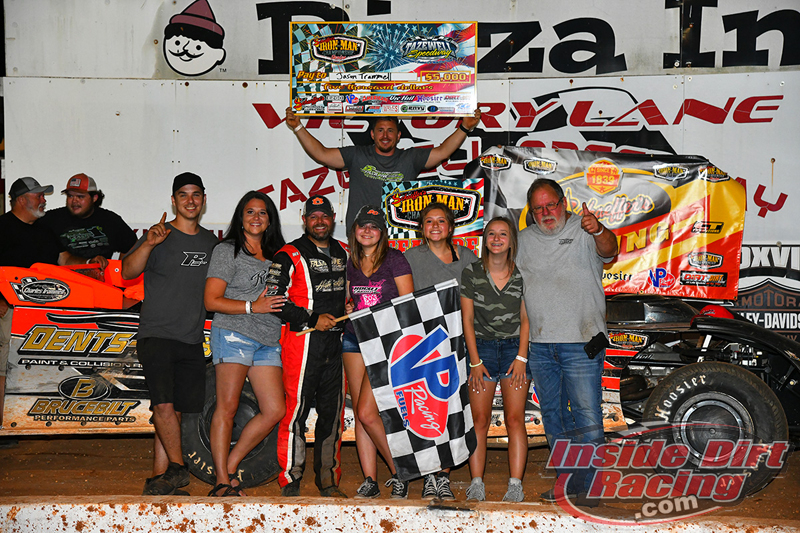