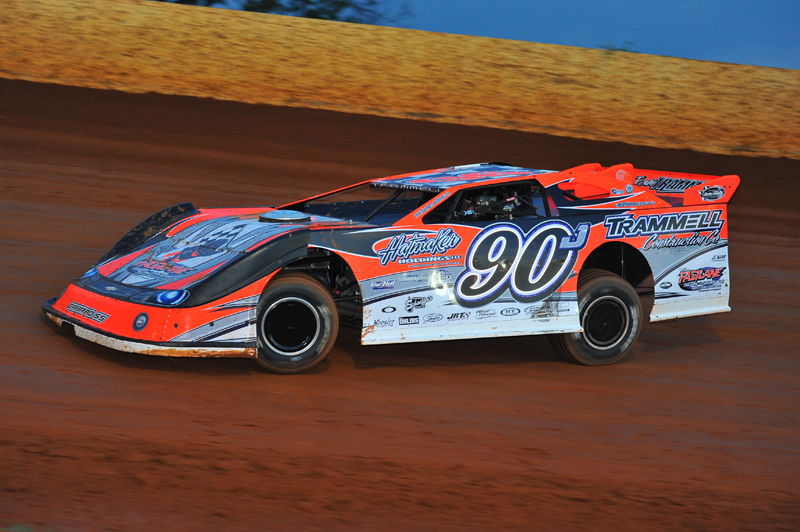 Jason Trammell picked up his first Limited Late Model win of 2014 at Tazewell Speedway just last weekend. And in Thursday night’s Mid-season Championships on the high banked oval, he doubled his win total and collected $1,500 in what proved to be one of the most thrilling finishes of the season.

Trammell began the night by setting fast time in qualifying with a lap of 12.182 seconds around the third-mile oval. With the feature lineup being set entirely by time-trials, Trammell was joined in the top-5 on the starting grid by Greg Estes, Josh Henry, Josh Collins and Jody Horton.

At the start of the 30-lap main event, Trammell jumped to the lead immediately and looked as if he might run away from the competition in the early laps. However, Estes established himself as the second place runner and was able to keep Trammell in his sights, especially after the two lead cars encountered slower traffic in a race that ran caution free until lap 21.

While Trammell and Estes separated themselves from the pack in the first half of the event, Henry maintained his position in 3rd as Collins battled 7th starter Cory Hedgecock just behind.

A series of yellow flags would slow the action over the final third of the race distance. And each time the green flag waved to restart the action, Hedgecock moved closer to the leader. After the lap 21 restart, Hedgecock moved around Collins to gain 4th. Then after a lap 23 restart, the driver of car #23 made a three wide move that resulted in him ultimately taking the 3rd spot away from Henry. And just after the race’s final caution on lap 27, Hedgecock jumped around Estes to put himself in the runner-up position.

Over the final three laps, Trammell led as Hedgecock quickly closed the distance between the two cars. Finally, he made his move as the leaders roared through turns three and four for the final time. At the finish line, Trammell edged Hedgecock by a fender to claim the victory.

In his post-race interview, Trammell said that he believed his right rear tire was giving up some traction, which caused him to slow his pace just a bit.

Henry’s 4th place finish was good enough to allow him to claim the trophy for being the Tazewell Late Models points leader at the Mid-season mark. 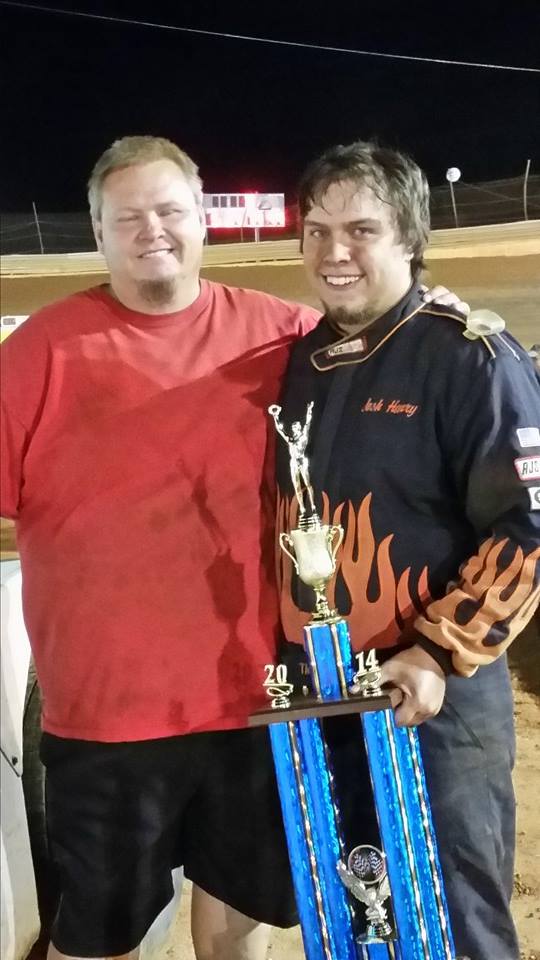 Josh Henry with his father, Skimp, and his Mid-season Championship trophy.