James McFadden living out his dream with the World of Outlaws 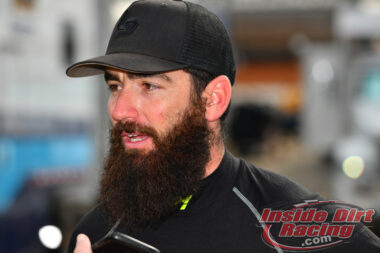 James McFadden had wanted to be a race car driver since his early childhood. And now, the native Australian is getting to live out that dream by piloting the Roth Motorsports machine as a regular on the World of Outlaws NOS Energy Drink Sprint Car Series. But this opportunity was a long time in the making.

“I started racing go-karts at 7 so basically every kid’s dream is to be a race car driver,” the 32-year-old McFadden told InsideDirtRacing.com. “We just sort of raced around as much as we could then I got in a Sprint Car when I was old enough. I came to America in 2014, I think, for the first time. The way it works with visas and stuff, you could only come over for four to six weeks for the first couple of years. Then I got better and got in with different teams. I then got the opportunity to get into rides like this and got visas and be able to stay for longer. It’s a process, but it’s been a fun one.”

Growing up in Alice Springs, Northern Territory, McFadden was exposed to all sports, racing in particular, from the very beginning. It’s just part of life ‘Down Under’. And racing is becoming an even bigger part of life there.

“Racing is a huge part of what we do, we’re obviously a small country population wise,” McFadden explained. “Australians just love sport whether it’s football, soccer, or motor racing. Sprint Cars are big back in Australia and growing. Our car counts are huge and our crowds are getting really big. All around, we have really good motorsports, V-8 Super Cars, our drag racing is picking up really well, and we’re building a lot of good facilities. I think racing back home is a big sport. We have a lot of tracks and there’s young talent coming up so it’s an exciting place to be.”

He is the fourth Australian behind Brooke Tatnell, Kerry Madsen and Ian Madsen to compete on a full-time basis with the World of Outlaws here in the United States.

McFadden currently sits 8th in the World of Outlaws Sprint Car Series standings having placed his No. 83 ride within the top-five of the finishing order six times so far this season along with nine top-ten results. This coming after a 2021 campaign in which he won two features and Rookie of the Year honors while driving for Kasey Kahne Racing. In all, the bearded Aussie has scored a total of four WoO victories over the course of his career with the first coming at Pennsylvania’s famed Williams Grove Speedway back in 2017. 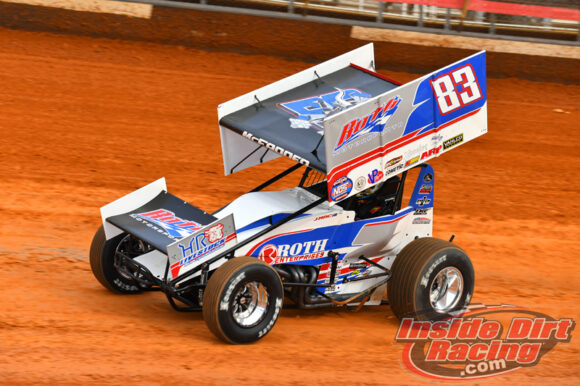 James McFadden in the Roth Motorsports No. 83

While he always dreamed of being a full-time racer, landing in a ride on the World of Outlaws Sprint Car Series seemed like an impossible thing to do just a few short years ago. However, an unexpected turn of events involving Kasey Kahne provided an opportunity with a top-tier organization.

“If someone had told me that four years ago I probably would have told them they were stupid,” McFadden replied when asked if he had thought this life would ever be possible. “Three or four years ago I decided to stop racing over here and concentrate on home and business and things like that. Obviously it was an unfortunate situation with Kasey three years ago when he got hurt and I got called to do ten races. It’s the way this sport works, you can be so close but so far and we were lucky enough to get the opportunity to do the tour and now we’re here for our second season. It’s pretty crazy.”

Being so far from home and the friends and family there can present its challenges. That was particularly true during the Covid-19 pandemic when McFadden experienced a major life change.

“That was tough,” he explained of the difficulties in travel. “We had signed up to do a full season with Kasey then I was stuck in Australia. Getting permission to leave the country and visa stuff was a massive amount of work to get here. Coming here not knowing if I could get a flight home was pretty tough also. Then in that whole time, I had a baby. Going back home to see him and getting locked down in a hotel and all that sort of stuff was tough. It was all worth it in the end. Juggling that whole deal was pretty wild, going through the biggest airports in the world with nobody in them was pretty crazy. Hopefully now it’s easier to fly back this fall.”

The World of Outlaws and McFadden’s Roth Motorsports team have a busy slate of action ahead over the next couple of weeks that will take them to Pennsylvania, New Jersey, Ohio and Indiana up to and through the Memorial Day holiday.