Home Blogs Is Chris Madden Set to Have One of “Those” Seasons?

Is Chris Madden Set to Have One of “Those” Seasons? 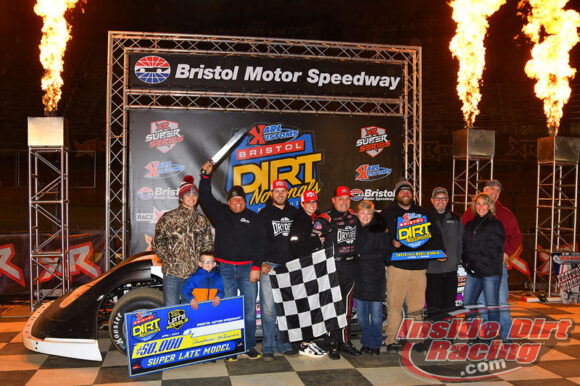 Chris Madden and crew celebrating one of their wins at Bristol

Every couple of years or so it seems like one of the big stars in Dirt Late Model racing has one of “those” seasons in which they win a number of the biggest events and take home large amounts of money in the process. Jonathan Davenport had one of “those” seasons in 2015, Brandon Sheppard had one in 2019, and of course, Brandon Overton garnered many of the headlines during his huge season in 2021.

What I mean by one of “those” seasons is an effort by a driver and team that will have everyone talking throughout the year as well as for years to come.

So far in 2022, Chris Madden has gotten off to a great start and seems to be well on his way toward one of “those” seasons. The 46-year-old driver from Gray Court, SC has already won two features that paid $50,000 each and collected a $100,000 bonus. And all of that occurred over the space of just two weekends.

Madden and his team clearly had their act together during the XR Super Series-sanctioned Karl Kustoms Bristol Dirt Nationals where he scored the two previously mentioned victories, a runner-up finish on a night in which had start in the mid-pack due to a penalty, and that lucrative bonus awarded to the driver who accumulated the most points during the four races at the Bristol Motor Speedway.

But the reason I would be willing to offer up the possibility that ‘Smokey’ might be on his way to a season that would match those by other drivers already provided as an example goes beyond his early season success on the dirt covered NASCAR track.

Madden finished his 2021 campaign on a strong note by winning the Peach State Classic at Georgia’s Senoia Raceway. That race paid just over $50,000-to-win. The No. 44 Rocket Chassis then rolled into victory for the seventh time in its driver’s career in the Blue-Gray 100 at the Cherokee Speedway in his home state. And the races at Bristol are not the only wins for this team in 2022.

Madden got off to a good start on the World of Outlaws CASE Construction Late Model Series by picking up a $10,000 triumph at Volusia Speedway Park in February. His string of consistent finishes during Georgia-Florida SpeedWeeks actually had him sitting atop the standings for that series before he missed some of that tour’s events in order to compete at BMS.

There is obviously no way to know how the remainder of the 2022 season will play out. But there can be little doubt that Chris Madden has gotten off to the best start of any Dirt Late Model driver up to this point. His string of victories is somewhat reminiscent of the run he had in the summer of 2019 when he won the USA Nationals, the North-South 100 and the Topless 100 in close succession.

If he can keep the momentum he has already shown up for very much longer and adds a few more big purses to his totals, this may go down as one of “those” seasons by the time he is through. And keep in mind, there is a single race coming up in the not so distant future that will pay $1,000,000 to its winner. Of course, whoever wins the Eldora Million will be counted as having a great season no matter what else they achieve throughout the season.

Payton Freeman looking to gain experience on a bigger stage