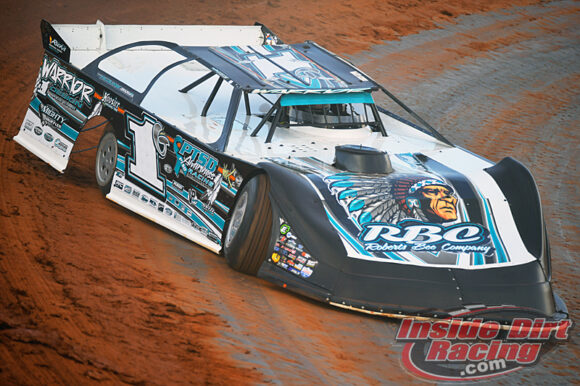 SOMERSET, KY (December 17, 2020)—Officials with the Iron-Man Late Model Series have released the 2021 schedule of events for the Southern Tour.

The schedule features 15 points events in Kentucky, Tennessee and Indiana. The series will open in Florida in February during Speedweeks for two non-points races. This will mark the seventh season of touring races for the series. In 2021, the tour features six five-figure paydays.

The 2021 season opens on February 5 & 6 during Speedweeks at North Florida Speedway in Lake City, Fla. with a pair of $8,000-to-win features on Friday and Saturday respectively. These will be non-points races with the Northern and Southern Iron-Man Late Model Series to open the season during the Inaugural Florida Frostbuster, an event put on by Ohio promoter Brad McCown and Florida promoter Candice Kealy. The tire rule for the Florida races only will be as follows: Left Rear/Fronts – Hoosier Rib (28.5) 1300, Right Rear – Hoosier (29.0) 1300 NRM, (29.0) 1300 NRMW, (92) LM40. Competitors must use the same set of (4) tires for Qualifying, Heat Races and Conseys. For the Feature race, competitors may use (2) new tires.

The series will visit 411 Motor Speedway in Seymour, TN on Monday Memorial Day May 31 for the 9th Annual Scott Sexton Memorial paying $10,052-to-win. The series will return on November 27 for the 6th Annual Leftover Race paying $5,000-to-win.

The Series returns to Brownstown (Ind.) Speedway for the first time since 2018 on Saturday August 7 for the running of the 17th Annual Hall of Fame Classic paying $10,000-to-win.

A couple of TBA’s are on the schedule and will be released at a later date. Also, the announcement of the title sponsor for both the Northern and Southern tours is forthcoming.

August 7-Brownstown Speedway-Brownstown, IN-$10,000 to win

-Schedule is subject to change-