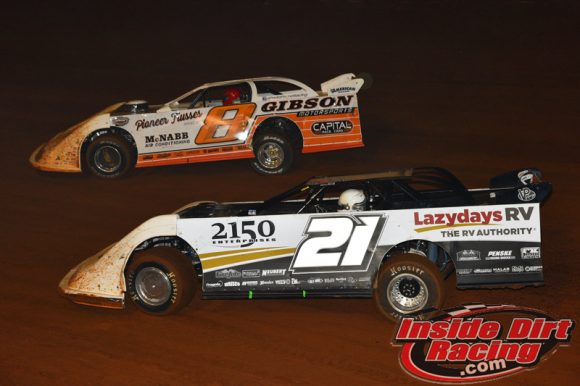 Despite the fact that the 2019 season has not yet concluded for the Schaeffer’s Oil Iron-Man Late Model Series presented by DirtonDirt.com, the Chris Tilley-promoted tour has already released its slate of races for the 2020 tour. A total of 16 races await those who plan to compete for the series title in the upcoming year.

Highlighting the campaign will be the season opener on April 11th at the super high-banked Tazewell Speedway. That feature will pay a robust $20,000 to its eventual winner. With such a significant cash prize on the line, it would seem likely that numerous of the top competitors not only from around the region but also from all over the country will be on hand vying for a trip to victory lane.

The Iron-Man Late Model Series will sanctioned two other events during 2020 that will pay just over $10,000-to-win.

The Scott Sexton Memorial held at 411 Motor Speedway in Seymour, Tennessee on May 25th will offer a $10,052 first prize while the Harold Hargrove Memorial set for August 29th at Lake Cumberland Speedway in Burnside, Kentucky will hand out a check valued at $10,022 to the victor.

Races to be contested throughout the course of the season at Ponderosa Speedway, Wartburg Speedway, I-75 Raceway, Volunteer Speedway, and Smoky Mountain Speedway as well as additional stops at 411 and Lake Cumberland will pay out between $4,000 and $5,000 to the winners.

The 2019 version of the Iron-Man Late Model Series will conclude its schedule on November 30, 2019 in the Leftover event at 411 Motor Speedway. 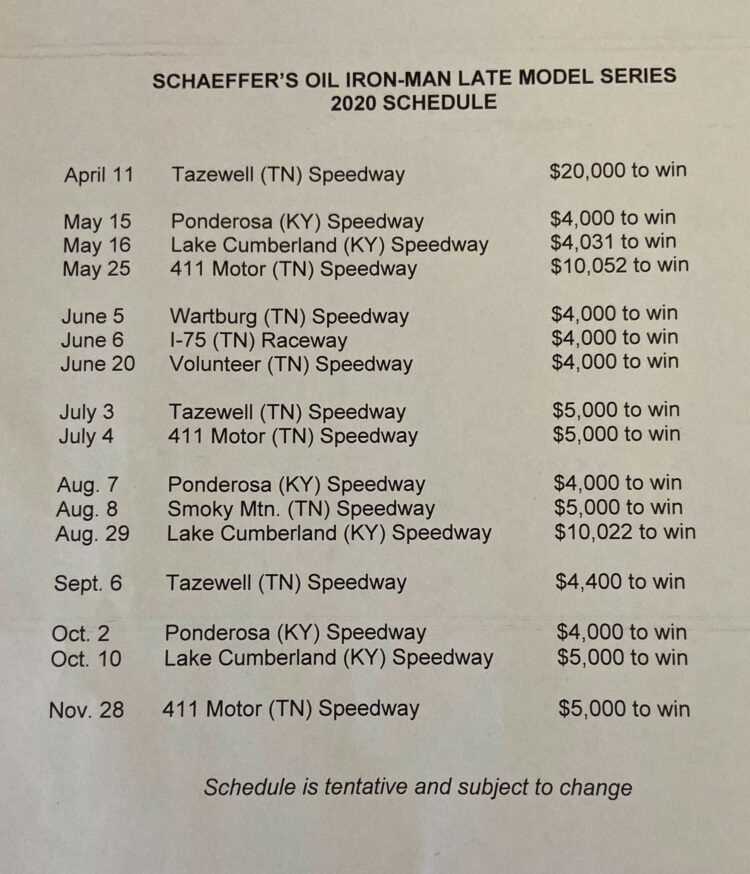