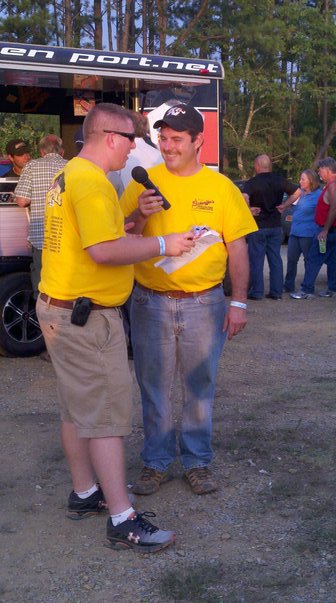 Ray Cook, along with brothers Keith and Tader Masters, started a southeastern based racing series fifteen years ago that would run in a somewhat similar fashion as the Midwestern Summer Nationals. Since then, the Schaeffer’s Oil Southern Nationals has grown to the point that in 2019 the midsummer mini-series not only had an 11-race schedule but also saw almost half of those events pay $10,000 to the winner. But there is more to the story than just those races than run each year in July.

With the success of the Southern Nationals, Cook decided to expand that brand to include a second mini-series that would run earlier in the year than the Southern Nationals. In 2013, the Spring Nationals hit the track and, like its predecessor, has experienced phenomenal growth throughout its seven-year history.

But still, fans along with competitors and tracks wanted more. As a result, Cook and his crew added what was then called the Southern Nationals Bonus Series to sanction races that did not fit neatly onto the Spring Nationals or Southern Nationals schedules. The SNBS ultimately built up a diverse schedule but the racing was somewhat sporadic as events encompassed a large chuck of the calendar.

In an effort to tidy things up a bit, Cook has done away with the Southern Nationals Bonus Series and added the Schaeffer’s Oil Fall Nationals to the racing calendar beginning in 2019. This allows for the racing to be neatly compartmentalized into three distinct groupings with each paying out points fund money at designated intervals throughout the season. This provides drivers and teams the opportunity to earn championship payouts at three different times during the racing year rather than having to wait until the end of one long campaign to get paid.

Beginning on Friday night at Smoky Mountain Speedway in Maryville, Tenn. the first ever Fall Nationals event will get underway with a $4,000-to-win feature race. That race will be followed up one night later with a $10,000-to-win show at North Georgia Speedway in Chatsworth, GA.

In all, seven races are scheduled for the inaugural running of the mini-series with dates set for Thunderhill Raceway Park and Tazewell Speedway in Tennessee on August 31st and September 1st respectively. Later, Georgia’s Toccoa Raceway and Senoia Raceway will host the Fall Nationals. And finally, the series will conclude in October at Cook’s own Tri-County Race Track in Brasstown, NC.

If history serves as any guide at all, this could very well be the beginning of yet another successful venture for promoter Ray Cook.