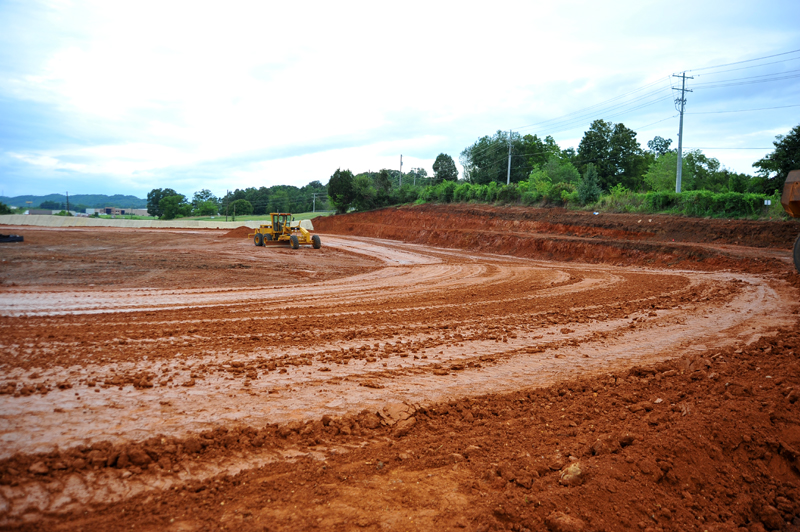 Early construction of I-40 Raceway in August 2013

The much talked about I-40 Raceway is on its way to being finished. Doug Sopha and Chris Corum have announced construction is in its final stages on the new 1/4-mile facility located adjacent to the I-40 Motocross. It is hopeful construction will be wrapped up in order to have a late April practice session and an early May grand opening.

“We got behind with the construction due to the bad weather we’ve had this winter,” Corum stated. “Doug assures me it will be finished in time for racing this spring.”

The original plan was to name the track Atomic Speedway and run five or six classes every Friday night. After much discussion, the facility will now be called I-40 Raceway and will host Sunday afternoon racing.

“We’re going to start out as a grass-roots racing type of a track,” Corum said. “We’ll run mini stocks, junior hornets, and classes like that on Sunday afternoons. With Boyd’s Speedway running on Saturdays, I-75 will most likely run on Fridays. We gave them Fridays so we can do a Sunday afternoon deal.”

Corum said most likely the classes for the new I-40 Raceway will be mini stocks, UTV, junior hornets, and one rotating class between mod lites and classics.