Hudson O’Neal set to drive for Double Down Motorsports 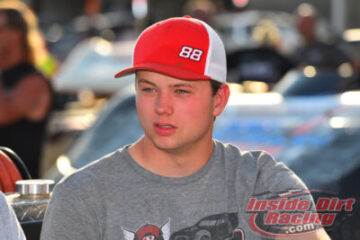 It has been announced that rising Dirt Late Model star Hudson O’Neal will assume the driver’s seat for Tennessee-based Double Down Motorsports next season. The Roger Sellers-owned team will field a No. 71 Rocket Chassis for the 20-year-old driver who was 2017 Lucas Oil Late Model Dirt Series Rookie of the Year.

O’Neal is the son of legendary racer Don O’Neal. While driving for SSI Motorsports the second generation driver finished 7th in the LOLMDS standings in 2019. During his relatively short career the Martinsville, Ind. native has won premiere events such as the ‘Clash at the Mag’, the Jackson 100, the Ralph Latham Memorial, and the LOLMDS feature at Smoky Mountain Speedway.

As recently as this season, O’Neal scored a $12,000 win in a Lucas Oil Late Model Dirt Series feature at Portsmouth(OH) Raceway Park on Labor Day weekend.

Double Down Motorsports fielded cars on the Lucas Oil Late Model Dirt Series on a full time basis in 2019 for driver Shanon Buckingham and had continued on that national touring series throughout much of the coronavirus-interrupted 2020 season. Buckigham finished 10th in the final standings on the series and scored a win at Tazewell Speedway. However, the veteran driver announced earlier this year that he had opted to seek other opportunities outside of racing leaving the seat in his former ride vacant. 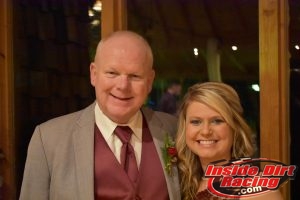 “I can’t express just how excited I am to have Hudson on board and driving our equipment in 2021 and beyond,” team owner Roger Sellers said in a press release announcing the news. “Hudson is an exceptional talent behind the wheel, but is also a very polite and well-spoken young man that will be very marketable to our current group of partners, as well as potential sponsors in the future. We have a lot of details to still figure out heading into 2021, but I think the pieces will all come together to have a terrific season, as we vie for the Lucas Oil Late Model Dirt Series National Championship!”

O’Neal and SSI Motorsports parted ways at the end of the 2019 season. At that point, the young driver accepted a ride in the MasterSbilt Race Cars house car, where his father achieved great success over a decade ago. However, that situation did not work out and the two parties separated midway through the season.

O’Neal then drove a Rocket Chassis owned by Craig Sims. In that effort he won the Lucas Oil Late Model Dirt Series feature at Portsmouth(OH) Raceway Park on September 5th.

“First off, I have to thank Craig and Shannon Sims and the entire Sims family for stepping up and fielding a car for the past couple of months,” O’Neal said in the press release. “I am very excited about this new deal and it will be an honor to represent Double Down Motorsports in first class fashion both on and off the racetrack in 2021. I can’t thank Roger and everyone associated with Double Down Motorsports enough for believing in me and providing me with such an awesome opportunity. Roger pours his heart and soul into that race program and has such great equipment – it is going to be an incredible year I believe!”

The new team will pursue the Lucas Oil Late Model Dirt Series championship in 2021 beginning with the season-opening weekend at the Golden Isles Speedway in Georgia on January 22 and 23.