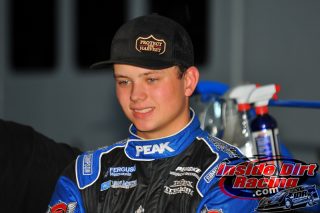 Hudson O’Neal was in the midst of a breakout season in 2018 until a shoulder injury sidelined the 18-year-old driver following his third place finish in the August 11th running of the North-South 100 at Kentucky’s Florence Speedway. The surgical procedure on that injured shoulder and the time needed for recovery ended the young racer’s season prematurely.

Prior to his injury, the Martinsville, Ind. native had won the $20,000-to-win Lucas Oil Late Model Dirt Series event at Magnolia Motor Speedway in Columbus, MS. And just three days prior to the North-South 100, O’Neal had won the rain delayed $12,000 Ralph Latham Memorial feature at Florence Speedway.

The son of legendary Dirt Late Model driver Don O’Neal took to Instagram earlier this month to offer an update on his recovery:

“Shoulder Update: I am 12 weeks post op!! Very far ahead of schedule on recovery! I will be clear by end of December or early January! My original date was beginning of February so we’ve made a lot of gains! Looking forward to being back!” 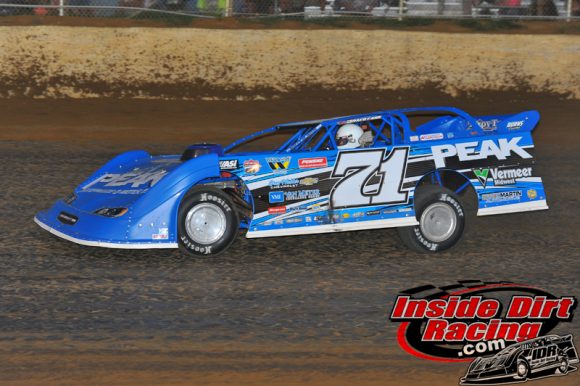 Hudson O’Neal looks to return to racing action in 2019

While O’Neal will not be back in time to defend his preliminary win in the Gateway Nationals at the Dome at America’s Center in St. Louis, it does sound as if Hudson O’Neal will be ready for racing at the Arizona Speedway beginning on January 5, 2019.

The schedule posted on the driver’s website indicates that the SSI Motorsports team will follow the Lucas Oil Late Model Dirt Series in the coming season.