Home Blogs How appropriate was it for Scott Bloomquist to lead the 50th World 100 to green?

How appropriate was it for Scott Bloomquist to lead the 50th World 100 to green? 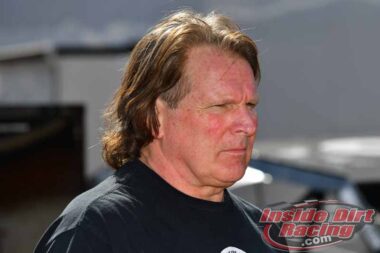 There have been many times in racing when a thing that seems poetic and feels right just somehow works out. That, to this writer, felt like the case on Saturday night when the 50th annual World 100 got underway at the famed Eldora Speedway. Due to the odd circumstances brought on by the pandemic-related postponement of this event in 2020, the 51st annual version of the Dirt Late Model racing marquee event was held on Thursday night at the Rossburg, Ohio track prior to the historic 50th running.

When the cars roared onto the front stretch to take the green flag for the feature race on Saturday a very familiar machine was leading the pack. After winning the sixth heat race earlier in the night, pole position starting Scott Bloomquist shot to the early lead in his famed No. 0 Team Zero Race Car.

Bloomquist is Eldora’s most prolific winner. The Mooresburg, Tennessee driver has accumulated four of the much coveted Globe trophies for winning the World 100 over the course of his storied career. Also, the National Dirt Late Model Hall of Fame member has earned no less than eight victories in the Dirt Late Model Dream and the monster payday that comes with that checkered flag.

However, the 57-year-old driver has not been winning at the same prolific rate in recent years that his fans and competitors had grown accustomed to earlier in his career. Numbness in his lower extremities, perhaps resulting from a serious motorcycle accident in May of 2019, has interfered with his racing.

As a matter of fact, he had not competed at all since the Silver Dollar Nationals on July 24th at the I-80 Speedway in Nebraska. But at least for a time on Saturday, he looked like the Bloomquist of old at the track that has added so much to his legacy.

Following his heat race win on Saturday night, Bloomquist offered some comments about the moment to FloRacing.com. In that brief interview he touched on the fact that he was almost unable to race in the 50th World 100 after some of the numbness he had been experiencing returned during the 51st World 100. 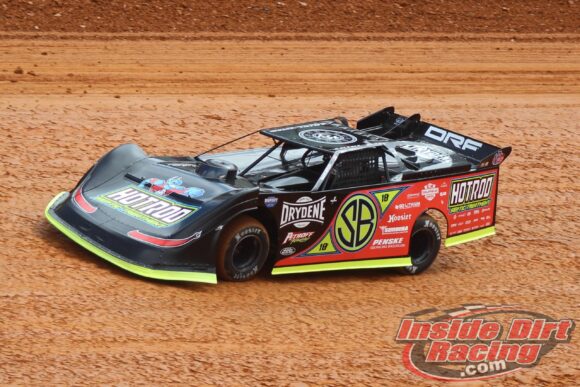 Scott Bloomquist started the 50th World 100 from the pole

“It’s pretty exciting stuff,” he declared. “Everybody’s talking about the trophy, it’s a different trophy for the 50th. It’s exciting. We weren’t really sure if we could be in this thing or be able to race this weekend. We’ve really worked hard. A chiropractor and friend of mine has been coming down and is here this weekend. He has really been helping me a lot. I got rid of a lot of that numbness that we ended up experiencing on Thursday night. We worked on the seat, he worked on me some more.”

Bloomquist went on to lead the first 18 laps of Saturday’s feature before ultimately settling for a 16th place finish. But the fact that he was part of the story of this race just seemed right.