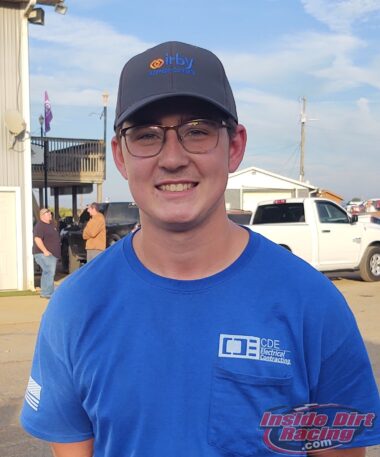 Hayden Cardwell is no stranger to success in various forms of racing. To confirm that, the 19-year-old driver from Knoxville just completed a season in which he was crowned as the American All-Star Series presented by PPM champion. That regional touring series, which employs 604 Crate Late Model machines, sanctioned a 17-race slate that sent drivers and teams to ten different tracks located in five states.

Taking on such a series was a new experience for the young and talented Rusty Webb Racing driver. Because of that, he went into the season with what seemed like realistic expectations. Ultimately, though, Cardwell exceeded even his own hopes.

“This was my first full season in a 604 car and a couple of weeks before we even went to I-75 for the first two races, I was telling my girlfriend that if I was to win one race this season it would be an accomplishment for me,” Cardwell told InsideDirtRacing.com. “That was going to be my goal whenever we set out to do that thing. I was able to pick up the win at I-75 on the second night and I was able to go on to win five more races this season with the American All-Star Series. It was a great year for us. That tour deal, it was a lot of up and down the road, for a 604 car. We had the goal of just doing the best we could and we’ve had a great year so far, I think we have 13 wins overall.”

Early in his career, Cardwell had competed close to home for the most part. However, racing a series allowed him to experience new places and new venues.

“It was definitely something different for me, it was something new, but it was awesome for me,” Cardwell declared. “It was a great experience for me to go to probably eight or nine different tracks that I had never seen before and we were able to win at a few of them. It’s been a learning curve, but at the same time, I think it’s best for my future to get into it early. Hopefully a few years down the road it really benefits me in my future racing.”

The driver, who comes from a racing family, piloted a 602 Late Model and a Sportsman Late Model throughout most of 2021 so this season’s move into the 604 Crate Late Model division required a little adjustment, but not as much as one might think. There was also the adjustment of steering a new chassis brand.

“It’s really not too much, just a little bit bigger motor with the 604 but there’s not too much difference there,” Cardwell explained. “This was the first year for me ever driving a CVR Race Car so it took a little bit to get adjusted to. I was driving a MasterSbilt with my family’s car. That was a little bit of a learning curve but once we got settled in, it was all good.”

Cardwell’s talents are not limited to the physical track itself. He is also one of the most accomplished competitors in the virtual world as well. In 2020, he entered the World of Outlaws iRacing Series, again with modest expectations. But again, he wildly exceeded even his own hopes.

So what led him into that form or competition?

“I want to say that it was either my Freshmen or Sophomore year of high school, they just came out with dirt on iRacing,” Cardwell recalled. “I played a few other sim games growing up like rFactor and stuff like that. When I saw it come out I thought it would be really cool to get in to. After it actually came out for dirt, I was able to invest in a computer and the other stuff.”

Not only was it satisfying to compete with racers from all over the country and the world, but it proved to be lucrative as well.

“I was able to get in there about the time they came out with the World of Outlaws iRacing Series that ended up paying $10,000-to-win,” he pointed out. “I thought for a video game it would be pretty cool but the shot of me winning isn’t very high. We were able to lock ourselves in through a qualifying series and then I was able to win the $10,000 championship.” 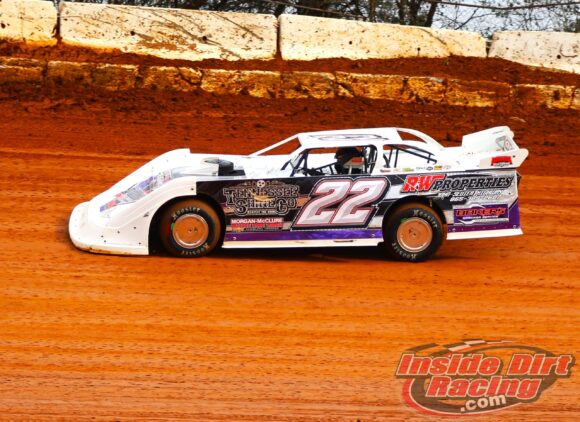 The Rusty Webb Racing No. 22 which was driven by Hayden Cardwell in 2022

According to the driver who has been successful at both, there is not necessarily a great deal of translation between the two forms of racing. But there is some.

“I always tell people who ask me if iRacing is anywhere close to the real world stuff, I say that it’s not as close as you think it is but I don’t think if I hadn’t done that I wouldn’t have picked up(in the real race car) as fast as I did.”

Unlike the professional drivers and celebrities who compete in iRacing, Cardwell says an expensive rig is not essential for success in virtual racing.

“I just had a cheap G920 wheel with cheap pedals and a cheap computer,” Cardwell recalled. “We didn’t go all out like some people. Some of these guys have $15,000 or $20,000 just in their rig. We went the cheaper route. People ask why I don’t have nicer stuff but I tell them I won that money as it is so I’m not going to spend any money if I don’t have to.”

With a real world ride in the seat of the Rusty Webb Racing No. 22 machine, Cardwell doesn’t have as much time as he once did for iRacing.

“The actual real life stuff is harder. You have a reset button on the game if you mess up and it’s not going to cost you money.”

Devin Moran set to drive for Double Down Motorsports in 2023