Chris Ferguson has been known as one of the bright, young starts in dirt late model racing for a number of years. A win in a Lucas Oil Late Model Dirt Series race at Fayetteville Speedway in 2017, plus numerous other wins across the southeast, lent some credence to that title.

After running two partial seasons with the World of Outlaws, the Mount Holly, North Carolina driver has been inconsistent the last couple of seasons. When Ferguson has been running well, mechanical problems or bad luck would derail a good night.

Ferguson has turned that around in the middle part of the 2020 season. After struggling in some early races once racing started up again in May, the 31-year-old driver is back to his old form – winning races and competing with the best across the country. 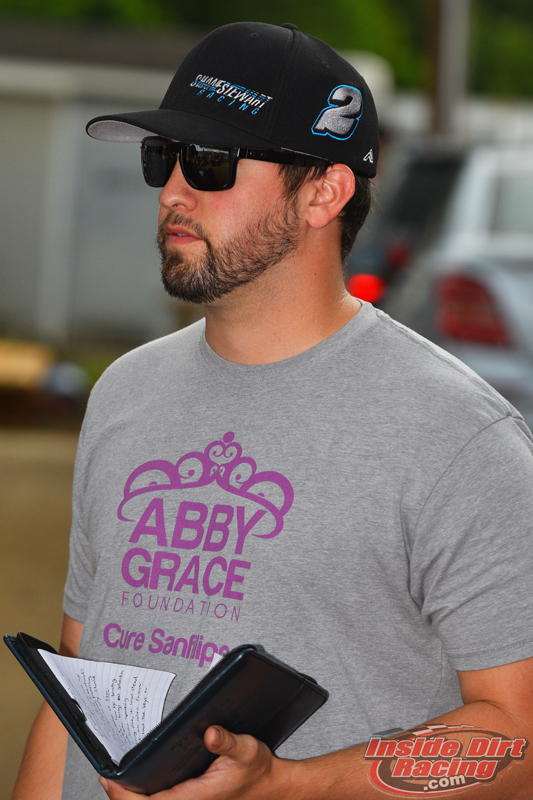 “It’s actually turned around a pretty good bit from where it started,” Ferguson said. “We have a rough start of it at Brunswick on the reload. We ran okay at the Winter Freeze in Screven. I think I ran third one night and tenth one night.”

“Ever since we got back after it at The Stream, that’s when we really got back after it. We struggled at Modoc and some of them other winter series races. We really weren’t that good. We came back at The Stream and ran fifth in it. Ever since then, we’ve knocked off three of wins, a couple of second places, some good runs with the Lucas Oil guys including a fourth at the Show Me. With the World of Outlaws guys, we’ve run good too. With the Lucas Oil guys, we run fifth at Gaffney. We run good here (Florence Speedway), but fell back in the end when we sealed a tire over. It’s been a pretty good year considering we haven’t run but 20 or 25 races.”

Not only did Ferguson score a fourth-place finish in the Show Me 100 in Wheatland, Missouri, he followed that up with a win in the Diamond Nationals the next night at Lucas Oil Speedway. He followed that up with three top 10 finishes in Lucas Oil competition including a fourth-place finish in Saturday’s Sunoco North/South 100 at Florence Speedway.

Ferguson sat on the pole for Saturday’s North/South 100 and ran second for the first part of the race before getting passed by Brandon Overton. Ferguson ran most of the race in the top five in a race that saw lots of comers and goers throughout the 100-lap affair. 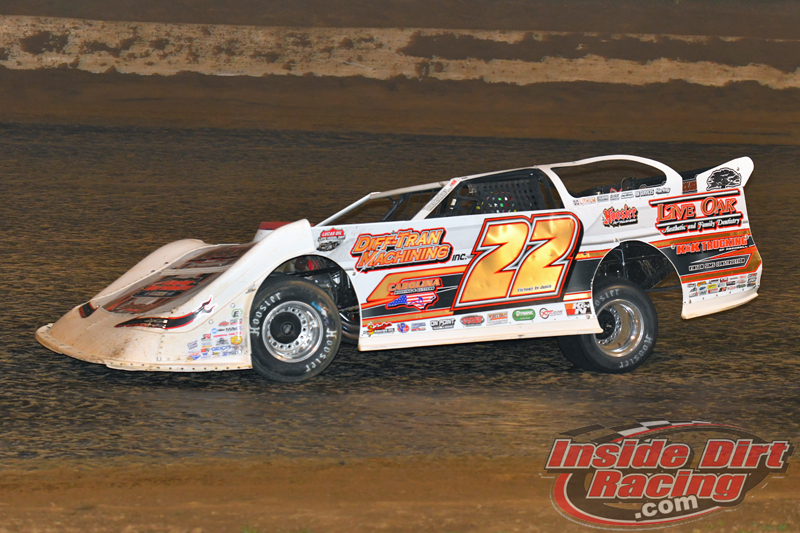 Chris Ferguson in the North/South 100.

Ferguson credits hard work and confidence for the turnaround.

“We’ve been working hard on our cars,” Ferguson stated prior to the start of the North/South 100. “This one car here we’re running here this weekend we ran it at the Diamond Nationals and the Show Me. This is our big race car. It doesn’t matter where we’re at, we know when we unload with it, we have a shot.

We ran ninth at the Silver Dollars Nationals with it. The first night, we finished ninth, but we drove up to like third or fourth with it, then fell back at the end. This car has been really good. Then the other car, we’ve won twice with it. We’ve got the other car really good. We’ve just been fine tuning on them. The motor package is similar on both cars. They don’t drive just alike, they’re pretty close. Now that we’re racing more regularly, and it’s not sporadic, we feel like we’re getting into the groove of things.”

Ferguson said his experience with running 100-lap races over the past two years has helped him as a racer.

“It definitely does (help),” Ferguson stated. “I tell everybody the last two years, 2019 and 2020, this is the most I’ve ever traveled. Not just traveled, but run these 100-lap races. Last year, the Dirt Track World Championship, The Dream 100, the Prairie Dirt Classic, The Firecracker 100, we had top 10 in all of those races. And then this year, Eldora, Show Me 100, Silver Dollar Nationals.”

“The more I come to these races, the more experience I get. And it does help me in these long shows. And helps me to learn how to drive that car. And when it’s challenging, like this place (Florence Speedway) is, you really have to pay attention to how you’re driving. I really got caught slipping on Wednesday. We went from being in contention, maybe not winning, but running second or third to finishing tenth because I manage my tires right.” 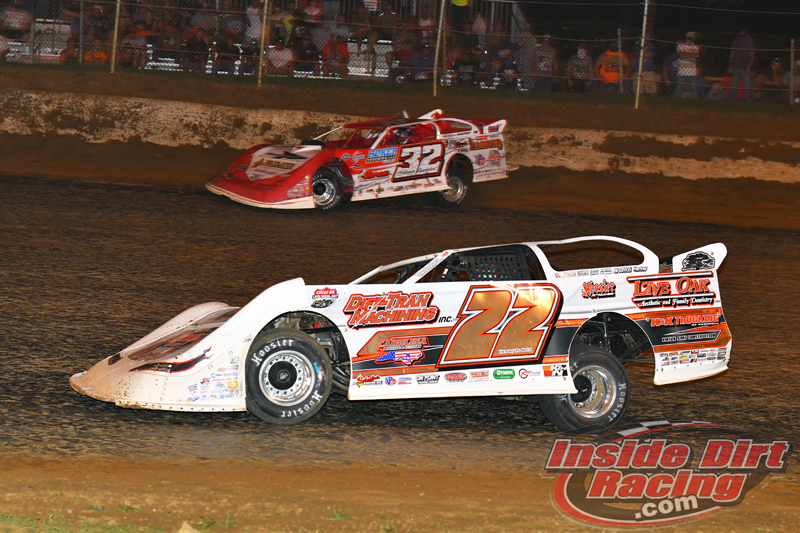 As the summer winds down and the fall months approach, Ferguson said he will continue to hit the road at these big-paying races in the upcoming weeks.

“We’re going skip next weekend, then we’re going to Port Royal for the Lucas Oil shows,” Ferguson said. “We have a sponsor up there, Doug Smith with Schaeffer’s Oil, they’re from that area. We’ve been wanting to go up there for two or three years, so this year is the year to go. And I’m sure we’ll be at all the big shows between Eldora and Portsmouth, in east Tennessee, North and South Carolina in between those bigger races.”