Four young SLM drivers whose progression is worth watching in 2022

Go to any big-time Dirt Late Model race that includes the top national stars in that form of motorsports and you will see that many of those well-known drivers are grizzled veterans who have been involved in racing for years. Championship winning drivers such as Scott Bloomquist, Jimmy Owens, Tim McCreadie, Jonathan Davenport, Darrell Lanigan and Earl Pearson Jr. are in their late 30’s and beyond. This is indeed a form of racing in which competitors can remain as front runners for a long time.

But with that said, those big stars are likely closer to the ends of their competitive careers than they are to the beginnings. So the question of where the next generation of champions will come from has to be asked. The sport’s future health depends upon the development of a younger set of rising stars who will eventually put their names at the top of the list.

Yes, there are several stars who are in their early 30’s or younger such as Brandon Sheppard, Brandon Overton and Devin Moran who are already among the dirt racing elite. But there can never be too many challengers for trophies and big paydays.

During the 2021 season, I took note of a few rising stars who have done enough in the ranks of Super Late Model competition to prove that they are worthy of consideration when a list of future front-runners is compiled. Below is a list of four up-and-comers who may not have yet burst onto the national scene but could soon be counted among the top contenders for major race wins and championships based how they performed last season in Super Late Model competition. 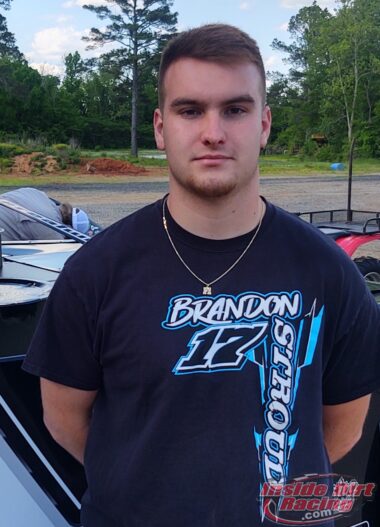 Payton Freeman – Payton Freeman of Commerce, Georgia made the decision at the beginning of the 2021 season to pursue ‘Rookie of the Year’ honors on the Southern All-Star Dirt Racing Series regional tour. By the end of the campaign, the 19-year-old driver had done much more than that. Not only did he claim the RoY award but he also took the overall series championship.

Freeman scored two Southern All Stars feature victories along the way in his No. F1 Capital Race Cars. He took the checkered flag at Tennessee’s Clayhill Speedway on May 1st then added another Volunteer State triumph at I-75 Raceway on August 21st.

In a story posted last year to InsideDirtRacing.com, the former standout high school football star stated that his ultimate intentions are to make it to either the Lucas Oil Late Model Dirt Series or the World of Outlaws CASE Construction Late Model Series. If the former Limited Late Model racer continues to progress at the rate he did last year, that does not seem like an unreasonable goal.

Sam Seawright – Sam Seawright of Fort Payne, Alabama made his most serious effort to date in the Super Late Model ranks in 2021. And that effort paid off with some solid runs, particularly with a Schaeffer’s Oil Southern Nationals victory at Georgia’s Boyd’s Speedway in July. At the same time, the Black Diamond Race Cars driver continued to add experience in the fastest of Late Model machines as the season played out. 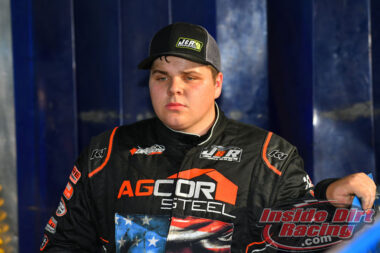 The No. 16 team also earned enough points with the Southern All Stars to place fourth in the final standings of that regional tour.

At the end of the 2020 season, Seawright gained attention for setting the overall fast time in qualifying for the historic National 100 at East Alabama Motor Speedway topping such notable stars as Brandon Overton and Dennis Erb Jr. And his progression immediately continued when the calendar flipped over to 2022 as he won in his first outing of the year by taking the checkered flag in the Cabin Fever event at Boyd’s Speedway.

In a story posted last season to InsideDirtRacing.com, Seawright declared that he would someday like to compete regularly on the Lucas Oil Late Model Dirt Series. To help gain the experience that will eventually allow him to achieve that goal, the rising star plans to race with the Valvoline Iron-Man Late Model Series as well as other events in 2022. Success at the regional level could propel him toward national recognition. 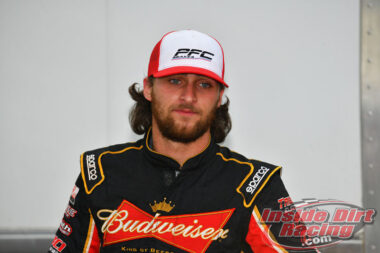 Cody Overton – At 24-years-old, Cody Overton is the elder statesman of this group but keep in mind that last year was the first real chance he had to drive consistently in a Super Late Model. After proving himself in Crate Late Model racing, the native of Evans, Georgia got an opportunity to drive Joey Coulter’s Rum Runner Racing machine during the Schaeffer’s Oil Southern Nationals mini-series. Although he did not win a race during those two weeks in the summer, a string of solid results led to a third-place finish in the final standings behind veteran racers Donald McIntosh and Dale McDowell.

The lessons learned there led to Overton earning a ride in a Rocket Chassis prepared by the Florida-based team owned by racer Jeff Mathews. To reward his new owner, the driver dubbed ‘Lil Sexy’ picked up his first Super Late Model victory just this past weekend in a Drydene Xtreme DIRTcar Series feature held in his home state at Lavonia Speedway.

Overton is quickly making his own name in Dirt Late Model racing. While he is Brandon Overton’s younger brother, many who follow the sport are beginning to recognize his accomplishments in their own right. But his relationship to the dirt racing superstar has benefitted his career. In a story posted to InsideDirtRacing.com last year, he spoke of how Brandon helped kick start his racing exploits.

Overton and his new team will be looking to tackle more big races as the season moves forward. 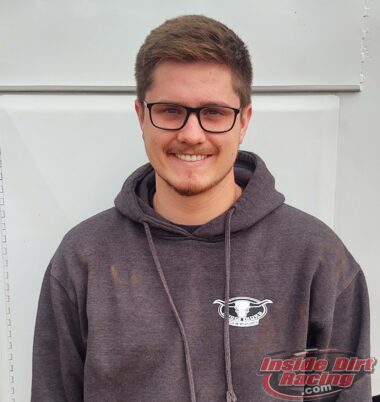 Carson Ferguson – Like Cody Overton, Carson Ferguson did not really get a chance to race in the Super Late Model ranks until he was in his twenties. But when he did finally get that chance, he made the most of it. As the end of the 2021 season approached, the Lincolnton, North Carolina driver joined forces with Donald Bradsher to drive a Longhorn Chassis for that owner whose Paylor Motorsports operation fields cars for reigning Lucas Oil Late Model Dirt Series champion Tim McCreadie.

The 21-year-old driver who has won Crate Late Model features offering five-digit payouts immediately found his way to the front in a Super Late Model. In his first two starts in the new ride with the Xtreme DIRTcar series at Lancaster Speedway and Cherokee Speedway, Ferguson twice brought the No. 93 machine home in fourth place. His total of four top-5 finishes currently has him ranked third in that mini-series overall standings.

In a story posted last year to InsideDirtRacing.com, Ferguson described the transition he has had to make from Crate Late Models to Super Late Models. Although he has relatively little experience in these cars, he has made great strides in only a short time.

Ferguson plans to run a mix of Super and Crate races in 2022. It will be interesting to see just how much more he can accomplish in the more powerful machines as the season plays out.

Young drivers on the fringe of making this list: Eli Beets, Cameron Weaver and Christian Hanger

I know that as soon as this piece is published the question of why I didn’t include this driver or that driver will be asked. This is not meant as a slight to anyone who isn’t listed. This is simply a rundown of young drivers who I believe are on the cusp of a breakout year in the Super Late Model division based on prowess they showed in that form of racing in 2021 as well as the early part of this season.

Keep in mind too, that my region is in the southeast. I know there are young hot shoes all over the country but these are the ones who I have seen most often.

Each of these drivers are worth taking note of as this season plays out to see if the promise they have already shown will continue.