Former Murphy Speedway to reopen in 2014 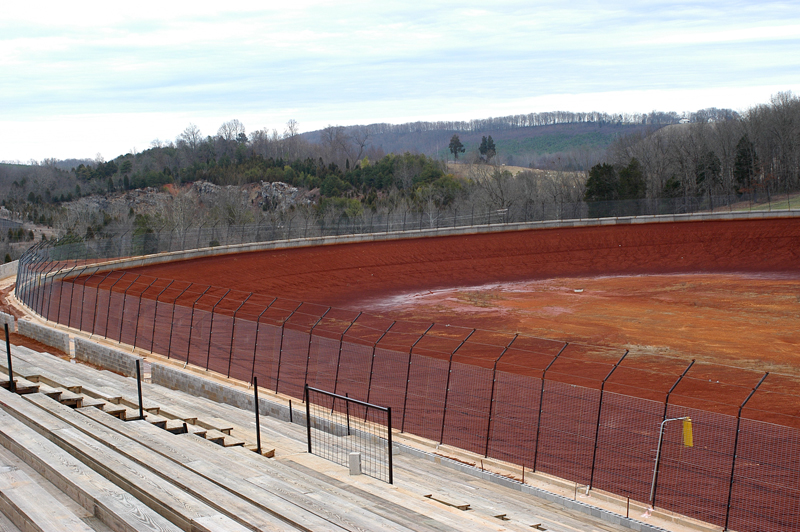 As the future of one east Tennessee dirt track is in limbo, another track is looking to reopen in 2014.

The former Murphy Speedway near Sweetwater is under new ownership. Doug Sopha and Monty Morrow are two of the partners involved with the new ownership. They are reconfiguring the track with plans to be open in April 2014.

When the track opened in mid-2004, it was a 5/8-mile track with a smaller track built inside of the bigger track. Because of the size of the 5/8-mile track, it was not popular with drivers.

Kenneth Murphy built the speedway with plans to eventually build a drag strip. After almost two year of promoting the speedway, Murphy closed the gates before leasing the facility to Scott Lyons. The track has remained closed for over 8 years.

The new ownership is building a new 1/3-mile track incorporating some aspects of the bigger track.

“The track is going to be just over a third of a mile,” Morrow said. “It will be just a bit bigger than Boyd’s, but will have about the same amount of banking as Boyd’s. We still have quite of bit to work to do, but we are planning on being open in April of 2014.”

Plans are to run on Saturday nights with classes to be announced. The tentative name of the track is I-75 Motor Speedway. Morrow added classes and rules will be announced in the coming weeks.