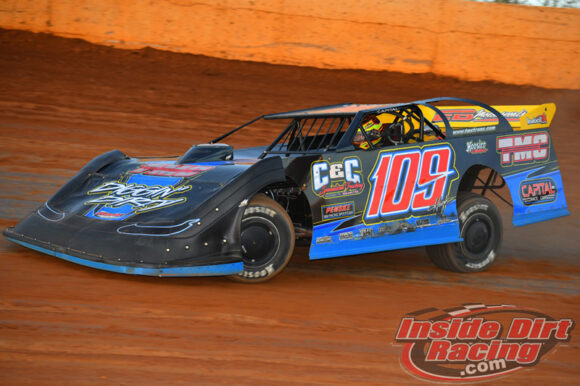 The American Crate All-Star Series returned to Smoky Mountain Speedway on Saturday evening for the second night of the King of the Mountain event. Young Eli Beets proved to be dominant in the feature race for that touring series as he rolled to victory on the Maryville, Tenn. track. The Knoxville, Tenn. driver earned a $3,000 for his efforts.

Cameron Weaver was fastest in qualifying for the Crate Late Model cars as he turned a lap around the 4/10 mile clay oval in 17.450 seconds to beat out Eli Beets, Josh Henry, Carder Miller, Matt Long and Tyler Arrington.

The top-6 from time-trials were then invited to a dash race that would set the first three rows on the starting grid for the feature race. The dash was won by Beets followed by Weaver, Henry, Miller, Arrington and Long.

Greg Martin won the first heat race of the night by beating out Bradley Lewelling, Jensen Ford and Brandon Miller while Logan Roberson took the second preliminary ahead of Trevor Sise, Ross White and Colton Profitt.

It was Jake Teague who was victorious in the third and final head over Cory Hedgecock, Zach Sise and Brett Wyatt.

Beets immediately went to the lead when the green flag was displayed to the field at the start of the 40-lap race. Weaver, Henry, Miller and Trevor Sise followed in the leader’s tire tracks. The action was intense from the start as Miller, Sise andTeague found themselves entangled in a three-wide battle for positions 4-6 on the second circuit. 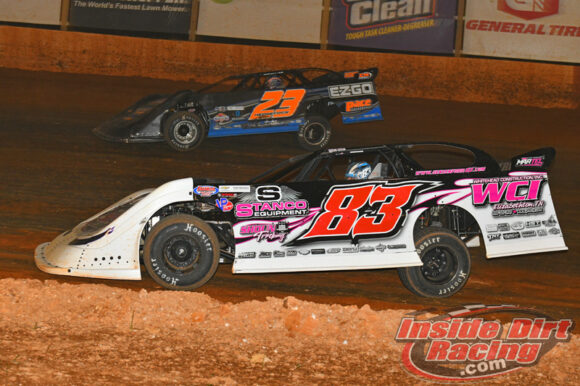 By lap 5, however, Beets and Weaver began to separate themselves from their pursuers as they broke away from the pack. And as is often the case in a race that runs for long stretches without a caution, slower traffic became a factor. Beets and Weaver worked their way through the lapped machines with Weaver closing right to the rear spoiler of Beets in the process.

Further back, Henry was busy fighting off the advances of Miller, Sise and Teague as those drivers wrestled for positions 3-6. Sise took fourth away from Miller on lap 16 then Teague worked around the Friday night winner to fifth one lap later. 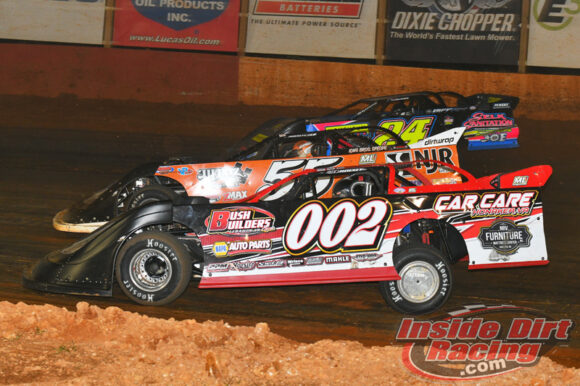 Sise continued to rise when he grabbed the third position away from Henry on lap 21. A few laps later, Teague would also move around Henry to assume the fourth spot in the running order.

A lap 36 caution for the slowing car of Martin set up a dash to the finish. Beets was able to out run any potential challenges while Teague was able to move by Sise to get third. But in the end, it was Beets who would sail under the checkered flag for the victory.