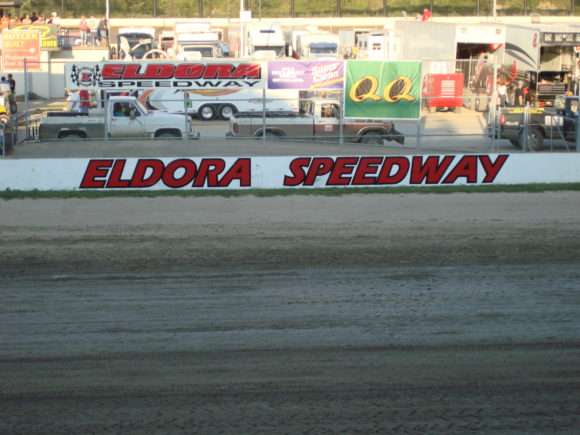 Are you part of a Dirt Late Model team or a fan of one that is having a poor season but is working hard to make it better? There’s no place on Earth better to do that than the Eldora Speedway and no better time to do it than this week.

Are you part of a Dirt Late Model team or a fan of one that is having a good season but is working hard to make it great? There’s no better place to do that than the track located in Rossburg, Ohio and no better time to do it than this week.

And finally, is your team having a great season but working hard to turn it into one for the history books? Just about the only place to do that is at the Eldora Speedway and the only time to do it is this week.

There are many racers out there who would tell you that they are not having the season they had hoped for back when they were preparing their car(or cars) for the upcoming campaign. The wins either haven’t come at all or have been fewer and further between than was thought possible during the past off-season. But this week at Eldora could turn those negative feelings to positive quickly.

And it isn’t just winning the World 100 feature on Saturday night that could bring about a mental reset for those who have struggled during this campaign.

There will be several opportunities to make up for earlier disappointments. This week will feature the resumption of the rain interrupted Dirt Late Model Dream from back in June on Wednesday. Those drivers who had made the feature for that $128,000-to-win show will have an immediate chance to right some wrongs when that event restarts with 14 laps already in the books.

Eldora will also stage a pair of features on both Thursday and Friday evenings which will dole out $10,000 each to the victors. While some will enter these preliminary races looking for no less than a win, others could turn a season around for the better by simply turning a qualifying lap that causes observers and fellow competitors to sit up and take notice. Maybe a surprise heat race win would do the trick for others or ending the night with a podium finish on Eldora’s famed victory lane stage might be the answer that has previously eluded those whose seasons haven’t to this point lived up to expectations. 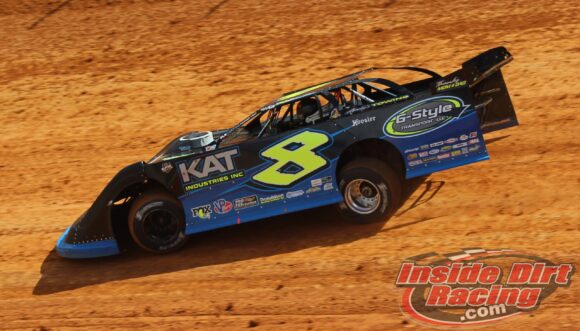 Kyle Strickler is just one example who comes quickly to mind as a guy who has worked hard this year but just hasn’t had many breaks to go his way. And besides, it feels like this half-mile clay oval owes the North Carolina driver one after a blown tire dealt him a heartbreaking defeat in the 2020 Intercontinental Classic. Any sort of success this week could go a long toward turning a season around for a driver such as this.

Certainly, there are drivers and teams out there who have picked up a few wins here and there and are having what they might label as a good season. This week provides an opportunity to make it a great season in just three or four days time. Even by just winning a preliminary feature at this track would be worth far more than simply a $10,000 payday. To forever be known as an Eldora winner allows for bragging rights that cannot be achieved anywhere else.

Star racers such as Jimmy Owens, Devin Moran and Shane Clanton have proven they can win big races. Each has scored victories in 2022 and have had good seasons to this point. Another popular driver, Brandon Overton, who was so good at Eldora last year, has had some nice wins, including one that paid $50,000 but some may have expected even more from the No. 76. A win this Saturday could make it a great season for either of these well known figures in the sport. 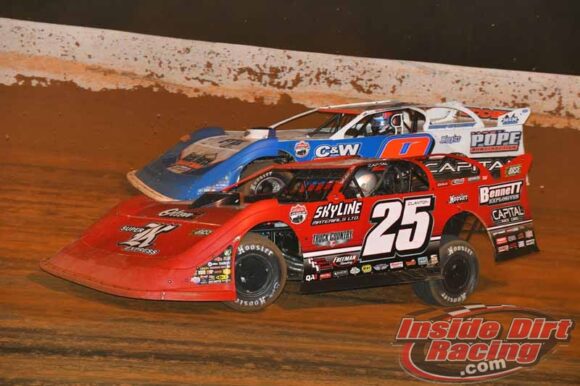 And of course, winning the $55,000 first prize on Saturday night along with a Globe Trophy that would forever serve as the centerpiece to any display comes not only success but lifelong fame. For example, John Blankenship has had a nice career as a Dirt Late Model driver with several quality wins and other accolades but he is always introduced to crowds at the race tracks where he competes on a limited basis as a former World 100 winner.

Lastly, one driver will enter this weekend with a chance to make a great season historic… or rather, more historic. Jonathan Davenport has done a lot of winning this year, including the Eldora Million back in June, but he could definitely put a nice bow on top of a great 2022 effort by winning a fifth World 100. 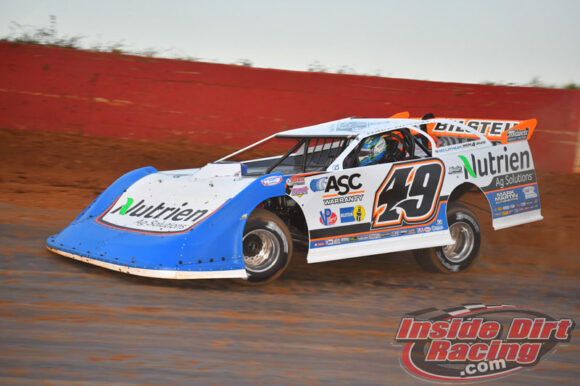 Jonathan Davenport has already had an amazing season

There are a number of great tracks out there that host big dirt racing events, but Eldora Speedway is the pinnacle of this form of motorsports. And the World 100 has for many years been seen by observers as well as participants as the most coveted race of them all. The Globe Trophy which will be awarded to the winner on Saturday night is the most sought after prize in Dirt Late Model racing.

Despite the fact that there are richer races on the schedule, this one has always maintained its status as THE race every one who has ever sat in a Dirt Late Model race car wants to win. One driver will do exactly that this week. Perhaps a previously poor season will be made good or a good season will be made great.